Remember the Liquid Jade Primo? Acer first announced its new Windows 10 Mobile flagship at the beginning of September, but despite going on to host a local promotional event for it in the Philippines in October, the device still hasn't gone on sale yet.

However, that will soon change, as it's been confirmed that that the Liquid Jade Primo will finally go on sale in February - five months after its original unveiling. It will launch first across Europe, the Middle East and Africa (EMEA), before rolling out to other parts of the world.

Acer's guide price of €569 EUR directly converts to around $620 USD / £420 GBP / Rs.41,000 INR - but Microsoft emphasized today that "exact specifications, prices and availability will vary by region" (i.e. don't pay too much attention to straight-up currency conversions). In the Philippines, for example, Acer said in October that the Jade Primo will be priced at 18,990 PHP, or just over $400 USD at current market rates. 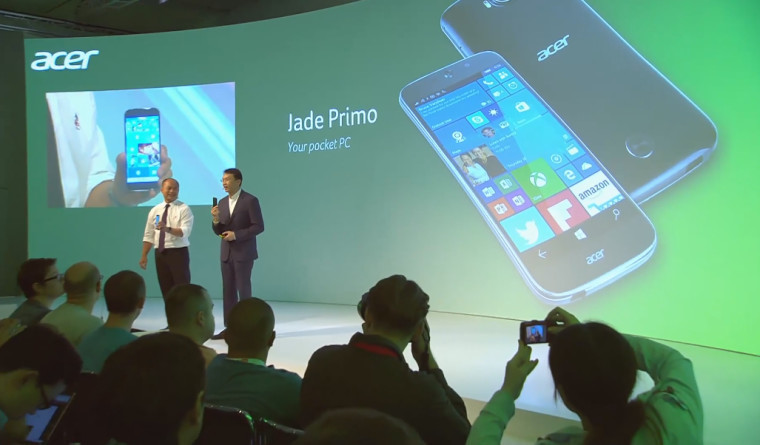 Acer's tagline for the device is 'your pocket PC' - a reference to its support for the Continuum feature in Windows 10 Mobile, allowing users to connect a mouse and keyboard to the phone, and then hook the phone up to a larger display or TV. This effectively transforms the handset into a highly portable 'mini PC', complete with a desktop-style interface and Start menu.