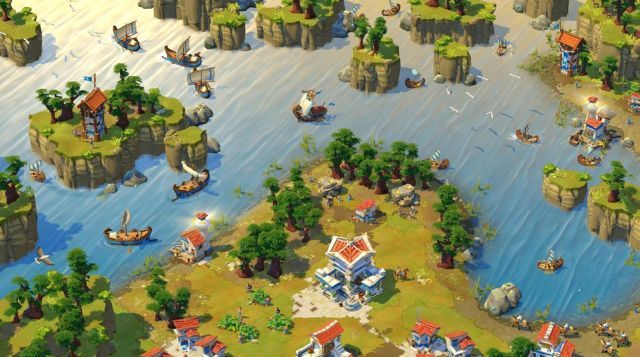 Microsoft's first major PC exclusive game in several years, Age of Empires Online, is currently in closed beta testing but from now until Saturday you can get immediate access to the beta test for the upcoming free-to-play RTS game. The Games For Windows Marketplace web site is letting anyone with a Games For Windows Live account download the beta from now until around 2 pm Eastern time on Saturday.

Microsoft first announced its plans for Age of Empires Online back in August 2010. The game is a new version of the hugely popular Age of Empires RTS series that was first created and developed by Ensemble Studios which Microsoft decided to shut down in March 2009. Originally the game was being developed by Robot Entertainment, a new game studio formed by a number of former Ensemble Studios team members in Dallas. However, Microsoft announced earlier this year that Robot Entertainment was out and Age of Empires Online' development was being continued by Seattle-area developer Gas Powered Games, makers of games like the first two Dungeon Siege games and the Supreme Commander RTS series.

Microsoft has been pushing its Games For Windows Live service to PC game developers and for the last few years. However, the company has not published a major PC game on its own since the PC port of Gears of War back in December 2007. Later this month, that long gap is finally broken with the release of the PC port of Fable III. Age of Empires Online, which will allow anyone to play the game for free but will also add support for paid content "Booster Packs" will officially launch later this year.