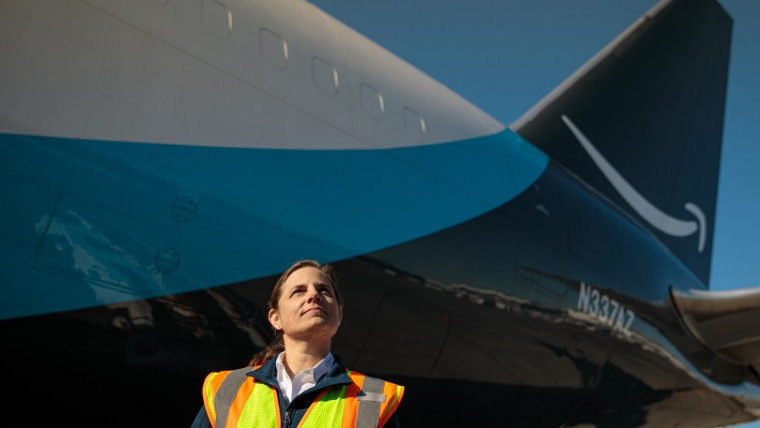 Amazon has announced that its cargo delivery airline, Amazon Air, is set to begin using sustainable aviation fuel (SAF) provided by Shell Aviation and produced by World Energy. Initially, the firm has acquired six million gallons of the fuel under a 12-month deal. While the fuel helps Amazon reduce emissions, Amazon helps the fuel become more viable as a product.

Sustainable Aviation Fuels are different from standard aviation fuel because they are derived from renewable resources and generate fewer carbon emissions. The particular fuel that Amazon acquired includes feedstock of inedible agricultural waste fats and oils. The retail giant said this fuel will reduce carbon emissions by up to 20 percent.

“Development of more efficient air cargo solutions is critical to achieving our goal of net-zero carbon across Amazon by 2040. We're already reducing carbon across our air network, from our ground operations—where we were the first to use electric main deck loaders in North America—to our fleet and network design. Using sustainable aviation fuel is a natural next step, and one that calls for continued action. We encourage other companies to join us in the effort to engage with suppliers to create more fuel alternatives.”

In order to meet its goal of becoming a net-zero emitter by 2040, the company has purchased 100,000 electric vehicles, it has committed to using 100% renewable energy as soon as 2025, it offsets remaining carbon emissions through a $100 million Right Now Climate Fund, and most recently, launched the Climate Pledge Fund which will help it and other firms become net-zero.