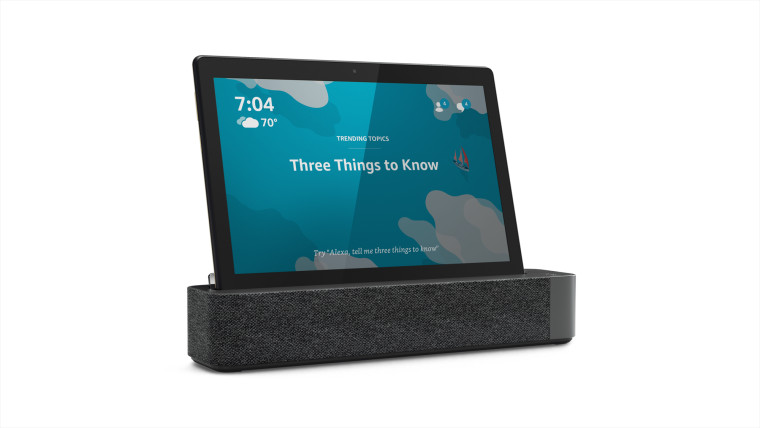 Lenovo came out with a small range of smart devices at CES this year, all of which had either Google Assistant or Alexa, including the smart tab M10 which comes with a smart dock that also has a speaker. The set usually retails at $249.99 for the 32GB variant, but Amazon slashed $50 off the price today and is now selling the smart tab plus dock for $199.99. As far as deals go, this one is quite nifty and makes for a decent amount of savings.

The two-in-one tablet has a 10.1-inch full HD display with a screen resolution of 1920x1200 and two dual front Dolby Atmos speakers. It runs Android Oreo out the box and is powered by an octa-core Snapdragon 450 1.8 GHz processor. It has 3GB of RAM and 32GB of internal storage space, expandable up to 256GB via external micro-SD card. On its own, the M10 functions like any other Android tablet. But when docked in, it transforms into an Alexa-enabled smart screen, similar to the Amazon Echo Show.

The hands-free Alexa voice command can be pretty useful in the kitchen to look up recipes without dirtying the screen, or perhaps for listening to music while cooking - again, without smearing food all over your precious $200 tablet. You can purchase the Lenovo smart tab M10 with the smart dock/speaker at Amazon's online store.