Microsoft's series of YouTube videos that promote the use of Internet Explorer have ranged from making fun of the earlier versions of the web browser to asking questions like, "Do Twinkies last forever?" Today, the official IE YouTube channel has published yet another unique clip that was made for the Singapore office.

The clip is actually a short anime film, originally made for the Anime Festival Asia 2013, features a girl running in a bombed-out section of a city, and under pursuit by a series or rather nasty robots. At one point, it looks like the automatons have the child in their sights.

We then quickly see the girl transform into an powerful anime heroine, complete with a Microsoft four color logo on the back of her dress and an IE logo for a hair pin. She proceeds to use her newly revealed powers to devastate the robot horde, likely representing malware and infected websites. 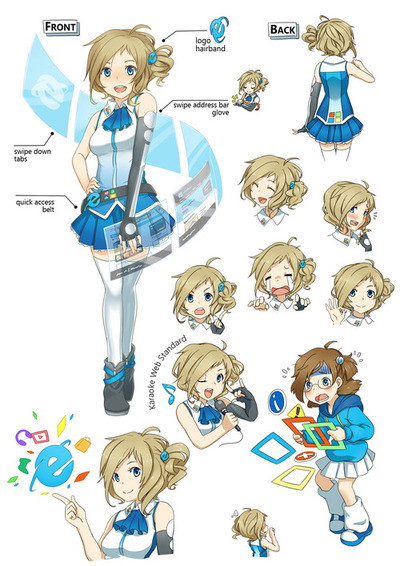 While Microsoft's U.S. operations may have uploaded the video to the IE YouTube channel today, the anime mascot, which has the name Aizawa Inori, has actually been around for a few months. It was created by Collateral Damage Studios just as an effort to design an IE mascot. It would appear Microsoft caught wind of their work and decided to turn their fan creation an official IE promotional effort.