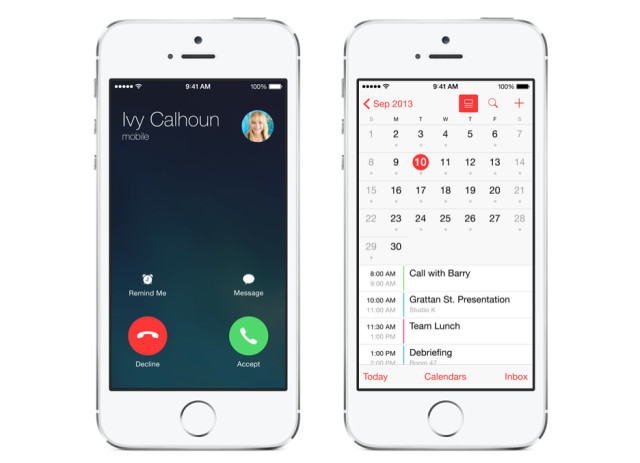 Apple today released iOS 7.1, the first major update to iOS 7, with bug fixes, UI tweaks and CarPlay. The update has been available to developers since November last year, suggesting Apple has put considerable time and effort into this upgrade and to smooth out a variety of issues that users have complained about since iOS 7's release.

The update's interface tweaks include a new shutdown slider as well as faster animations throughout the system, which speeds up the launching of apps and multitasking. There are also new accessibility options that include outlined buttons and reduced animations, according to Apple's release notes.

CarPlay is a feature that allows iPhone users to use their car's dashboard display with iOS and is now available on select cars; Apple rebranded this feature earlier this month and demonstrated it at the Geneva motor show.

CarPlay also integrates Siri, Apple's voice assistant, which has had significant upgrades in iOS 7.1 including a new way to manually control when Siri listens - this is useful in noisy places where Siri may not be able to distinguish between your voice and background noise. There are more natural-sounding voices for Mandarin Chinese, UK English, Australian English and Japanese, which make the service far more appealing.

The Music and Calendar apps have been updated too and an option to buy a song from the now playing screen when listening to iTunes Radio was added with the update.

A variety of bugs have been fixed and performance improvements on the iPhone 4 will surely be met with much acclaim. Apple also notes that bugs that previously caused regular home screen crashes have been squashed - something that has annoyed thousands of users over the past few months.

We now expect Apple to be in full swing in iOS 8's development which will likely be announced in June at WWDC.