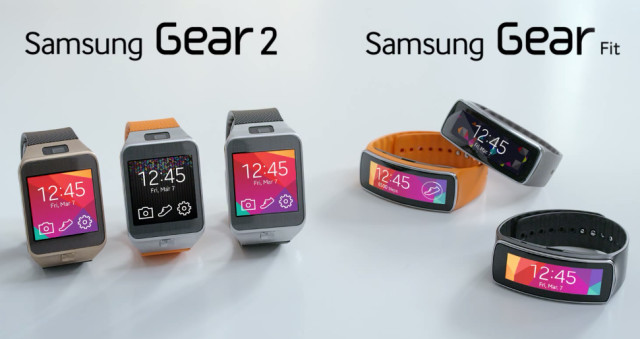 Taking the world by storm at this years Mobile World Conference, Samsung unleashed not one, but several devices that are aimed at captivating the market. A month later, looking to entice potential customers, Samsung has released a couple of official hands-on videos of the Gear 2, Gear Fit, and Galaxy S5. There isn't a shadow of a doubt that these videos are aimed at first time buyers or even those that are on the fence.

Each video makes great use of the time by clearly explaining some of the key features of each unit and how these are benefits for the product. Probably the most impressive of the lot is the newcomer to the Galaxy family, the Gear Fit. Utilizing a curved Super AMOLED display, the device seems to perfectly conform to the slopes of the wrist and swiping on the screen seems effortless. Not only is the Gear Fit a health device, but it can also handle your day to day tasks like text messages, calls, and other notification based applications. With a month until release, Samsung seems to be in a position to do well in 2014 with a combination of new devices; the Gear 2, Gear Fit, and Galaxy S5 will release globally on April 11th.