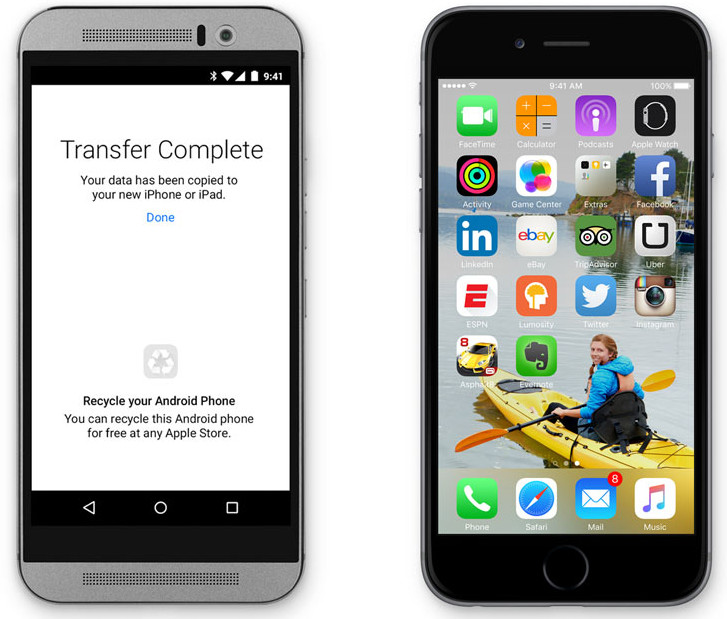 Just a day after WWDC 2015, Apple is taking no prisoners in the epic battle of mobile market share. Now, the company is invading Android's own platform to help make a seamless transition for anyone switching their device from Android to iOS for the upcoming release of iOS 9.

The company posted an update on their iOS 9 preview page titled "Android Migration," detailing how current Android users can quickly and easily transition all of their data - from contacts, pictures, message history, calendars, and even music - to their new iPhone running iOS 9.

"Just download the Move to iOS app to wirelessly switch from your Android device to your new iOS device," the page says. "It securely transfers your contacts, message history, camera photos and videos, web bookmarks, mail accounts, calendars, wallpaper, and DRM-free songs and books. And it will help you rebuild your app library, too. Any free apps you used — like Facebook and Twitter — are suggested for download from the App Store. And your paid apps are added to your iTunes Wish List."

The Move to iOS app works wirelessly, transferring data over WiFi or a data connection. The app isn't currently available on Android, however - it will likely launch around the same time as iOS 9, which is slated for release later this year - so there's no indication as to how the transfer works.

Although we can't observe the app's limitations as of yet, Android users seeking a switch to Apple will be happy for the promise of a (relatively) seamless transition.