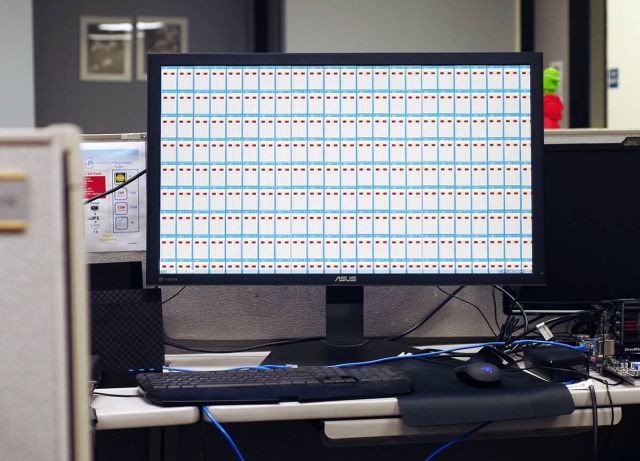 Owning a desktop display that supports HD resolutions is officially passe for hardcore hardware junkies; the next level is getting one that has support for 4K resolutions. One of them is the Asus PQ321Q, which will become available later in July.

The Asus PQ321Q has a top resolution of 3840x2160 inside its large 31.5 inch display. But sometimes pure numbers just don't give an idea of just how much content the monitor can display at once. In that case, the picture on the Asus Facebook page truly shows how the monitor can be used in a weird, but cool way. The monitor is shown running 207 instances of the classic game Minesweeper at the same time.

You might be asking yourself, "Yeah, but why would I run 207 instances of Minesweeper at the same time?" Of course, that's not quite the point. The point is that, well, it's just cool to be able to have the capability to do something as wild as that.

Of course, buying a 4K monitor is not for the cash strapped PC user. Asus is taking pre-orders for the PQ321Q display right now for shipment on July 16th, but it will cost a whopping $3,499 to have the privilage to run 207 Minesweeper games.