The KM-G3 is AUKEY’s recently released mechanical gaming keyboard. The consumer electronics and mobile accessories company launched the model this past July and it is currently the only one available for purchase on Amazon.

At 2.1 lbs., the KM-G3 wired keyboard is relatively compact and has an understated profile. Despite its modest design, it does benefit from a solid construction and a myriad of lighting effects. Over the past week, I have used it as my daily driver for everything from writing articles (including this review), to light gaming to normal web browsing and found it very capable, despite a few quirks. Read on below for my full impressions. 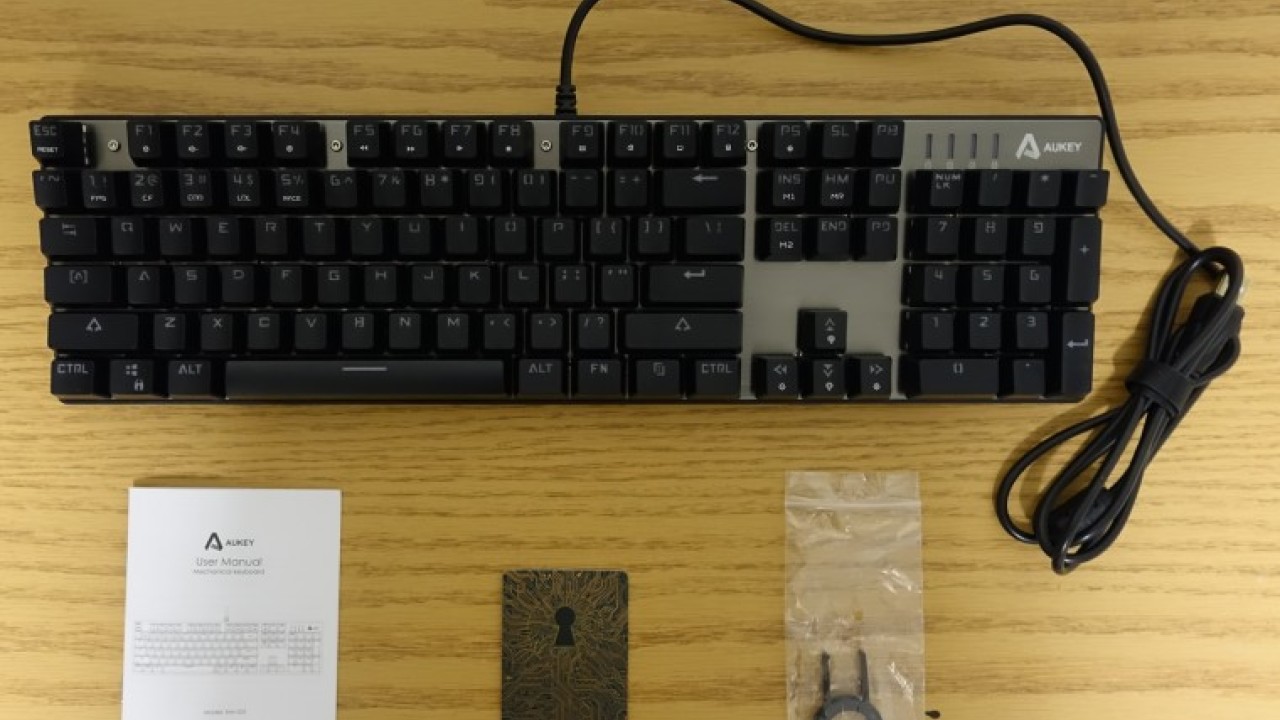 The packaging for the KM-G3 is minimalistic and sparse. The keyboard arrived inside a simple white cardboard sleeve with basic identifying labels and a product photo. A clear plastic cover was the only other material protecting the keyboard, which included a quick start manual, a 24-month warranty card and a key removal tool.

Setting up the KM-G3 was as simple as plugging it in to my computer via the hardwired USB cord. When connecting it for the first time (or any subsequent times) the keyboard cycles through a few different lighting patterns before defaulting back to a non-backlit state, indicating that it has successfully paired. The connection process only take a few seconds to complete. 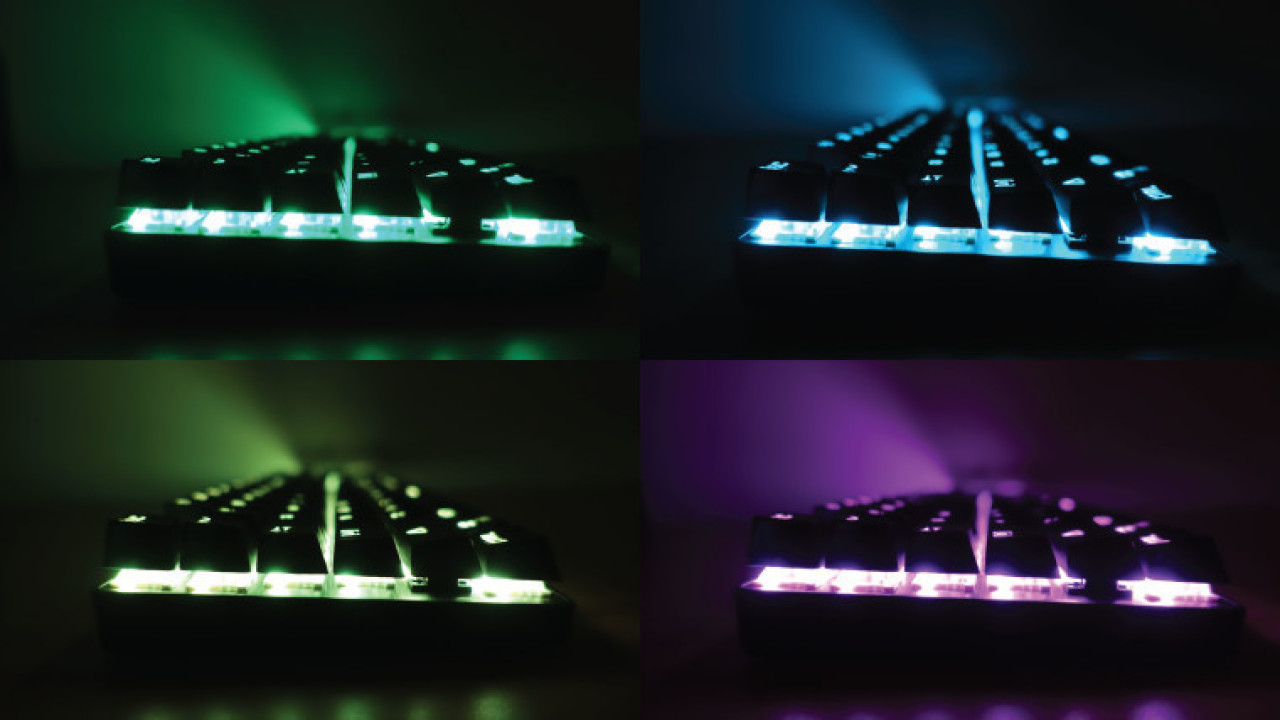 The 104-key design feels spacious to type on and allocates plenty of room for the arrow keys, a refreshing break from the cramped design of my own laptop’s keyboard. Additional features include, a full numeric pad, multiple built-in function keys and a key lock indicator panel, which glows a bright blue when enabled. AUKEY also claims that the individual keys are good for 50 million clicks.

The font on the keyset could use improvement. The type is certainly large enough, but the lettering is too blocky for my taste and is hard to read at a quick glance. The lettering placement could have been altered as well, since the it tends towards the top edge of the keys rather than in the center. Either choosing a more neutral font or fixing this placement would have improved its legibility. 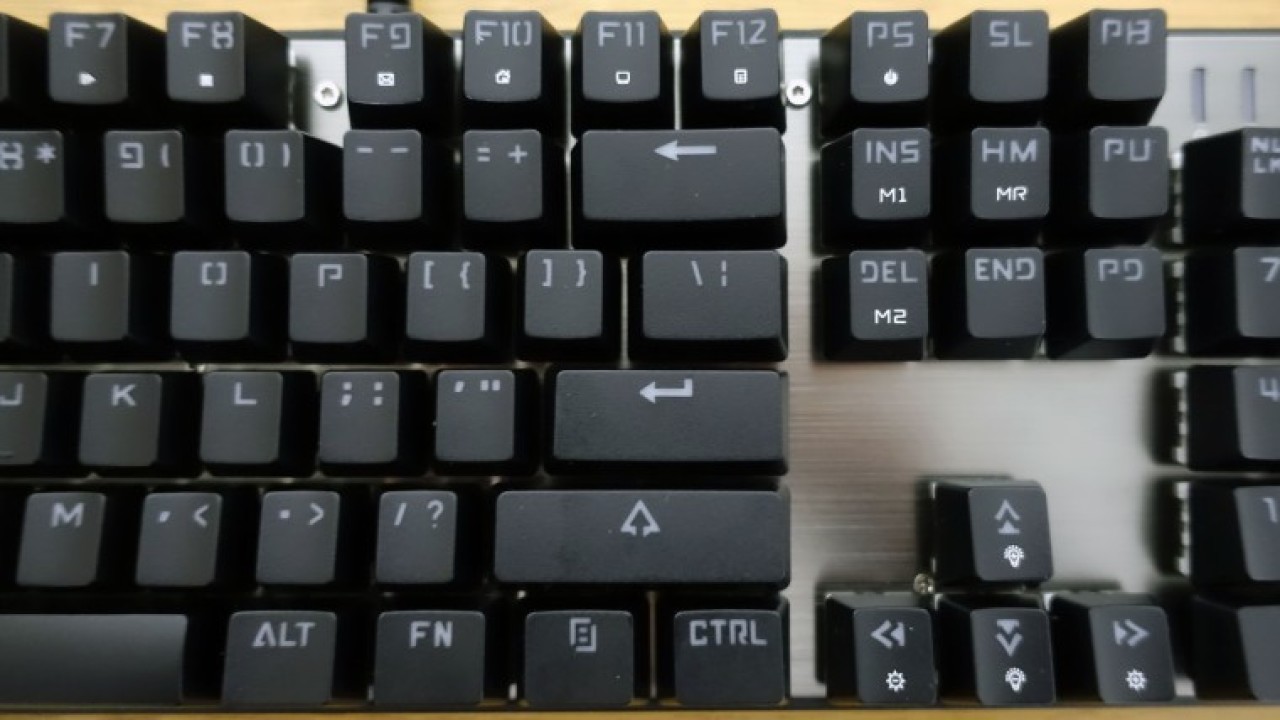 The KM-G3’s RGB lighting is phenomenal. The keys are all individually lit with a very even distribution across the board. There are eight main backlight colors: red, yellow, green, light blue, blue, pink, white, as well as a rainbow color mode. In addition, there are different lighting style presets including a pulsing effect, a mode that only lights up on the individually pressed key and a setting which continuously runs the full spectrum of colors across the keyboard. Of course, there are also more typical and visually stagnant modes, which are very visible in normal lighting settings and glow brightly in dark rooms.

Dedicated media keys are always preferable to the function keys included here, even if it would increase the device’s physical footprint. For extended use cases, the model would also benefit from including a palm rest, as the keyboard is a bit tall even without the mechanical feet extended.

The keys themselves have a good depth to them and like all good mechanical keyboards, feel substantial when fully pressed down. Their hard plastic material nicely complements the brushed metal look of the actual deck. A few exposed screws on the keyboard give it an industrial look, which I find appealing, but that comes down to personal preference.

Individual keys do wobble a bit when pressed on the side, but when typing normally, they feel solid and responsive. There were a few times that rearranging the keyboard on my desk caused the plastic feet to retract unexpectedly, but for the most part it stayed in place and felt well-grounded. 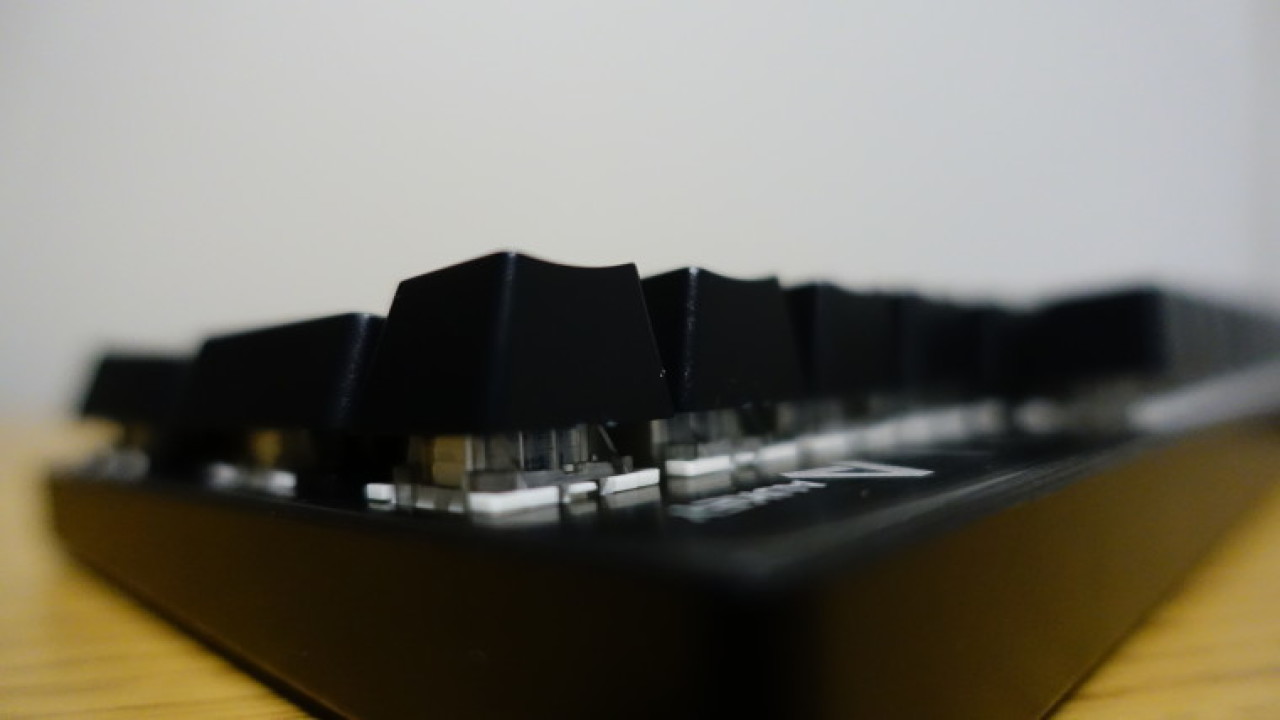 The Outemu blue switches found on the keyboard are certainly loud enough and emit a satisfying click with each press. For reference, in a closed room with a noisy Manhattan backdrop, the keyboard could still be heard from directly outside the door. While it is not great for small spaces or offices, the noise is reduced to a (barely audible) tapping noise when I was listening to music through headphones.

The function keys worked well out of the box on Windows 10. Groove Music, for example, responded immediately to song navigation and volume changes, even though these commands had sometimes been finicky with other keyboards.

As a gaming keyboard, the KM-G3 has a few relevant features such as preset lighting effects for different genres like first person shooters (FPS) and racing games. I tested out the keyboard with Overwatch, Blizzards epic animated FPS, as well as with Rocket League, the indie sports/racing mash-up from Psyonix.

Upon booting into each game and into a competitive match, I found that the keyboard mappings did not correctly pair with what I had previously set up, specifically when it came to the WASD and arrow keys. The two were reversed in each game and required me to reassign each key press. Strangely enough, when I exited the games to the desktop, some of the mappings still did not revert back to normal. A quick disconnect of the keyboard reset these mappings back to their default state.

Once the mapping issue had been resolved, the keyboard performed admirably in-game with crisp and accurate presses and transitions. The pre-configured layouts were not immediately useful, since they are intended for specific titles and can not be further customized by the user. 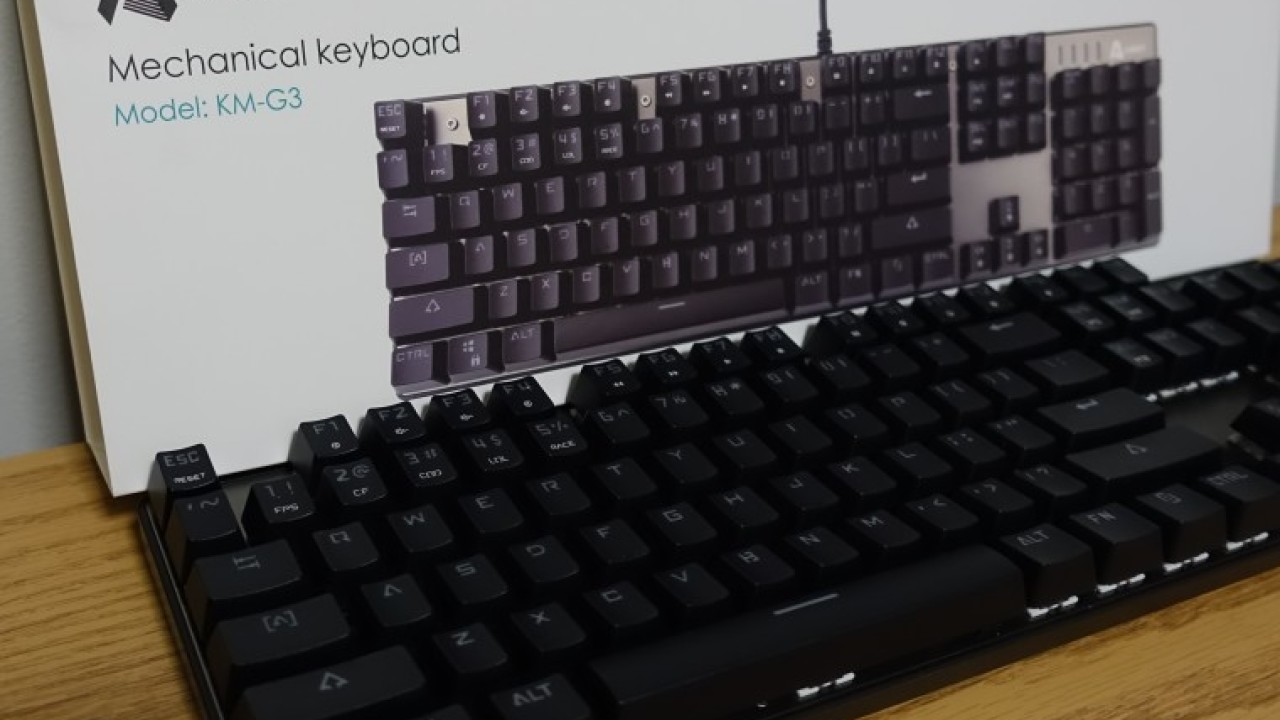 The $89.99 price tag positions the KM-G3 as an entry-level mechanical keyboard and ultimately, that is how it performs. It nails the core functionality with a substantial and accurate typing experience and its lighting schemes are commendable. However, slight build quality issues and the strange font choice for the keys, hold the KM-G3 back. Gamers on a budget would still do well to first give this keyboard a chance before purchasing more expensive models.

Note: This keyboard was provided to me by AUKEY for review. Those interested in the keyboard can purchase it for $67.99 directly from Amazon, discounted from $89.99 at the time of publication.