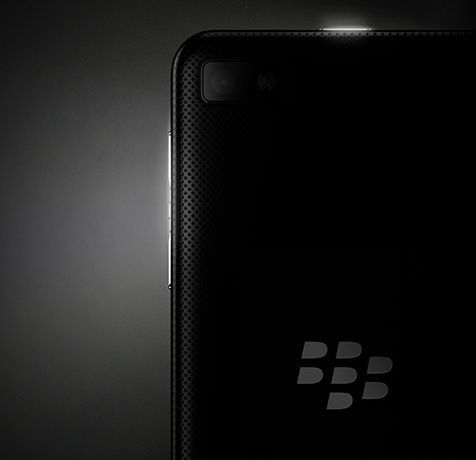 There have already been a number of leaked images, and even a video, showing renders of what Research in Motion is apparently working on for its upcoming BlackBerry 10 hardware. Today, RIM launched a new teaser site for BlackBerry 10 that finally showed a small glimpse of the first BlackBerry 10 device.

The image from the teaser site shows a darkened photo of what we would guess is over two thirds of the back of the smartphone, with a prominent BlackBerry logo and what looks like a textured back for its case. Previously leaked render images indicated that the first BlackBerry 10 device will in fact be a touchscreen-only smartphone, but RIM will also release a BlackBerry 10 product with its well-known physical keyboard as well.

RIM has already announced that it will hold a number of press events around the world on January 30 to officially announce BlackBerry 10 and the corresponding hardware product. The first phones should launch later in 2013. The company had previously released prototype hardware devices to software developers, but the final shipping product could differ from what was given out to developers.