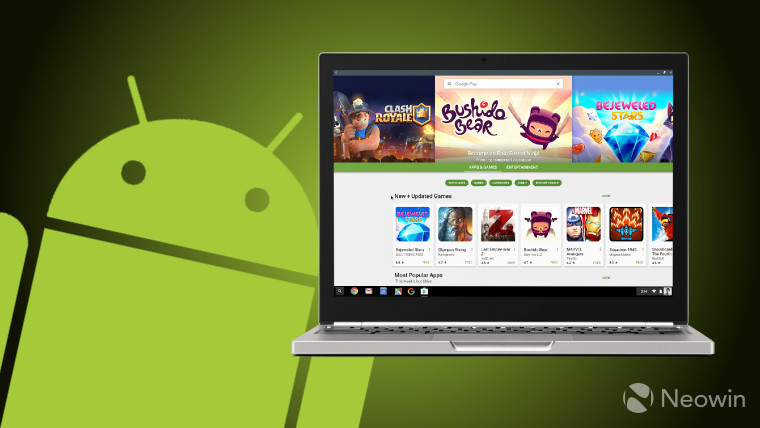 A new update is rolling out to Google's Chrome OS, bringing it to version 71, the same as the browser itself. Following the release of Chrome OS 70 a couple of months ago, which introduced a new one-handed keyboard and a few refined aspects of the interface, this release includes a handful of improvements.

One notable change is the new unified linking between Chrome OS and Android phones, which groups phone-related features into the same group of settings. These include things such as the ability to lock or unlock your Chromebook when your phone is nearby and so on. Another notable addition is integration with Android Messages. This is basically the same Messages for Web experience launched a few months ago, but it includes the ability to reply to messages directly from notifications.

Other improvements include a new design for the Camera app, which also now includes a portrait mode in the Pixel Slate. Google Assistant is also integrating natively into the OS, starting with Google's own tablet. Here's the official changelog:

As is often the case, Google's list of changes doesn't tell the whole story, and 9to5Google points out that this release also includes improved support for Linux, with virtual machines now showing up on the task manager. It's also easier to shut down a Linux VM directly from the app icon on the dock.

Being based on the Chrome browser, the OS also gets some of the same features added to Chrome 71, such as automatically blocking ads from abusive websites. The update should be rolling out now, so if you have a compatible device, you should be able to install it to get the latest improvements.