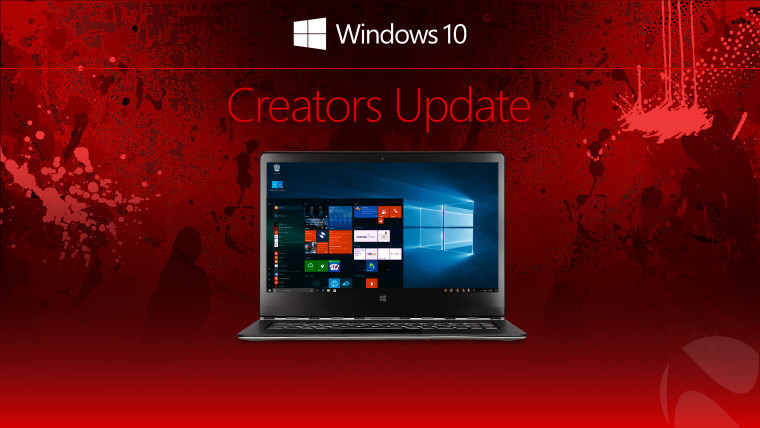 In October - alongside its new Surface Studio all-in-one PC, and Surface Dial rotary input device - Microsoft announced details of the Windows 10 Creators Update, the next major suite of improvements and additions to its OS. Microsoft didn't commit to a firm release date for the new update, beyond stating that it would arrive sometime in "early 2017".

Internal references to Windows 10 'Version 1703' previously hinted at plans to make the Creators Update available in March, as the first two digits of the OS version number are intended to refer to the year of its release, while the last two refer to the month. But a few days ago, a report claimed that the final version number will actually be 1704, pointing towards an April rollout.

At the CES industry expo today, Dell confirmed that the Creators Update will indeed arrive in April, as Petri's Brad Sams noted on Twitter. Dell also unveiled a new UltraSharp 8K Monitor today, along with the XPS 27 all-in-one and Surface Studio-style Canvas PC.

Key improvements in the Creators Update will include:

Assuming the Creators Update does indeed arrive in April, its rollout will begin just a few weeks before Microsoft's Build 2017 developer conference, where the company will likely announce key details about its Windows 10 'Redstone 3' update. That update, which is due towards the end of the year, will include a refreshed user interface, screenshots of which emerged earlier today.