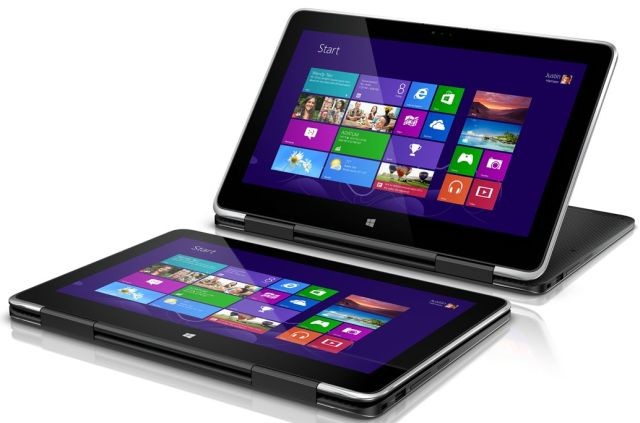 Way back in June, Dell announced its plans to release the XPS 11, an 11.6 inch notebook-tablet hybrid with a design similar to that of the Yoga PCs sold by rival Lenovo. Today, Dell announced that the XPS 11 is finally available to purchase online, starting at $999.99.

The Windows 8.1 product has a 2560x1440 IPS display and weighs just 2.5 pounds. The display hinge rotates nearly 360 degrees so that the notebook can switch to become a full tablet. Inside it has Intel's fourth generation Core processors (Haswell) and the company's HD Graphics 4200 chip handling the hardware duties. The $999.99 starting price is for a model with an Intel Core i3 chip, 4GB of RAM and an 80GB SSD. Dell also offers options that have faster processors and larger storage drives for more money, but the 4GB of RAM is fixed for all of the versions.

Dell is also selling a revamped version of its XPS 13 Ultrabook that weighs less than three pounds and comes with a 13.3 inch display with an option for a touchscreen version. Like the XPS 11, the XPS 13 comes with Intel Haswell processors and prices start at $999.99.