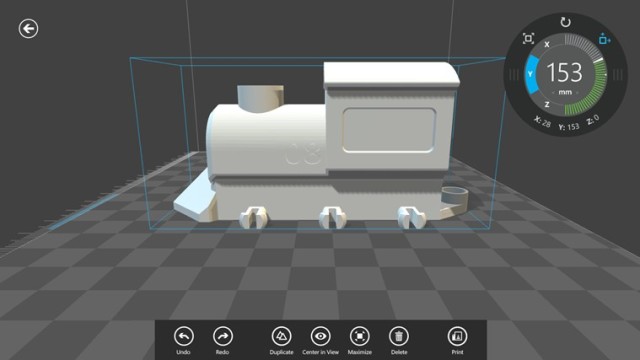 Microsoft has been promoting the fact that it included 3D printing support in Windows 8.1 for a few months now. Today, the company announced the release of its first Windows 8.1 3D printing app, called 3D Builder. The app has been made specifcally to help get newcomers to used to creating 3D printed objects.

The Windows Experience blog has more information on 3D Builder, which can be downloaded for free from the Windows Store. It states:

3D Builder has a catalog of objects you can create from ornaments to toys and more. The clean, simple user interface lets you scale, rotate and adjust what you want to print. Add multiple objects to a single print – even stack or push objects into one another to create new ones. Printing 3D objects created in other applications or ones that are downloaded from the Internet is really easy with the 3D Builder app and touch as well.

3D printer companies such as 3D Systems, MakerBot and TierTime either have support for Windows 8.1's 3D printing features or will before the end of the holiday season. As we have noted before, MakerBot is currently selling its Replicator 2 Desktop 3D Printer at a number of Microsoft's retail stores in the U.S.