The developers of the Battleheart have decided to stop supporting the Android version of their popular mobile game, citing the platform's unsustainability for game developers. In a post on their official blog, Mika Mobile said that they have spent about 20% of their time working on the Android version of their app last year, mostly fixing issues due to fragmentation, and have received little in return for all their hard work.

The final nail in the coffin came with Google's recent announcement to allow apps larger than 50MB into the Android Market. The truth is that this isn't all it's cracked up to be; the APK file, the actual app, is still limited to 50MB, it's just that now developers have the option to add up to 2 2GB of expansion files onto the app.

Even though this is an improvement to the previous approach, Mika Mobile says that it just isn't worth continuing from a business standpoint, since it would take a lot of work to bring Battleheart up to speed with the new system. 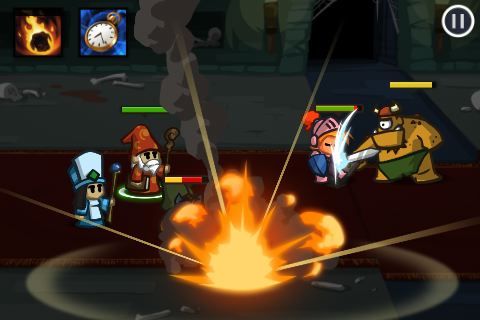 The blog post gives some insight into the problems Mika Mobile and countless other developers have faced while working with Android. Instead of working on content updates to keep the game fresh, they've been spending most of their time doing mind-numbingly boring work like changing texture formats and shaders to support different hardware, and fixing issues with some obscure new device that just launched. The proliferation of Android hardware means that it takes a major investment from a developer to support the platform, and so far it just hasn't proved its worth.

At a time when they're locked in an apps race with Apple and Microsoft, Google really needs to be working harder to make it easier for developers to support quality content on their devices. If Android wants to be more than the next best thing to iOS, Google's going to have to make it easier to work with and help foster an environment where users are willing to reward developers for their hard work. Otherwise, they might be looking at more and more developers following in Mika Mobile's footsteps.