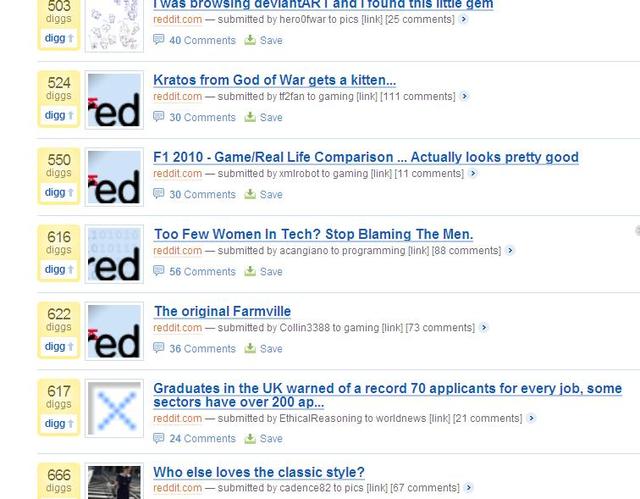 It’s fairly common to hear that most people don’t like change. The common saying is “if it ain't broken, don’t fix it”, this mannerism tries explaining that if you have something that works, don’t drastically change your formula. Unfortunately, Digg.com is learning this the hard way as users are fighting back, and they’re getting creative about it too.

There are many reasons users are upset, ranging from the “bury” button disappearing and “upcoming stories” that are not longer presented to the thumbs up and thumbs down buttons which have been replaced with arrows. While nothing earth shattering, these little changes have changed the way Digg users were able to operate the website.

Whilst Kevin Rose has stated that the “upcoming stories” will return, he has remained quiet so far on other changes that users are demanding.  Digg.com has a lot of power and influence on the Internet.  Stories that hit the front page are rewarded with hundreds of thousands of hits and can be the equivalent of hitting the lottery for content producers.

Digg users out of frustration are hitting back by forcing all the top stories to link to Diggs competition, Reddit.com . Currently of the 16 stories on the front page, 13 of them link to reddit.com, one to Reuters, one to Techmeme and one to an advertisement.

Effectively, Digg users are fighting back by redirecting nearly all of Digg’s traffic to Reddit based stories. As the users continue to fight the change, Digg is stuck between a hard place and money it used to develop V4 of its software. Do they appease their users and revert to V3 or do they stick to their guns and ride out this disruption to its service?