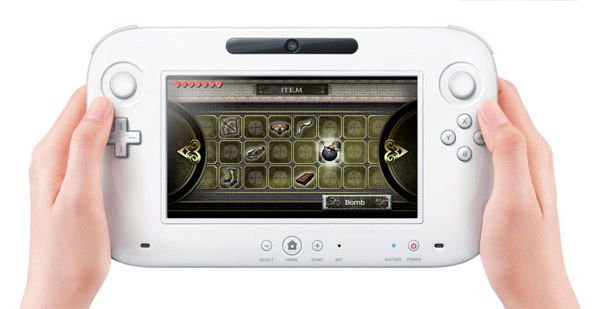 Nintendo may have revealed the name and the controller for its next generation game console at E3 2011 on Tuesday. However the reaction to the Wii U has left investors cold and as a result that has hit Nintendo's stock price hard. GameSpot reports that on Wednesday, the day after the reveal of the Wii U and its touch screen based controller, the stock price went down 5.6 percent in trading on the Tokyo Stock Exchange. Today's trading day gave Nintendo even worse news as the stock price fell another 4.6 percent. That brings the two day stock dive down to 10.2 percent.

One of the reasons behind the massive stock price drop may have to due to the Wii U's possible price. While the company didn't mention a specific price point during Tuesday's E3 2011 press conference, Nintendo president Satoru Iwata told the Japanese based Nikkei news service that the Wii U might cost more than $250 when the console launches. The original Wii launched for just $250 in 2006. Investors like Daiwa Securities Co. Shuji Hosoi have also told The Associated Press that there is concern that the Wii U won't sell as well as the current Wii console.

Nintendo choose to reveal just the Wii U's touch screen console at E3 2011 despite rumors that Nintendo might offer more of an in depth preview before E3. Nintendo also admitted that at least some of the third party games shown via video at the conference to be supporting the Wii U actually showed footage of those games from other consoles.