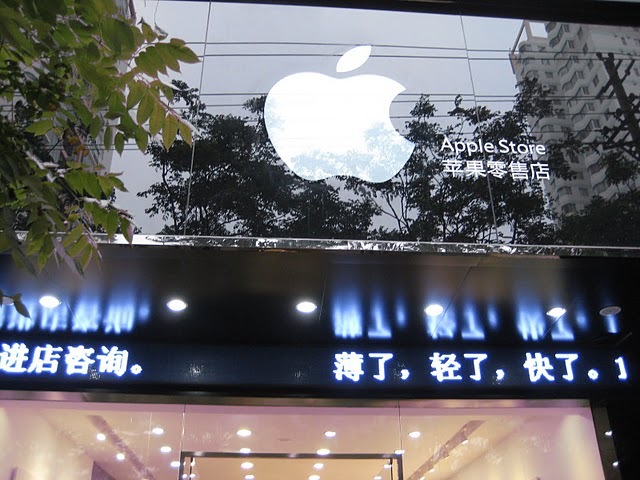 Earlier this week, there were reports from various bloggers regarding the discovery of fake Apple Stores in the Chinese city of Kunming. Thanks to American blogger BirdAbroad, Chinese officials have begun an investigation into all electronics shops in the city.

As Reuters reports (via AppleInsider), Chinese authorities in the industrial and commercial sectors will look into the operating licenses for electronics stores, and check for any violations in not obtaining valid brand permits. Authorities will also investigate supply channels used by the stores.

While the Chinese public await the results of the investigation, some have taken matters into their own hands. Reuters also no tes that some of the stores were willing to admit they were copycats, but according to an employee of a fake Apple Store, they shrugged off the mounting complaints from angry customers, stating there was "no Chinese law that says [we] can't decorate my shop the way [we] want to decorate it."

Business at some of the knockoff stores has taken a hit following the commotion caused by the story, with customers demanding to know if their purchased Apple products were genuine. Amongst the crowd of furious customers is a twenty-three year old office worker named Ms. Wang. She shouted at employees of a Kunming store and demanded receipts for her month-old transactions at the store where she purchased a Macbook Pro and a iPhone 3G. At the time, staff asked Ms. Wang to return later for the receipts.

On the same token, employees of the store, a few who were aware of the store's illegitimacy, were just as furious as the customers over the increased media scrutiny. But in the coming weeks, the owners will find only more attention from authorities, and will have to answer to some of their employees who believed they were working for the Cupertino-based company.