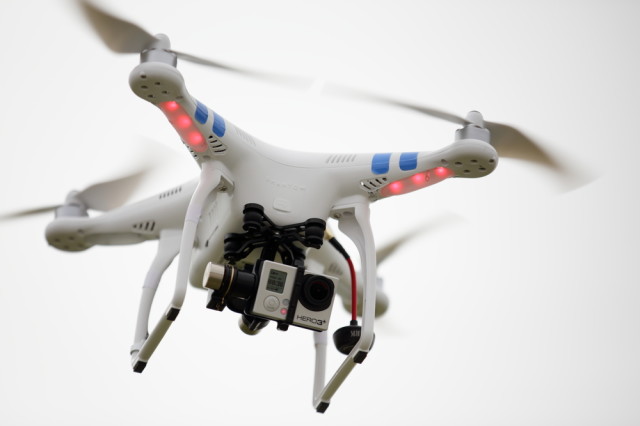 Oh, irony, how we love thee. Whenever a new program is initiated in the government, the agency is supposed to conduct a "Privacy Impact Analysis" (PIA), a step that determines what private information is collected and stored by the government and how that data is handled. These reports are generally published online so that everyone can see how personal data is being managed.

The FBI has been researching the use of drones for many years now, and last year Senator Rand Paul (R-KY) was concerned about the program and what data was being collected. Specifically he was worried that the privacy "could be undercut by the Bureau's interpretation of what constitutes a 'reasonable expectation of privacy'" since a PIA was never conducted. This apparently pushed the FBI into action.

According to a series of Freedom of Information Act requests by Muckrock, this analysis was indeed conducted by the FBI, but the agency has redacted every single page of its report, including the cover page. Apparently, releasing any information about the privacy impact on American citizens, including a cover page even mentioning the program, would completely destroy national security and send the country into chaos.

Muckrock has followed up with further FOIA requests, specifically asking for justification on redacting the entire PIA, but we wouldn't be surprised if the response to this updated request is another set of fully redacted documents. After all, it's for our own good.