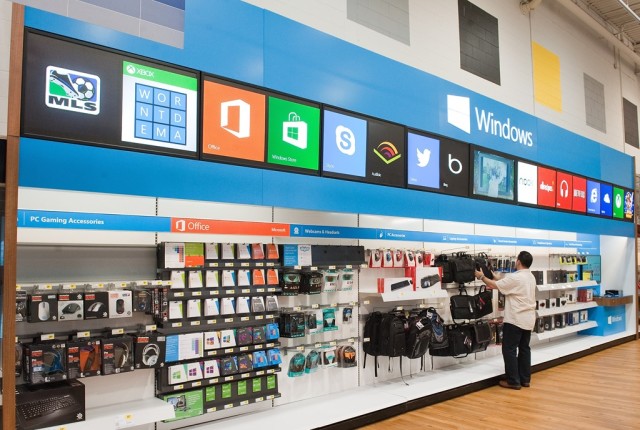 In June, Microsoft announced a new partnership with Best Buy that will introduce a "store within a store" filled with Windows products at 500 Best Buy retail locations in the US. On Wednesday, the first such store will open at the West Los Angeles Best Buy store.

Microsoft's press release states that the opening will feature a partnership with Major League Soccer. The first 200 people who come to the store and demo a Windows 8 device will get a wristband for a meet-and-greet with LA Galaxy players Clint Mathis and Mauricio Cienfuegos. They will also get a signed soccer ball and two tickets to an upcoming LA Galaxy game. MLS players and coaches will also be taking over the Best Buy parking lot on Wednesday to give customers a chance to participate in soccer drills.

The other "store within a store" locations will open at the other Best Buy buildings in August and September. Over 100 Best Buy and Future Shop locations in Canada will also see a similar Windows Store open inside their structures. Microsoft says they will use between 1,500 to 2,000 square feet of space inside.

Obviously, these stores are being put in place just as the "back to school" shopping season gets into full gear. Apple has apparently had some success with their own "store within a store" setups at Best Buy locations and it will be interesting to see if Microsoft will also be able to expand its own retail space beyond its stand alone stores.