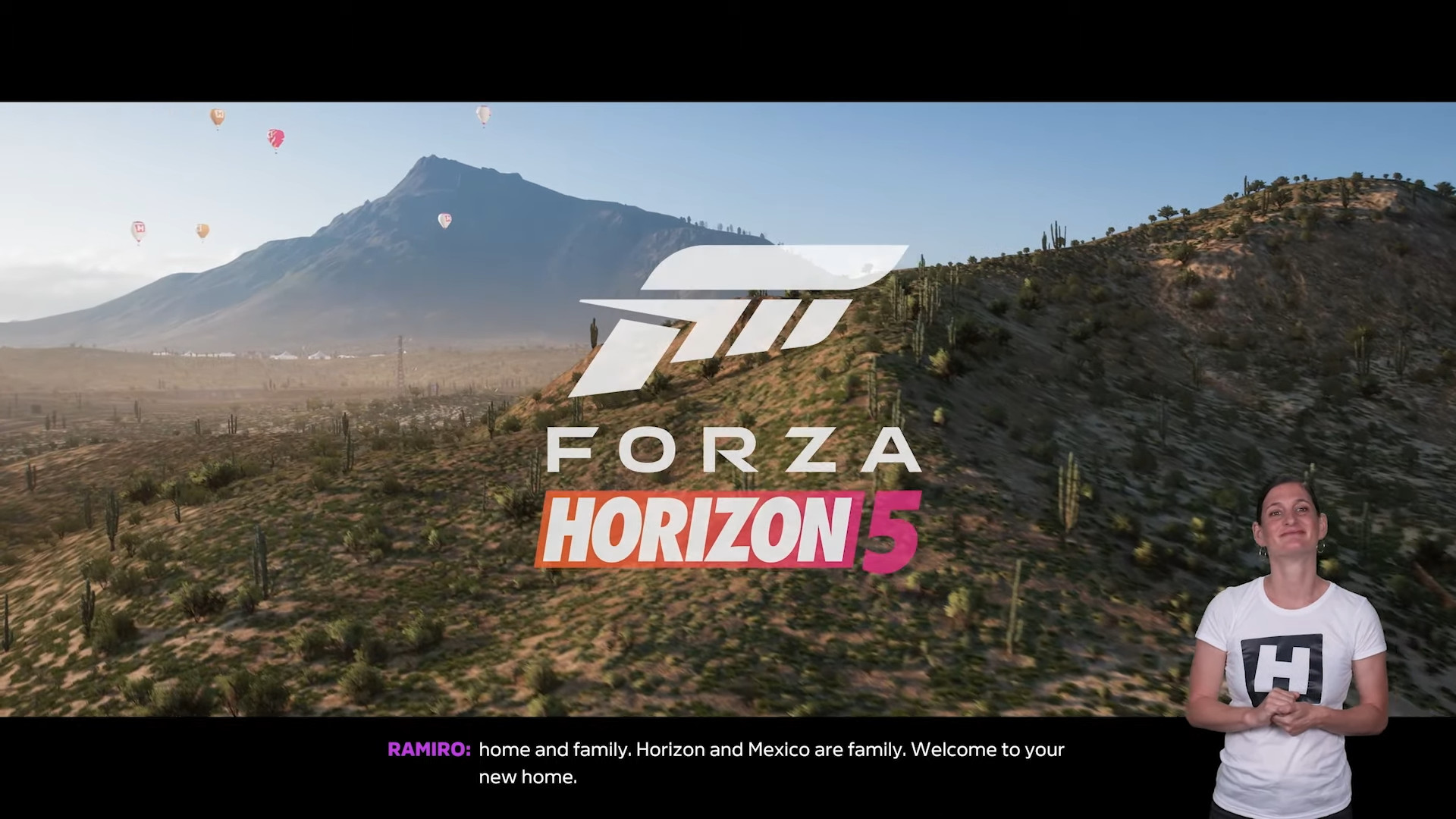 Forza Horizon 5 has announced the launch of a free, in-game update that will offer American Sign Language (ASL) and British Sign Language (BSL) support for its over a hundred in-game cinematics, starting March 1.

Talking about the new accessibility feature, a spokesperson from Microsoft stated:

The update includes actors from the deaf and hard of hearing community signing in parts of the story between driving, such as jumping into challenges, getting ready for a race, meeting other players and racing across Mexico while planes fly overhead.

With the latest update, Forza Horizon 5 players will be capable of turning on ASL and BSL support for 150 cutscenes. Previously, Developer Playground Games had suggested that sign language support would arrive soon after launch.

The new resource was developed in consultation with the members of the deaf and hard of hearing community, and enables customization of the picture-in-picture sign language placement and background color, in ASL or BSL.

I think it’s easy to come through the development of a game like this and start to think that maybe you’re an expert in the field of accessibility. I think that we have to have real humility and the ability to keep going, asking questions and trying to be better.

Users can derive benefit from sign language support in Forza Horizon 5 by selecting the Sign Language Picture-in-Picture option from Accessibility in Settings.