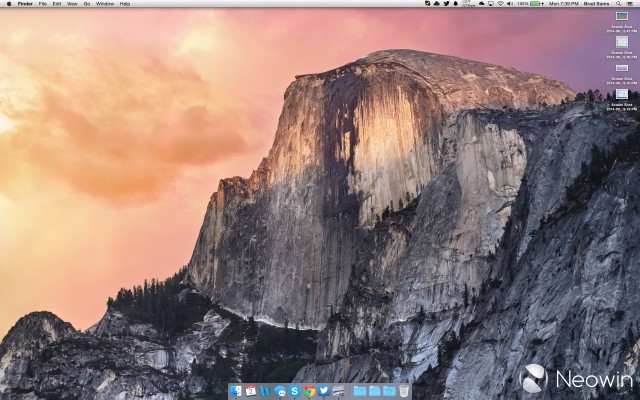 Apple's latest operating system is now available for download but we know that not everyone will want to install the beta OS on their Mac. Unless you have a spare machine to load the beta on - as it is generally not advised to do so on your main machine - we have put together a gallery of OS X Yosemite to save you from the frustration of a partially working OS.

The changes make the desktop OS look and feel a bit more like iOS. With new, flatter icons and a semitransparent OS that reminds us a bit of Vista, it's a modest amount of visual updates that collectively make the OS feel new in the same way that iOS 7 gave the mobile operating system a new lease of life too.

The early build still lacks many of the features shown on stage and it is certainly a bit rough around the edges as not every feature that is included works. But alas, that's the world of beta software, but it will no doubt all get fixed before the OS is released later this year.