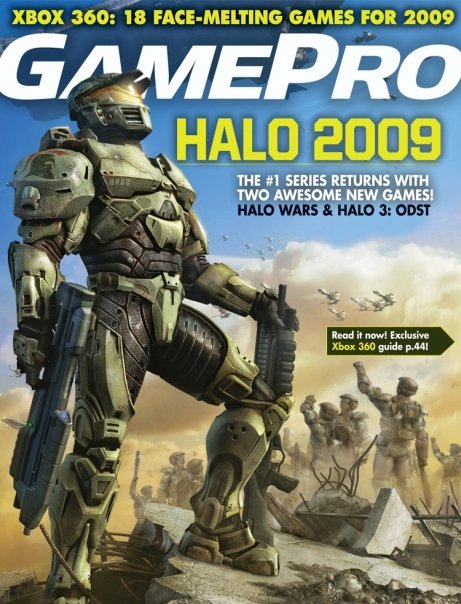 GamePro, one of the longest running print magazines in the US devoted to console and PC gaming, is shutting down operations after 22 years.  The decision was revealed today by GamePro's parent company IDC to GamePro's employees, according to a story at IndustryGamers.com.  The GamePro.com web site will also shut down as of December 5 with gaming news and features now being transferred to the PCWorld.com web site after that date.

The reason for the shut down is pretty simple: the ad dollars needed to support the magazine simply were no longer available. IDC has confirmed that a number of GamePro's staff have been laid off but declined to give an exact number.

GamePro.com launched as a print magazine in May 1989 and during the 1990's it was one of the most popular newsstand magazines devoted to covering the console and PC game industry. The GamePro.com web site launched in 1996. However the magazine division of GamePro has suffered in the last few years and recently switched over to a quarterly publication. That move didn't help and the current November 2011 dated issue will be the final GamePro.com print edition.

VentureBeat.com has more info on the GamePro shut down including word from one unnamed source that even though IDC is choosing to shut down the GamePro.com web site it achieved its highest page views ever last week (although specific page view numbers were not revealed). GamePro will continue to be owned by IDC and in the US the division will turn its attention to creating custom content for other companies and events such as the E3 trade show (GamePro Media handled the E3 daily magazine for the show in 2011). In addition, GamePro's print magazine is still running in other countries such as Spain, France and Germany.