Nintendo's Switch is a wildly popular console these days thanks in large part to its hybrid form factor and critically acclaimed games such as The Legend of Zelda: Breath of the Wild and Super Mario Odyssey. But the device's hardware also has its fair share of flaws that many users find disappointing. In addition to the flimsy kickstand which has spurred a wide range of solutions, the lack of support for Bluetooth headsets is also a pain point for some, especially considering that the console does support the standard, but only uses it to connect the wireless controllers.

GENKI has kicked off a relatively new Kickstarter campaign that offers a solution for this particular problem. It's simply a Bluetooth adapter that connects to the Switch's USB Type-C port and allows users to pair any Bluetooth audio device they want with it. The GENKI supports Bluetooth 5.0 for the longest possible wireless range, as well as the aptX codec for streaming audio. It even offers the ability to stream to two different headsets at once, so two players can enjoy Bluetooth audio from the same console. That said, the aptX codec isn't supported for two simultaneous audio streams.

The team behind the product says that using the USB port is a more efficient solution than the headphone jack because the latter requires the audio to be converted to analog format before converting it once again to digital format so it can be transmitted over Bluetooth. By grabbing the digital audio directly from the console, GENKI can reduce latency and increase audio quality.

Of course, connecting an adapter to the USB port located on the bottom of the Switch means you won't be able to use it in tabletop mode, but the Human Things team - creator of the device - also considered this, and you have the option to get a kickstand along with the GENKI. On top of that, there's also a USB Type-A adapter to connect the device to the Switch through the dock, so you can use it in TV mode too.

There are still 15 days left to go in the Kickstarter campaign, which has already passed its $30,000 goal and gathered almost $200,000 so far. With that in mind, you can still get the GENKI for the special price of $39 instead of the planned $59.99 retail pricing, with each add-on costing an additional $10. An "early bird" reward is also still available for the three-in-one combo, coming in at $55. 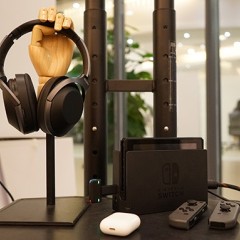 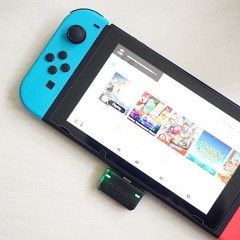 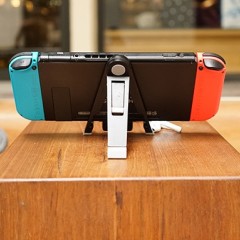