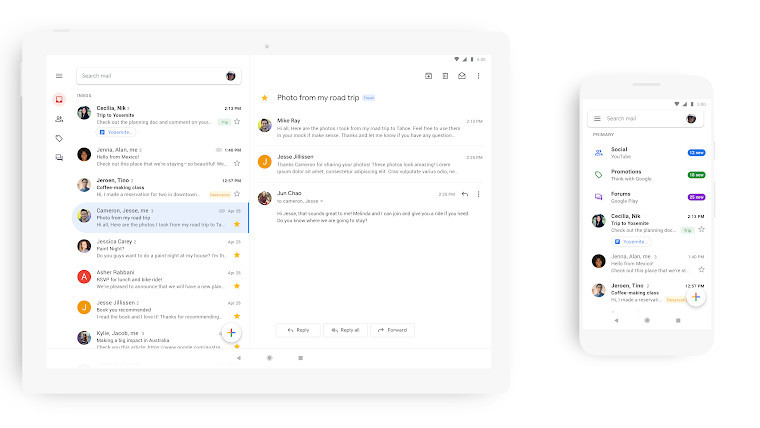 Google has announced that it’s rolling out its Material user interface to its Gmail app on mobile. The update comes several months after the web giant gave the Gmail web app its own fresh coat of paint. Aside from the overall new look, it also comes with enhancements to functionality which let you find email attachments more efficiently.

“Today, we’re kicking off the year with a new look for Gmail on mobile, too. As part of the new design, you can quickly view attachments—like photos—without opening or scrolling through the conversation. It’s also easier to switch between personal and work accounts, so you can access all of your emails without breaking a sweat. And just like on the web, you’ll get big, red warnings to alert you when something looks phish-y.”

Ever since the summer of last year, we knew that Google was planning to refresh the look of its products and over the the course of the last few months it has rolled out changes to various parts of its ecosystem. Gmail (web), Drive, and Calendar are among services which have been refreshed, and more recently Google Docs and Sites got updated too. The firm plans to update more of its G Suite mobile apps later this year.

If you’ve not received the new update on mobile yet, just sit tight; the update is planned to be rolled out over the coming weeks.