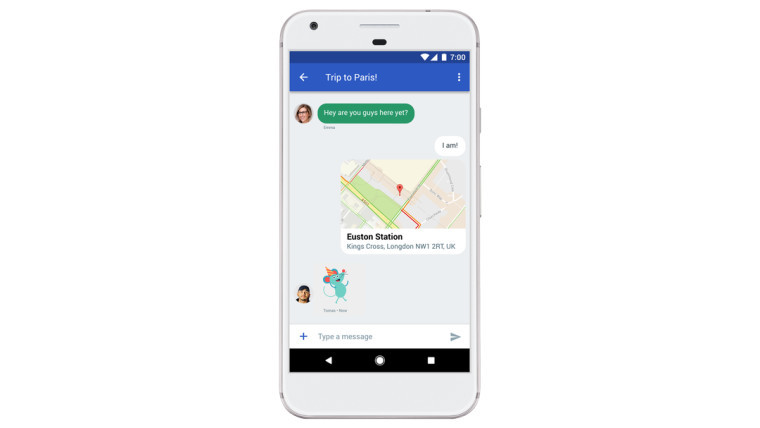 Google has announced that it has been working with the mobile industry to bring RCS (Rich Communication Services) to many more users by getting the companies to ship Android Messages as the default messaging application. In a push to make RCS relevant, Google has also worked with businesses so they can send out interactive messages to users, rather than standard text messages; businesses hope that this will increase customer interaction.

In the announcement, Google said:

“With RCS, businesses can send more useful and interactive messages to their customers. This means, for example, that a retailer can send beautiful images to their products, rather than a text message, and even let the customer select and buy something, all without leaving the messaging app. Best of all, customers who have already opted into SMS messages from a business get this upgraded experience automatically in Android Messages.”

Google said that some businesses in the U.S. are already benefiting from RCS, but that it will bring the functionality to businesses in more regions in the future. It also said that its partners will demonstrate to businesses what they can do with the new technology during MWC next week.

Aside from encouraging businesses to pick up RCS, Google also wants to get it into the hands of as many people that it can. It said that TCL, Alcatel, Blackberry, Transsion, BLU, Positivo, Multilaser, Mobiwire, Azumi, and Essential are joining the line up of manufacturers that already ship Android Messages as the default messaging app to customers on new devices.