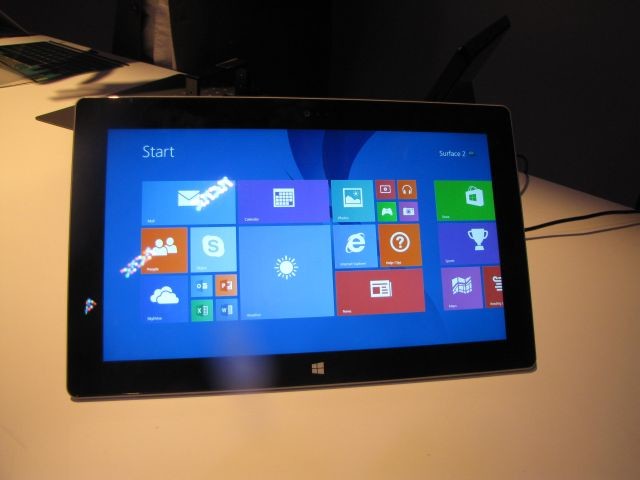 Microsoft is charging into the Windows RT waters again with the Surface 2, their ARM-based tablet that will be released on October 22nd. We got some hands-on time with the tablet today at Microsoft's press event in New York City. 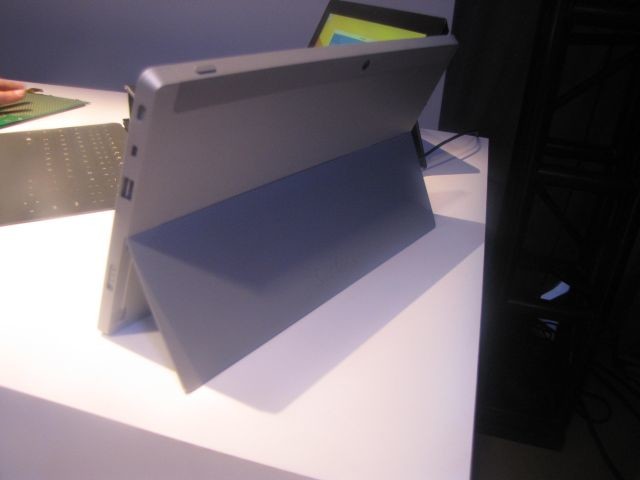 One thing that's immediately visible is that the Surface 2 has a silver case on the back this time, instead of the black case like the Surface RT and both versions of the Surface Pro. Microsoft reps told us that they wanted consumers to not be as confused when they were buying the products. 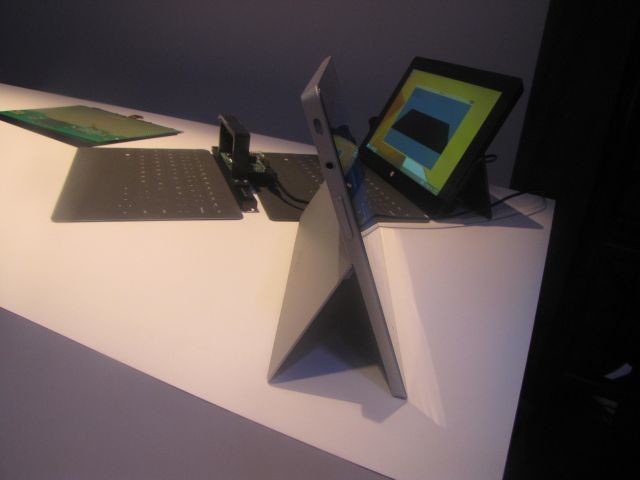 Holding the Surface 2 in the hand makes it clear that this is supposed to be a media tablet rather than a notebook replacement like the Surface Pro 2. The Surface 2 is suppose to have 12 hours of battery life which should be plenty for anyone.

We are still not convinced that the Surface 2 will be a huge sales hit, simply because the tablet suffers from the biggest problem the Surface RT did; it can't run legacy desktop Windows programs. While the Surface 2 is certainly going to be more powerful, that lack of compatibly will remain a thorn in its side. Additionally, the price of the device is not much better than the original Surface which caused Microsoft to write-down $900 million.

We will have a full review of the Surface 2 in the coming weeks. Keep in mind that pre-orders start at 8 am Eastern Time Tuesday with the Surface 2 priced starting at $449.