At its Snapdragon Technology Summit in Hawaii today, Qualcomm brought its partners onstage to announce the first Snapdragon 835-powered Windows 10 PCs. Alongside the ASUS NovaGo, HP unveiled the Envy x2. I got to spend some time with the latter, and it's an interesting device.

Windows on ARM is part of the Always Connected PC initiative by Microsoft, which is all about PCs that are always connected to the internet via cellular connectivity. Some, like the company's own Surface Pro, use Intel chips, but as of right now, they all use Qualcomm's Snapdragon X16 modem, which can provide LTE speeds of up to 1Gbps.

Interestingly, both of the machines announced today run Windows 10 S, meaning that they only run apps that come from the Store. Before you start drawing the obvious parallel with Windows RT - Microsoft's last attempt at Windows on ARM, which was quickly amputated - Windows 10 S can be upgraded to Windows 10 Pro, and they can run full Win32 apps. Also, that upgrade is free, likely until September, 2018.

As you can see from the image above, the OS is 64-bit, even though you can still only compile UWP apps at 32-bit for ARM. If there's any question, you should still be able to run Store apps that have been converted via the Desktop Bridge.

Unfortunately, none of the Envy x2 devices that were there were on Windows 10 Pro. One of the things that I'm most interested in about these new devices is the difference in performance and battery life between native ARM apps, and Win32 apps. We'll have to wait until we get one to review in the spring when it comes out.

The devices also weren't connected to any cellular service, but they should seamlessly switch between Wi-Fi and cellular networks. This may sound like common sense, but Windows hasn't always been this way.

Since I wasn't able to test the most interesting parts of Windows on ARM, that leaves the rest of the device. The Envy x2 is a tablet with an attachable keyboard case. The case includes a kickstand that folds down from the top, allowing you to use the device at any angle.

The keyboard is similar to a Surface Type Cover, as it folds up and attaches itself to the device, allowing you to use it at an angle. It feels a bit more rattly than a Type Cover though, but that's not a big deal. At least there's space between the various keys.

The tablet includes a USB Type-C port, and you can see that there's also a nano-SIM slot. You'll have the option of using an e-SIM as well, so you can set up your plan via software.

I found the Envy x2 to be pleasant to use as a Windows 10 S device. I tried out some Desktop Bridge apps like Microsoft Office, and they worked as you'd expect. The performance is probably about on par with an Intel Core Y-series chip. Obviously, I didn't go so far as to run benchmarks or anything.

But from what I saw, the Envy x2 is a great 2-in-1 device. I'll be more interested to see how it runs on Windows 10 Pro, and how the performance and battery life changes when running emulated Win32 apps. After all, HP claims 20 hours of active battery life, and 700 hours of standby. Those tests tend to run apps that are optimized for battery life.

We're not going to learn pricing or availability details until we get closer to the release in the spring, but hopefully we'll hear more about it at CES in January. 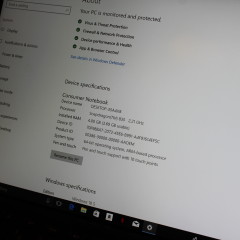 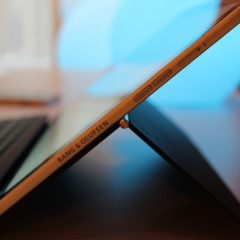 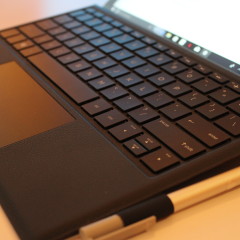 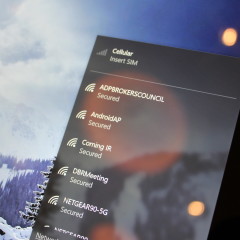 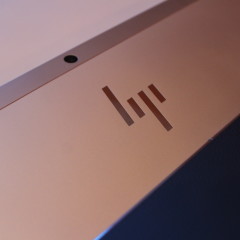 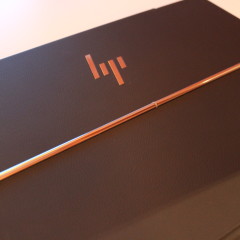 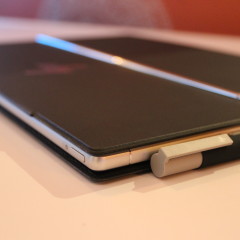 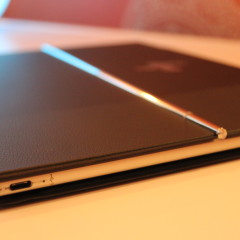