It has become tough to elevate the smartphone when it comes to design and materials. Over the past couple of years, we've seen some features that would only be expected on high-end smartphones, trickle down and find their way into handsets that are priced under $200. Let's be clear though, there are differences with these “value” handsets. But for the most part, value handsets accomplish the important goal of offering a comparable experience, at a fraction of the price of $600+ units.

Sometimes it seems to be a bit taboo to mention a parent company and attach it to an offshoot brand. While many might not know the Honor name, it is actually a sub-brand of Huawei, which is probably best known for last year's Nexus 6P. Honor is clearly leveraging its Huawei roots in building the Honor 8​, as the handset has been compared by many to Huawei's own dual camera smartphone, the P9. 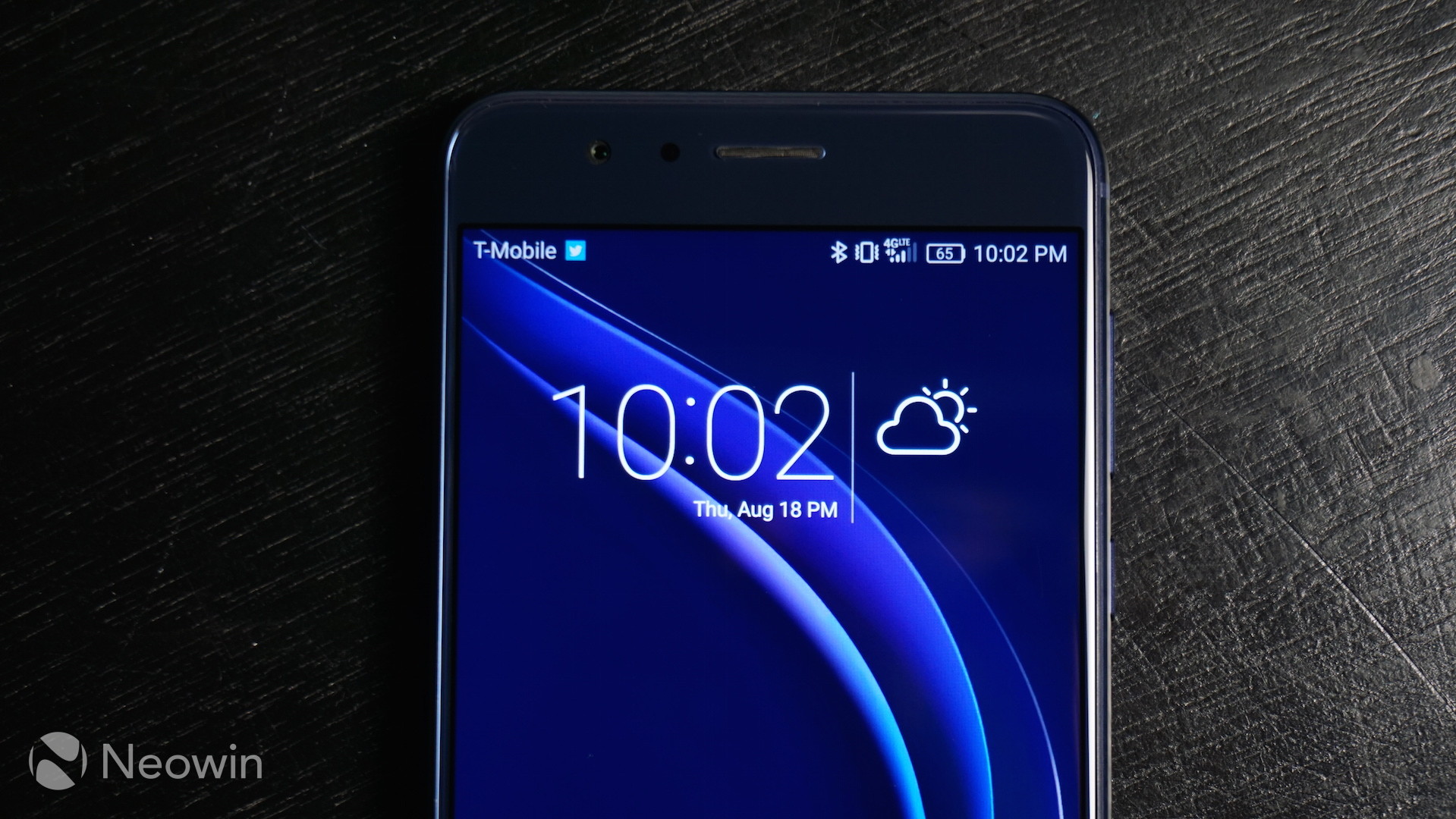 For starters, the Honor 8 seems to focus on the finer details. As mentioned previously, many manufacturers have mastered the art of combining glass and metal, and what was once thought to be an impressive feature, has now become common and almost expected at every price level. So it comes as no surprise that the Honor 8 offers quality metal and glass construction, that feels good in hand. The handset is available in three different colors (Midnight Black, Pearl White, and Sapphire Blue.), with the Sapphire Blue unit being the head turner of the bunch. 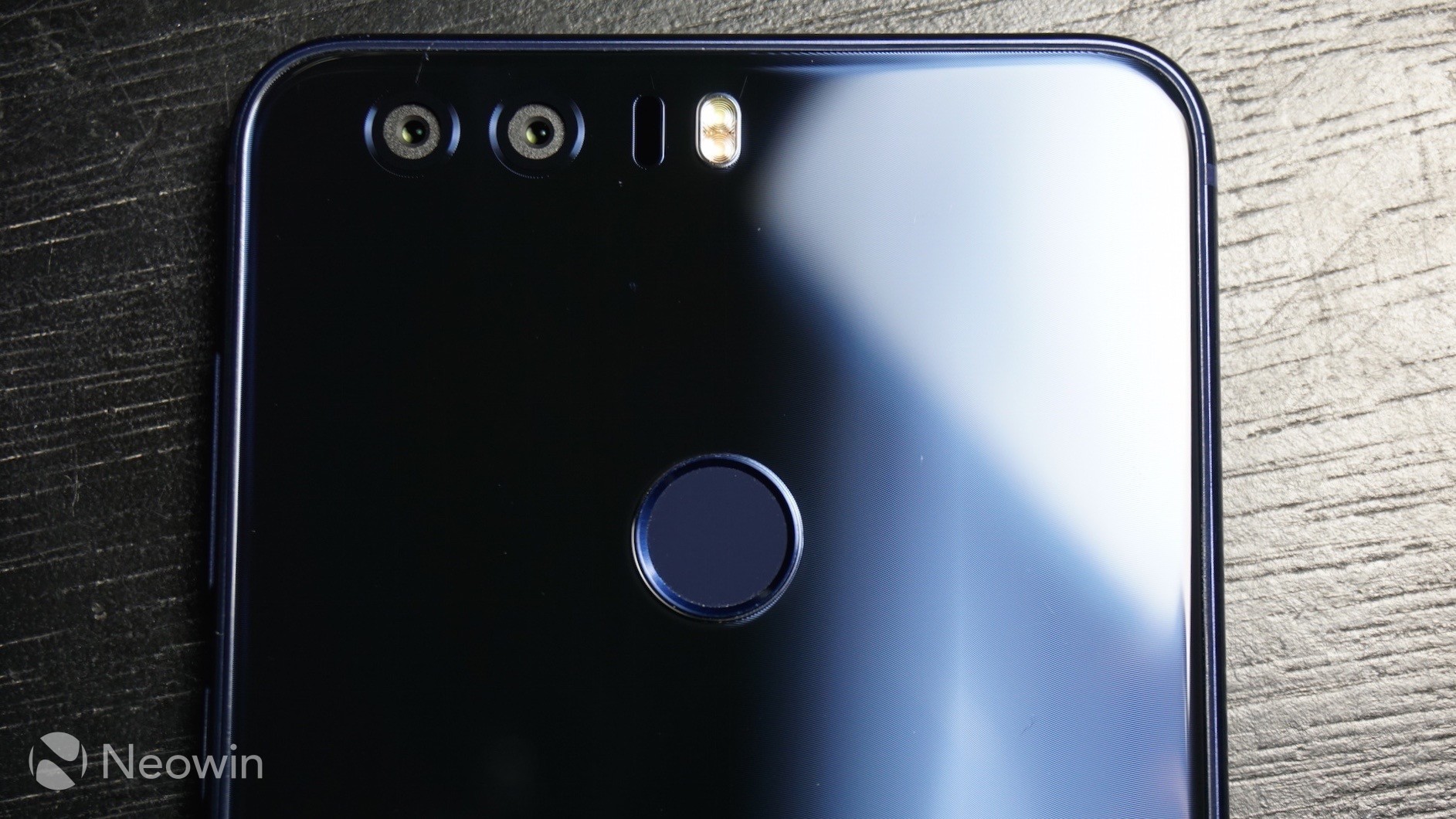 The front of the device is dominated by the 5.2-inch 1080p display that offers excellent color reproduction and looks crisp from all angles. Above the display resides an 8MP front-facing camera, a proximity and light sensor, and an earpiece with an embedded notification LED. Although the LED cannot be customized with the default software, it does offer different colors indicators, depending on the type of incoming notification. On the right edge of the device resides the volume rocker and power button, while the left side houses the SIM tray with microSD expansion. On the bottom, you will find the 3.5mm headphone jack, USB Type-C port and single speaker, with the top offering an IR port and microphone. 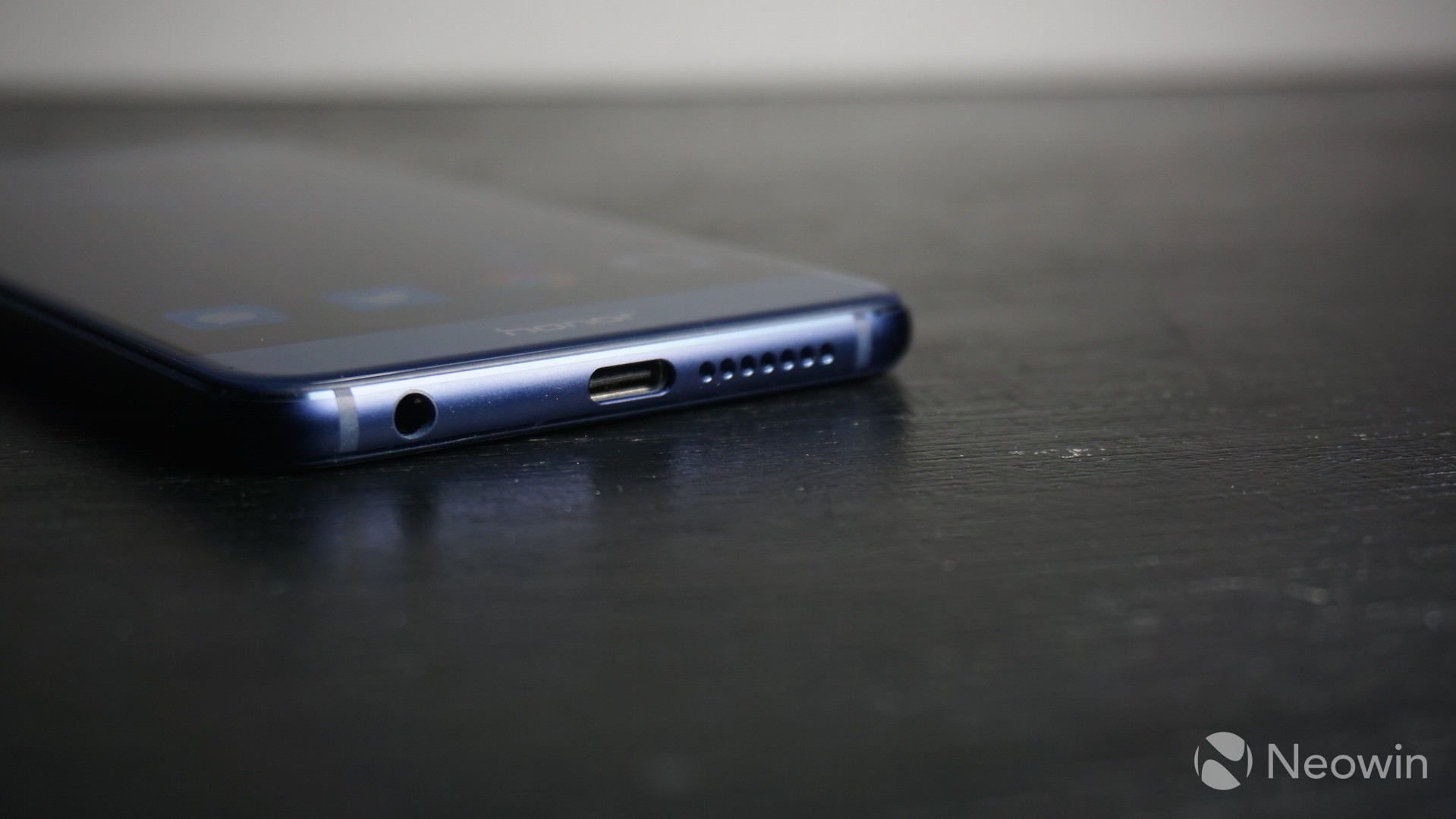 The handset is milled to perfection, offering smooth edges, graceful port holes and slick transitions from glass to metal thanks to the chamfered edges and 2.5D glass. But what sets the Honor 8 apart from its competitorss, is its attention to detail. For example, the handset offers dual 12MP cameras, yet there isn't a bulging heap in the back; instead, Honor keeps it "traditional" by allowing the lenses to sit flush. The glass back is another point of refinement, being constructed from 15 layers, giving it a highly unique and prismatic shimmery effect. Mind you, these aren't functional improvements for the phone, but they are nice touches, that are appreciated. The Honor 8 isn't a device that begs for your attention with ostentatious gimmicks like a curved screen, but instead it is a culmination of some of the best things that we have seen in smartphones, packaged into a refined and familiar device. 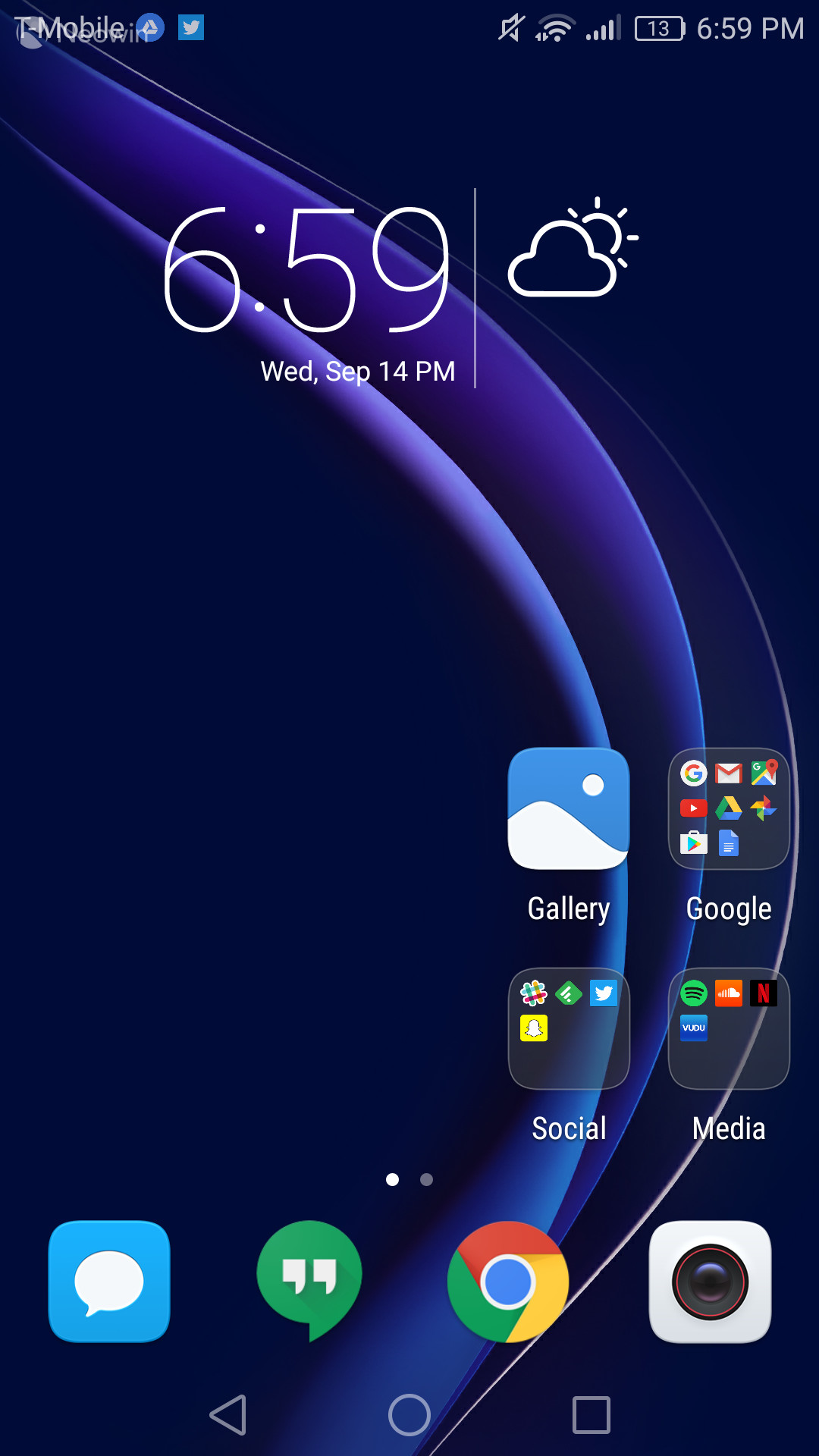 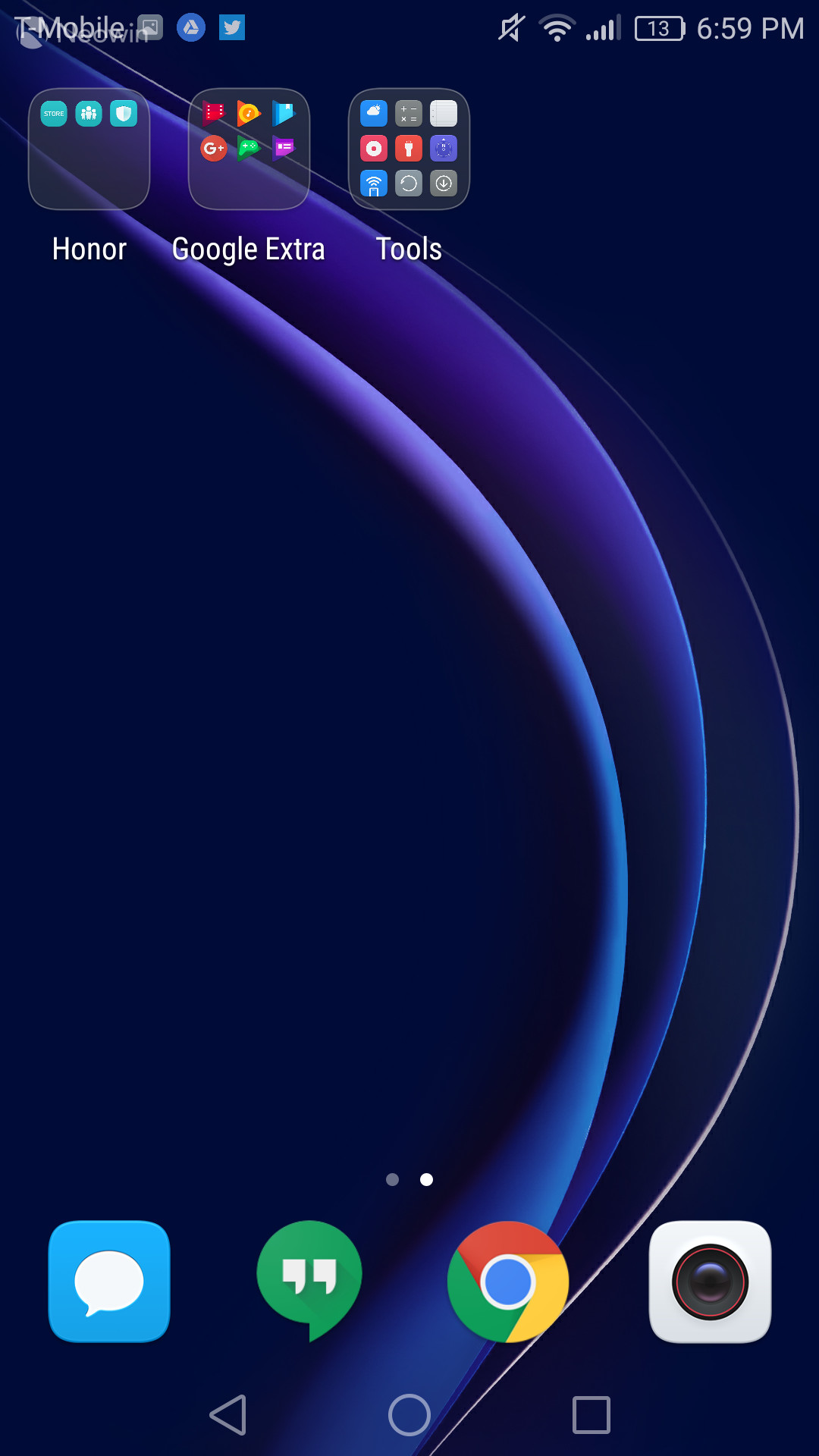 When it comes down to it, software is an important part of the daily experience. Although the Honor 8 is running Android 6.0, like many manufacturers, it offers its own take on Google’s mobile OS with EMUI. EMUI has been explored in detail in the Honor 5X and Huawei GX8 review, but I’ll give a quick overview on how it works on the Honor 8. The biggest difference with EMUI is the absence of an app drawer. For those that have been using mainstream devices, the app drawer has become an essential part of how you organize your apps, tucking away the unnecessary ones, and making customizing your home screen much easier. Since the app drawer is not present in EMUI, those looking to keep their screen configuration tidy, will find that they will always have that employ an additional home screen, in order to shuffle around the clutter apps that cannot be hidden or removed. 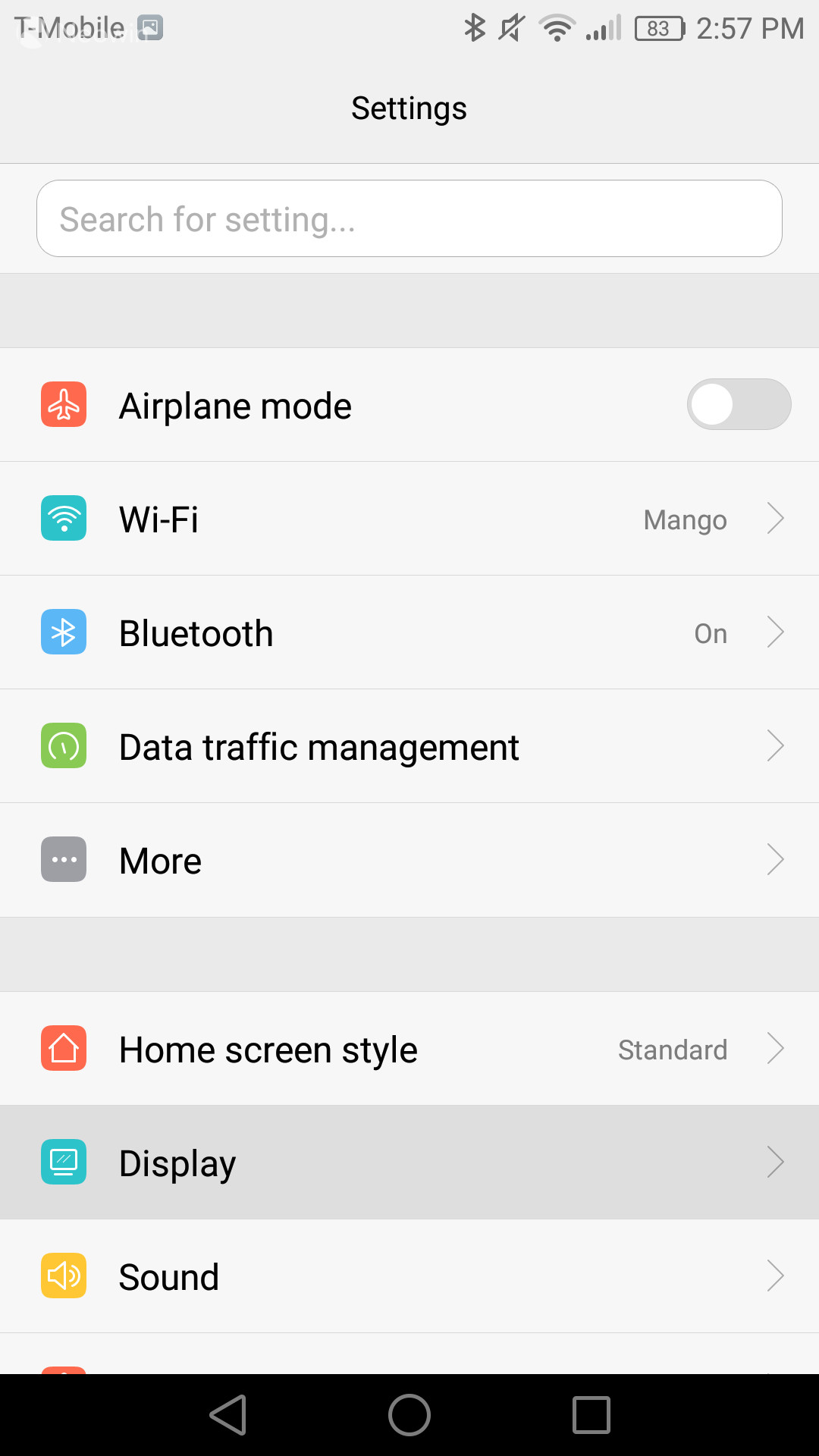 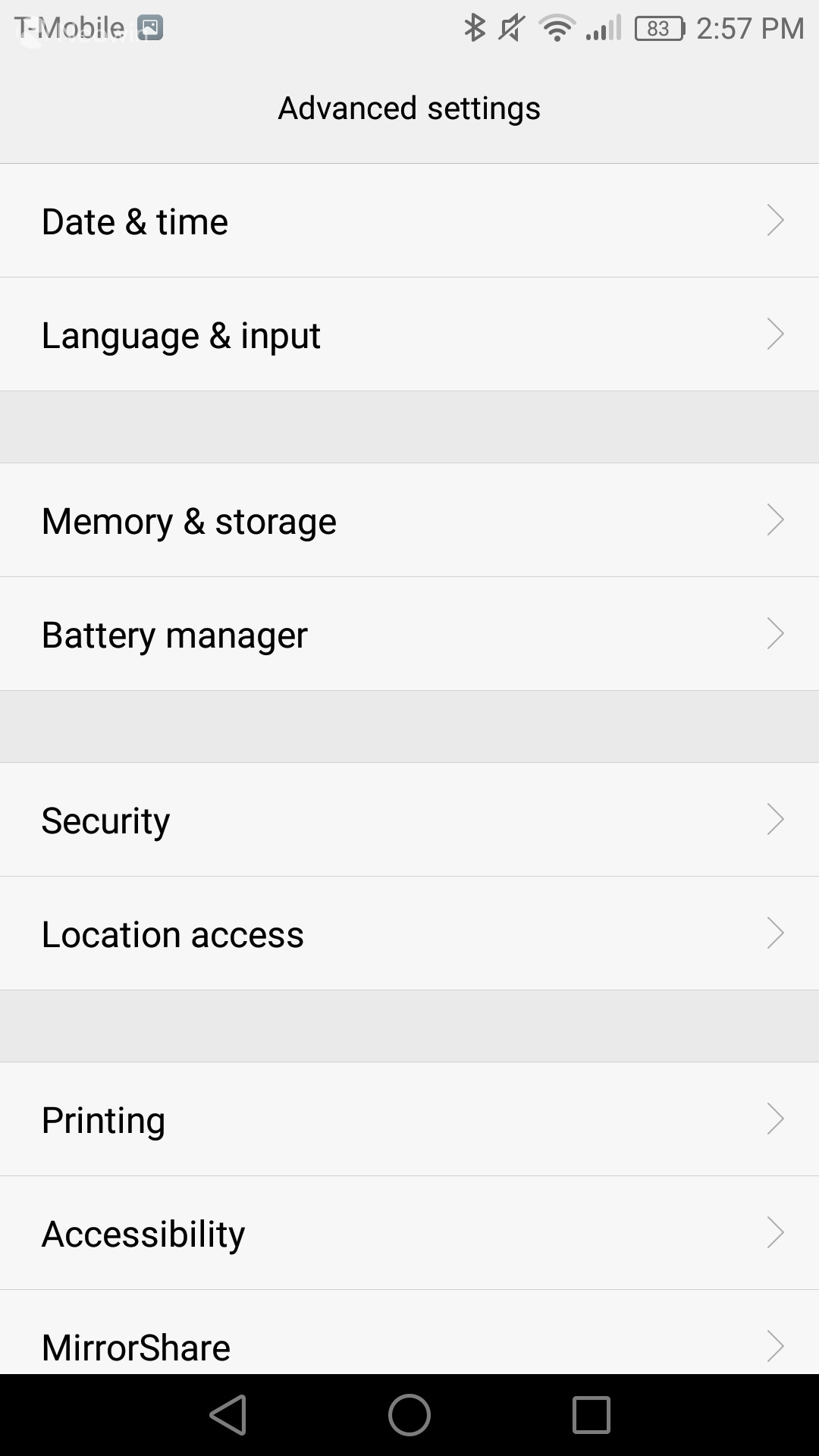 As far as the menu system goes, EMUI has been greatly improved since its last iteration, with the Honor 8 offering EMUI version 4.1. The settings menu is bit more tidy, with a majority of the frequently accessed settings available on the initial page, and the detailed items tucked away in the advanced section. If you can’t find what you are looking for right away, you can always use the search field on the top of the settings menu for quick access. Naturally, EMUI does take some time to get used to, but if you can’t and choose not to use Honor’s default, you can can always install a third party launcher.

The speed of the Honor 8's fingerprint sensor is ridiculously quick. While it isn't the fastest, it is definitely in the top five, dare I say even the top three. Honor claims that it can unlock the handset in 0.4 seconds and it actually learns your fingerprint over time to get even faster. But, what makes the fingerprint sensor on the Honor 8 extra useful is that can also act as a programmable button. 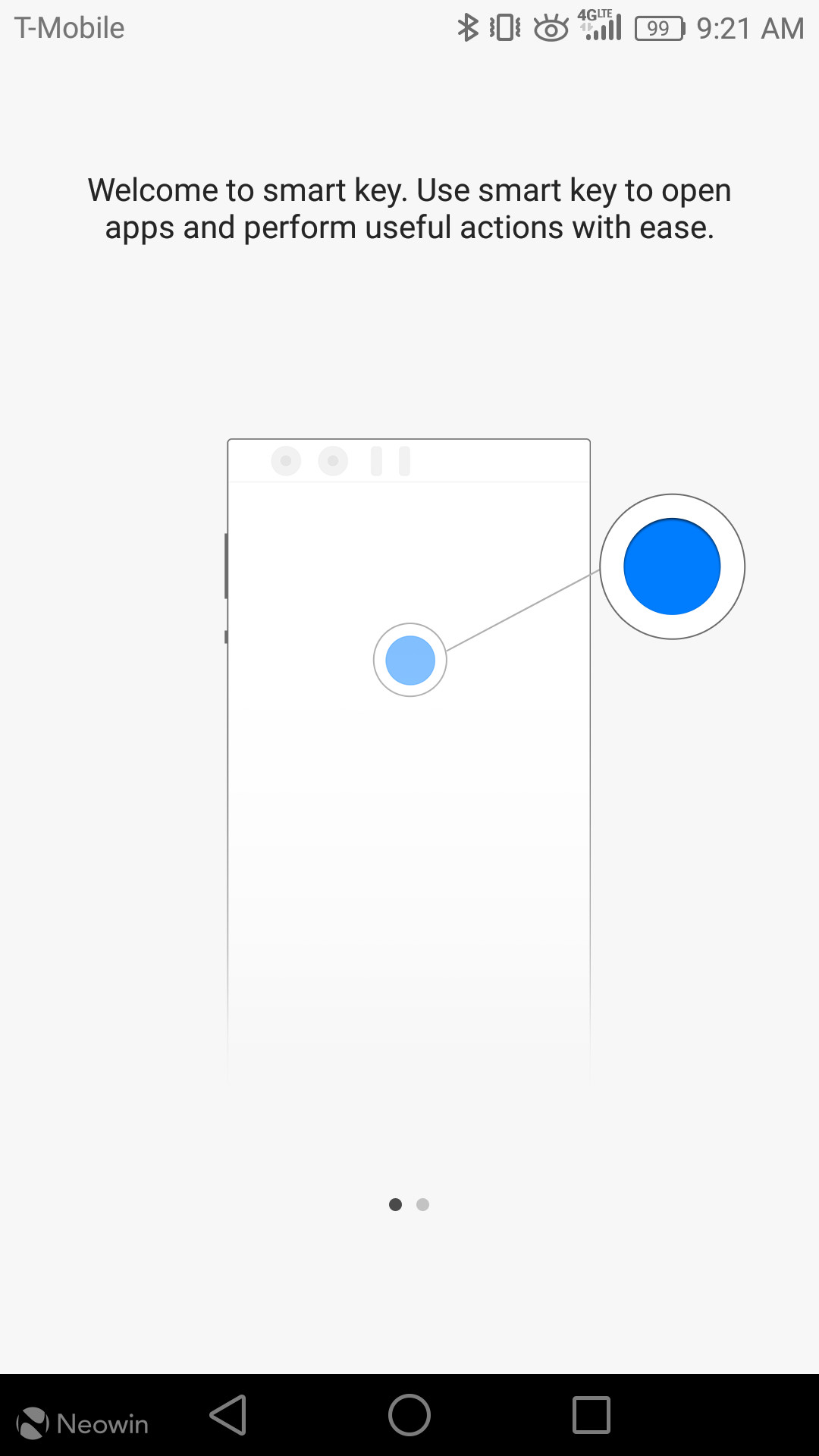 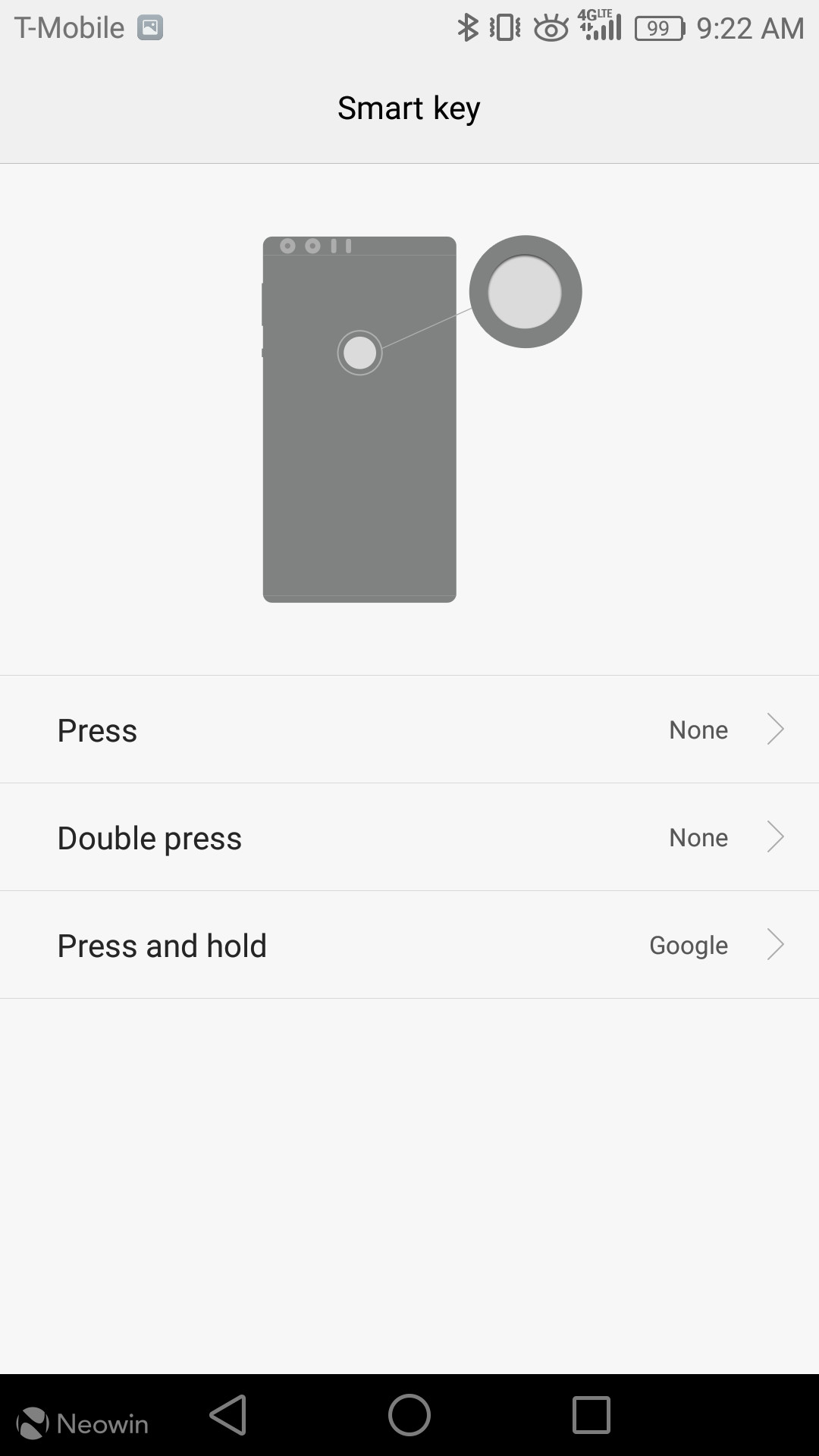 The "Smart Key" can be set up to act as a shortcut button for an action or an app. Currently, there are only three (voice recording, flashlight, screenshot) preset actions available, but the ability to set up an app as a shortcut is limitless. For my daily use, I have a single press that opens Snapchat, a double press that activates the camera app, and a long press that activates the flashlight. While not the most exciting aspect of the phone, this is probably my favorite minor feature that brings a huge convenience and a clever way of utilizing the fingerprint sensor.

The Honor 8 doesn’t pack the latest in terms of silicon, only offering Huawei’s Kirin 950 processor coupled with 4GB RAM. Although the processor made its debut in January, it still packs quite a punch, and I have yet to experience any stuttering or slow down. Per usual, I have run benchmark tests using Vellamo, 3DMark and AnTuTu - the results of which are posted below 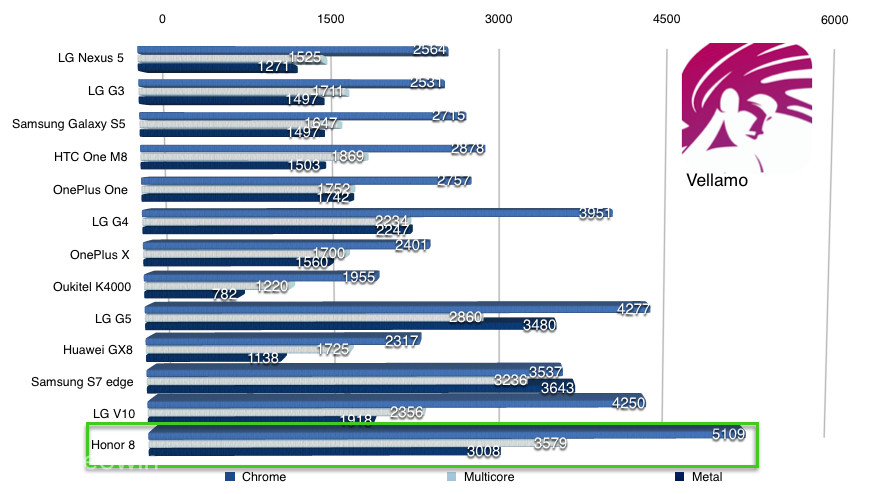 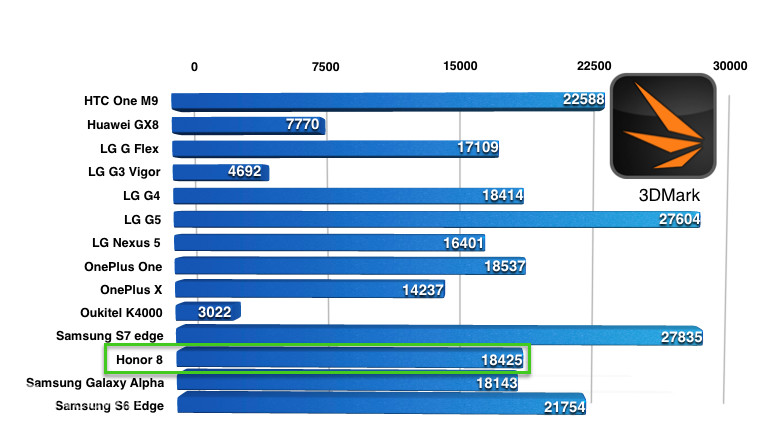 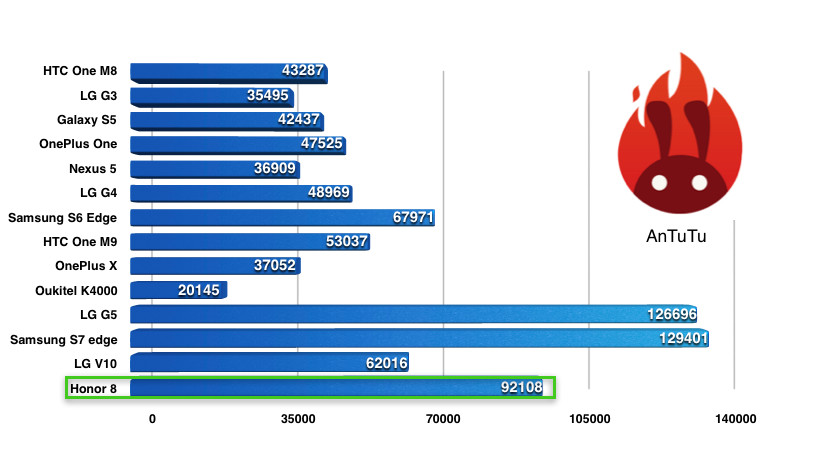 As far as battery life is concerned, the Honor 8 packs a 3000mAH battery, which has become par over the past couple of years. Naturally, the amount of time you'll get from the 3000mAh is completely dependent on your usage. For most, I believe that the Honor 8 should be able to last a full day. But those that frequently use battery intensive apps like Snapchat, will definitely need to recharge. My daily use included: emails, web browsing using Chrome, Spotify streaming online and via Bluetooth, Twitter and other various tasks. Just running these apps and using the camera every now and then, I was able to get through nearly two full days. But, if I added Snapchat into the equation, I was easily able to drain the battery in one day.

If you want to try and get the most from the device, you can always utilize Honor’s battery saver mode that will reduce the phone’s screen resolution down to 720p. It doesn’t save a whole lot of battery, but it is a clever way to squeeze a little more time from the phone. One thing to note is that although the Honor 8 does support fast charging, it does so through its own proprietary charger, meaning Qualcomm's Quick Charge solutions will not be compatible. 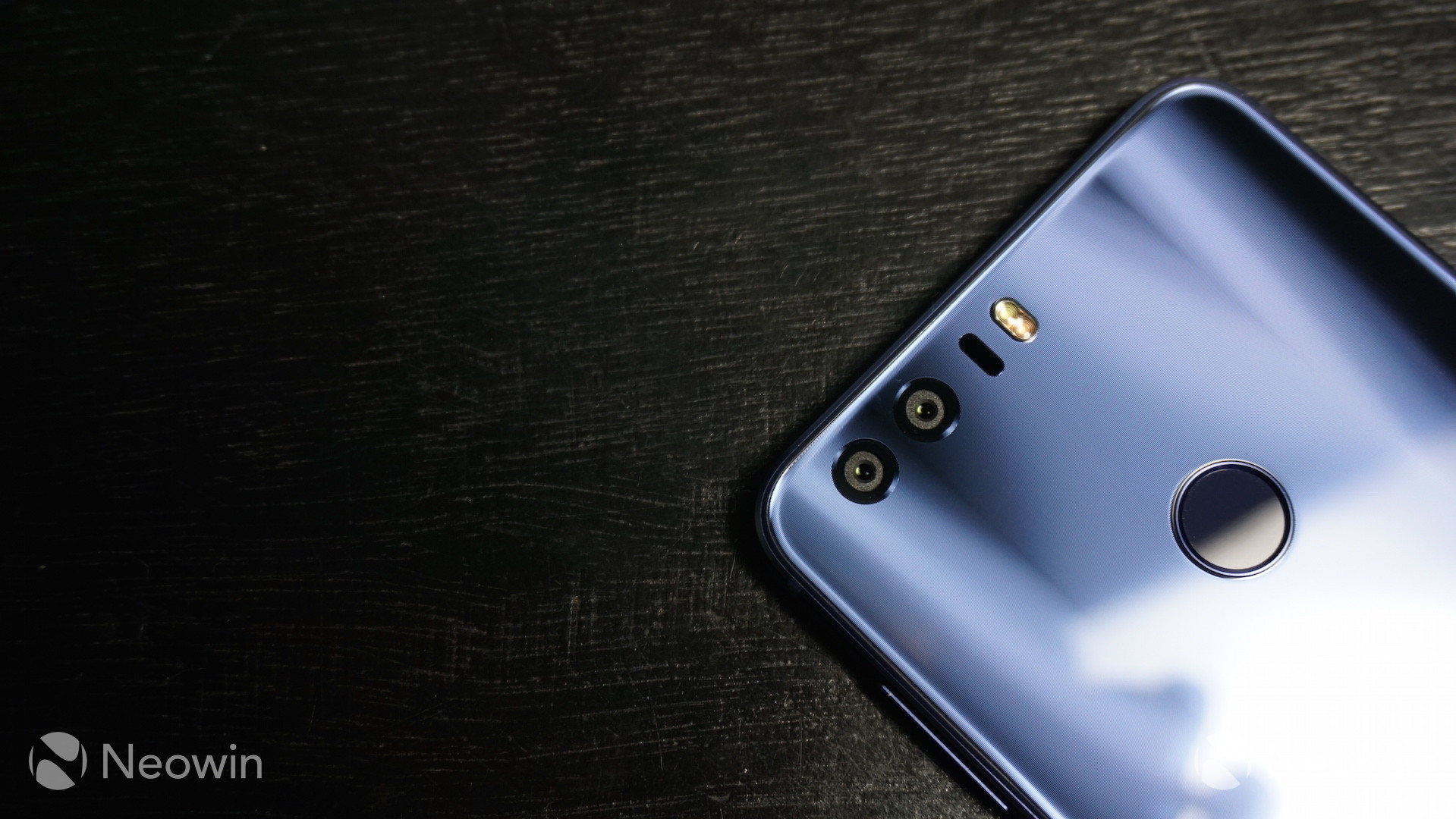 While this isn’t the first time we are getting to see a dual camera setup on a smartphone, it’s a completely different approach from what we have seen more recently with LG's G5 or V20. In Honor’s own words, the Honor 8 offers two 12MP sensors, with “one lens (that) allows for rich color and the other lens is monochrome to give your images more light and increased sharpness. Together they help you capture crisper, more detailed photos”.

Like many other top shooters, the handset performs brilliantly in the most optimal scenarios. During the day, you'll get quick focusing thanks to the laser assisted and hybrid auto focus system that results in crisp and vibrant images. If you are looking to have a bit of fun, Honor has also included some fun modes like beauty, food, and panorama - but the two features that really stand out are the "Light Painting" mode and the ability to adjust the depth of field settings of a photo on the fly or after the photo has been taken. Light Painting mode allows the user to capture light trails from a moving light source, much like leaving the shutter open on a DSLR. 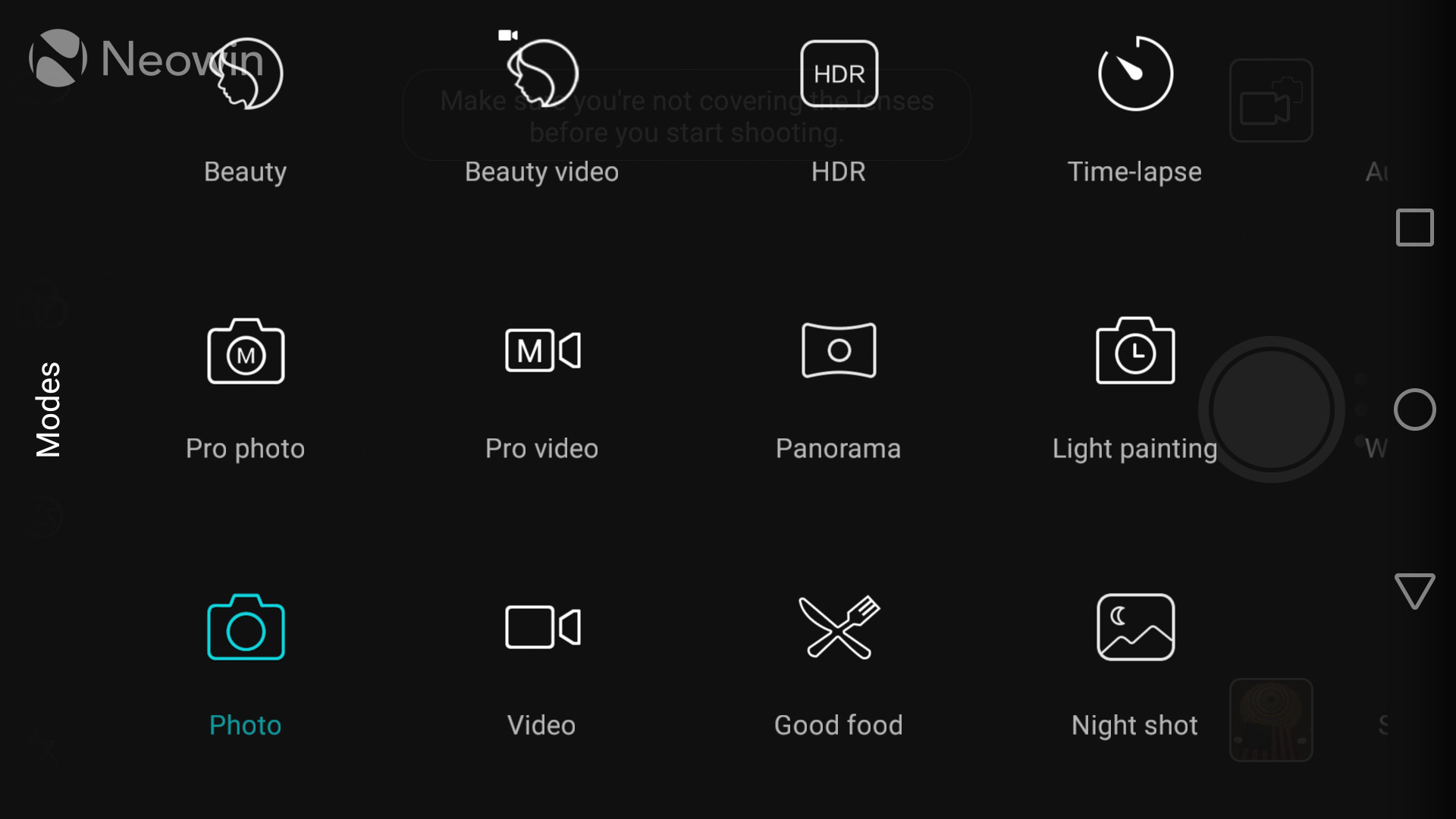 In low light or night shots, the handset is still capable of producing adequate shots, but to be honest, I was expecting a bit more from the dual camera setup. Naturally, if you are feeling a bit more ambitious, you can always switch over to the “Pro” mode that will give you access to more detailed adjustments to the ISO, shutter speed, EV, manual focus and white balance.

For all its benefits, the Honor 8's camera does have some compromises - the lack of optical image stabilization (OIS) and that it does not record 4K video. Now, the lack of either of these or a combination of both, could be a deal breaker for some. Personally, I was okay with not being able to record in 4K, but OIS is definitely something I have grown used to. Naturally, without OIS, videos are a bit shaky. But, as far as quality, the video looks good during the day, but can get a little muddled in a low light scenario. 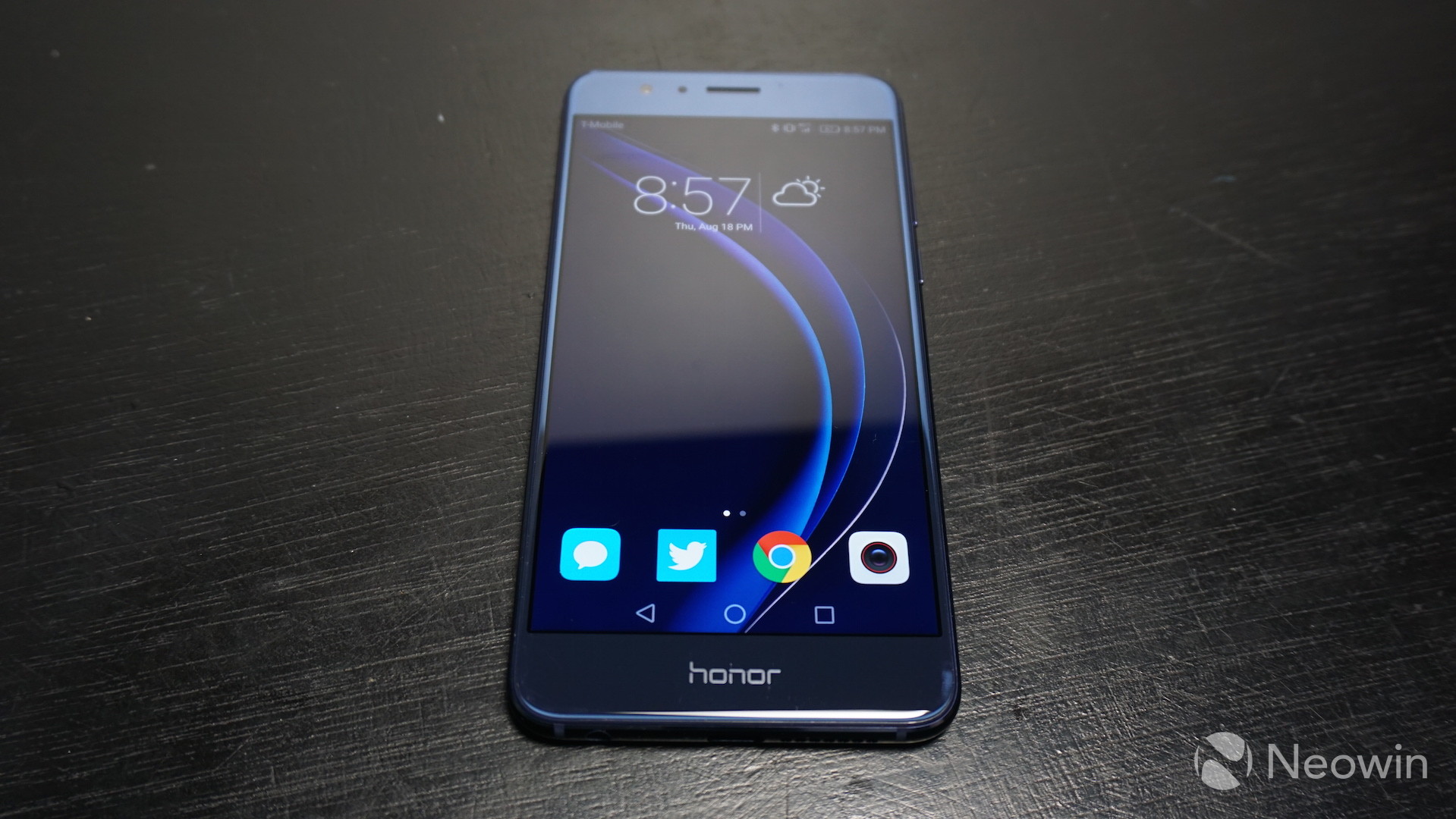 It used to be that the sub-$400 category of premium smartphones was a niche market. OnePlus was one of the first to follow the formula of offering a quality handset for hundreds of dollars below its competitors. Now, a couple years have passed, and the market has become a bit more crowded. While there are a few brands in Asia that are poised to turn the tide, none have found a way to successfully offer their devices in an official capacity in the US or other regions. Although the sales of Honor devices aren't at the level of Samsung, LG or even HTC - they have at least managed to get their foot in the door with major retailers like Amazon, Newegg, B&H and more.

While the Honor 8 might not possess a QHD display or the latest processor, it does offer all the right things in a fairly refined package - and does so for a price that doesn't have you questioning why your phone's purchase price equates to a month's worth of rent or a mortgage payment. Although it is not a perfect phone, it is a very good one, and you can bet that the Honor 8 is just the beginning of something that could potentially change the way we perceive smartphones in the very near future. 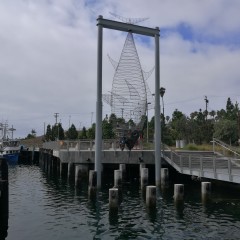 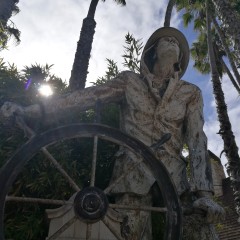 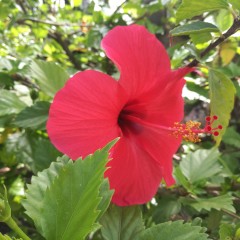 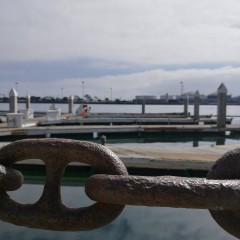 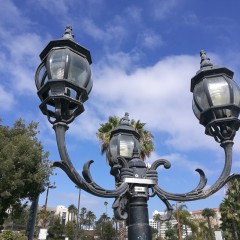 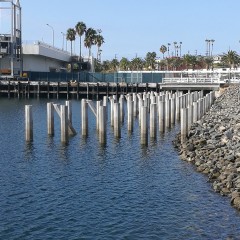 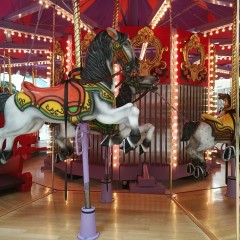 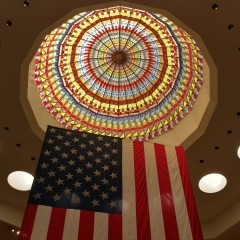 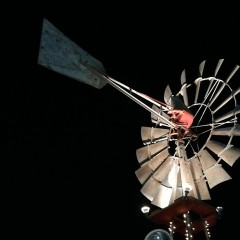 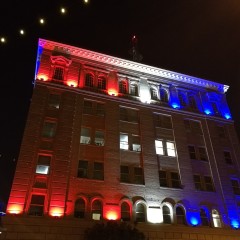