The new View10 is the latest flagship phone to come from Huawei's Honor brand, containing a Kirin 970 chipset, 6GB RAM, and 128GB of internal storage. In fact, it's similar in terms of specs to Huawei's Mate 10 Pro, except that device is $300 more expensive.

With that in mind, we can see that the Honor View10 brings a lot of value to the table. It's nothing short of a premium device, in a sleek aluminum unibody, with dual cameras and high-end specs; however, it only costs $499.

With the exception of the fingerprint sensor placement, the design of the Honor View10 is actually very similar to the $199 Honor 7X. I don't mean to say that the two phones are comparable, as the View10 is far beyond the 7X. In terms of looks though, they both offer a matte aluminum unibody with dual individually housed lenses on the rear, and they both have 1080p 18:9 displays with narrow bezels on the sides. You'll find the fingerprint sensor on the front of the View10 though.

Also, the View10 has the antenna lines across the top and bottom of the phone, rather than across the body. The downside to this approach is, of course, that the metal body means that there's no wireless charging, not that Huawei uses wireless charging in its glass phones anyway. 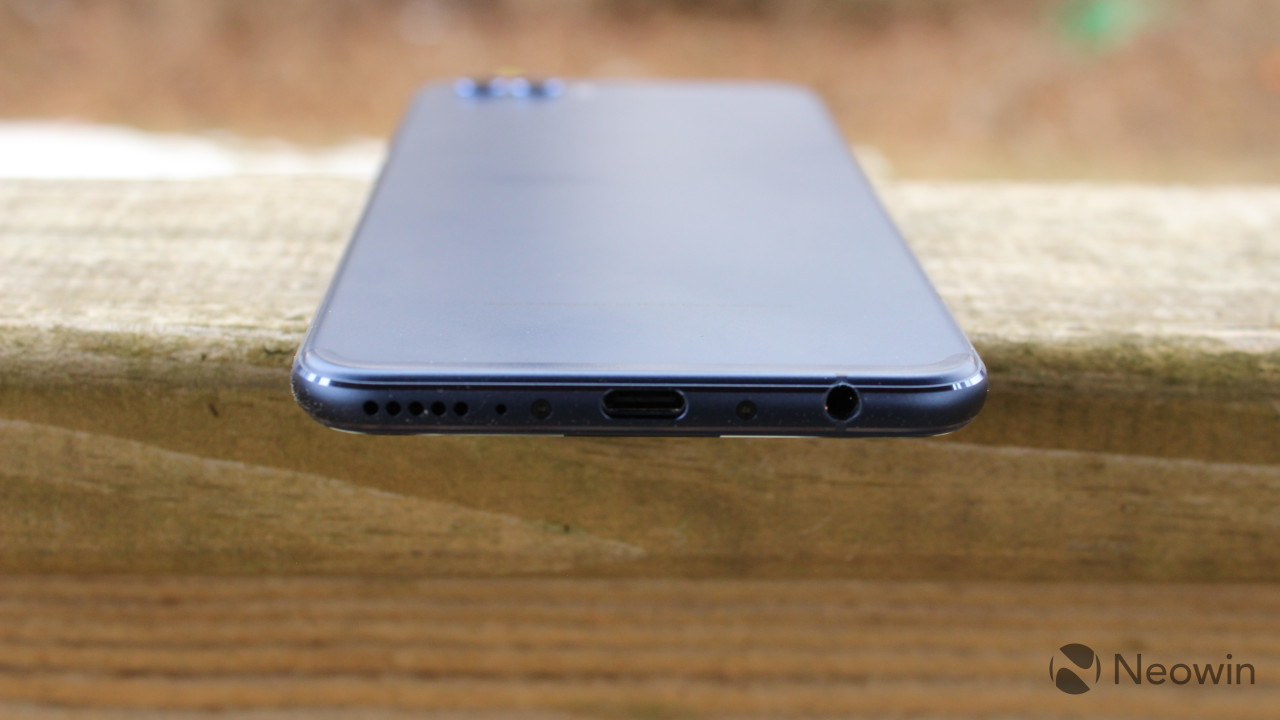 The bottom of the device is where you'll find the USB Type-C port for charging, a speaker grille, and the 3.5mm audio input/out jack. Personally, I like the approach of having the charging port and the headphone jack on the same side. It makes life a bit easier if charging and listening to music at the same time, and it's also easier for not getting dust and lint in it while the device is in your pocket. 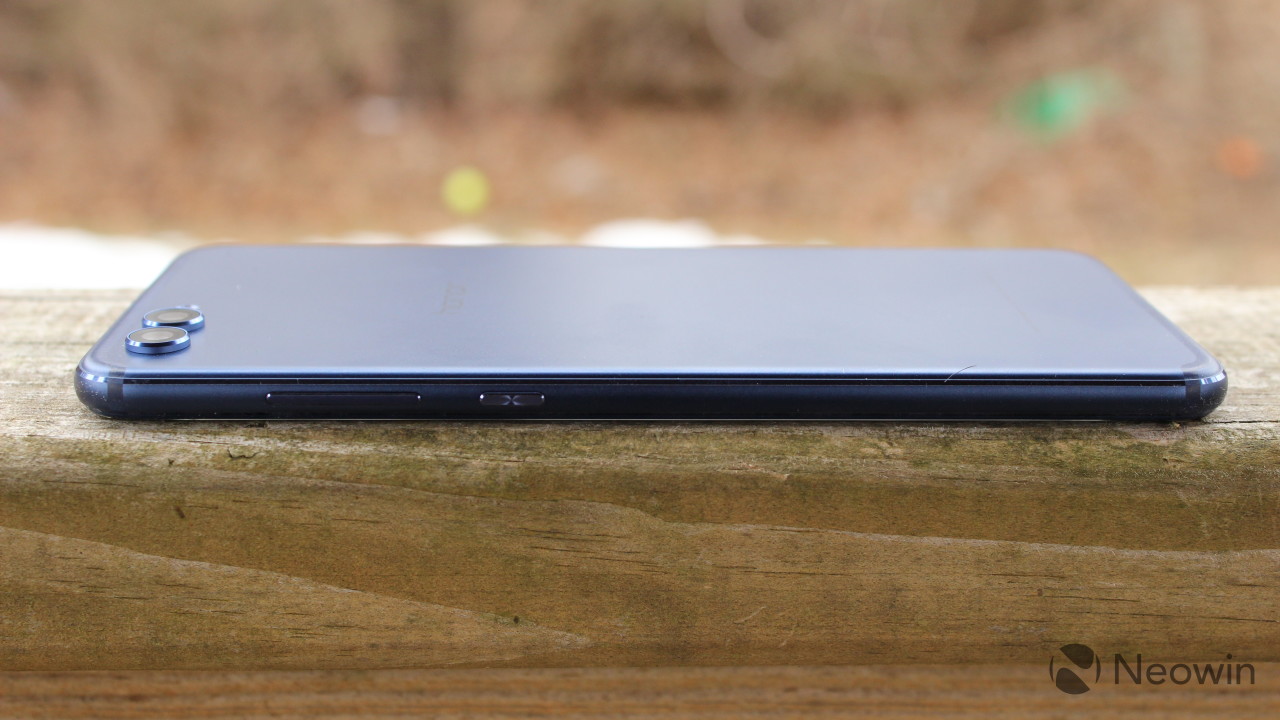 The rest of it is pretty standard. On the top-right, there's a volume rocker, and below that is the power button. On the top-left, there's a SIM slot that doubles as a micro-SD slot. There's even an IR blaster on the top of the Honor View10. 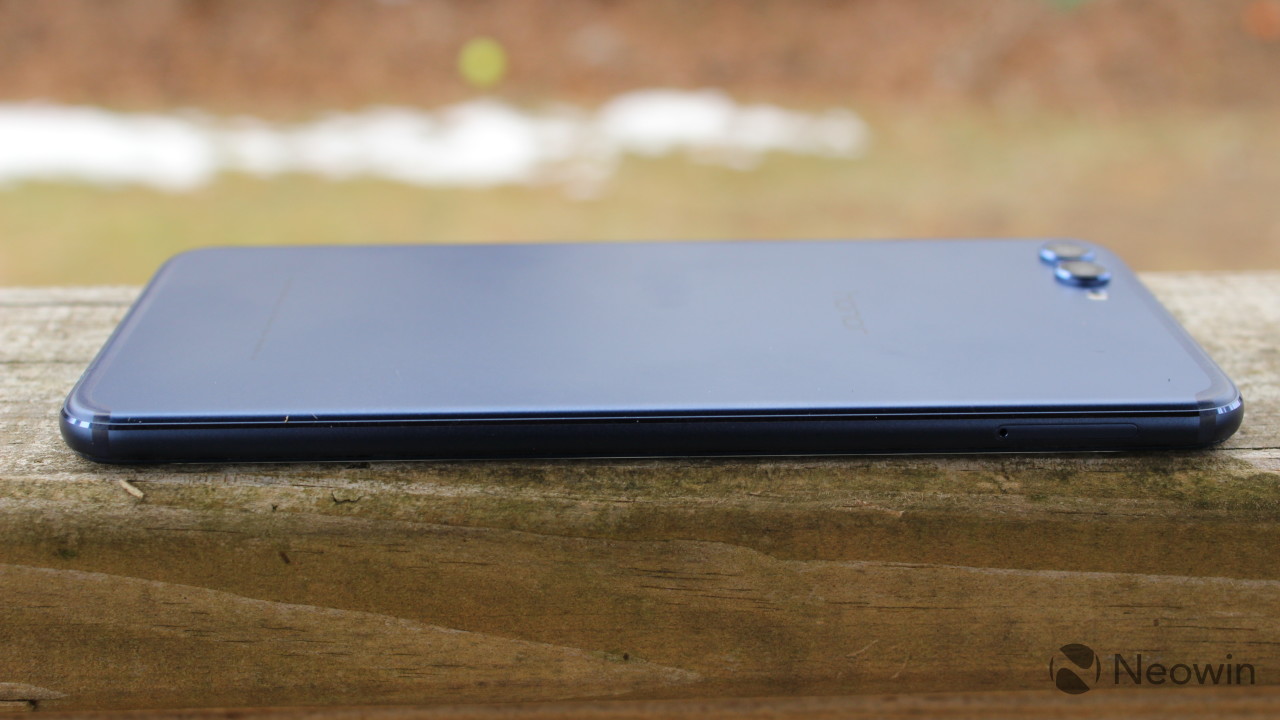 Ultimately, it's a pretty device, although there's nothing tremendously unique about it. As I mentioned earlier, it's very similar in terms of design to the Honor 7X, or a number of other devices that have aluminum unibodies, such as an iPhone 6s.

The display is a 5.99-inch 1080x2160 IPS LCD. No, apparently they couldn't go for the full six inches, making this device a perfectionist's worst nightmare. The resolution, however, means that it has an 18:9 aspect ratio, and it's the same as the Honor 7X and the Mate 10 Pro. 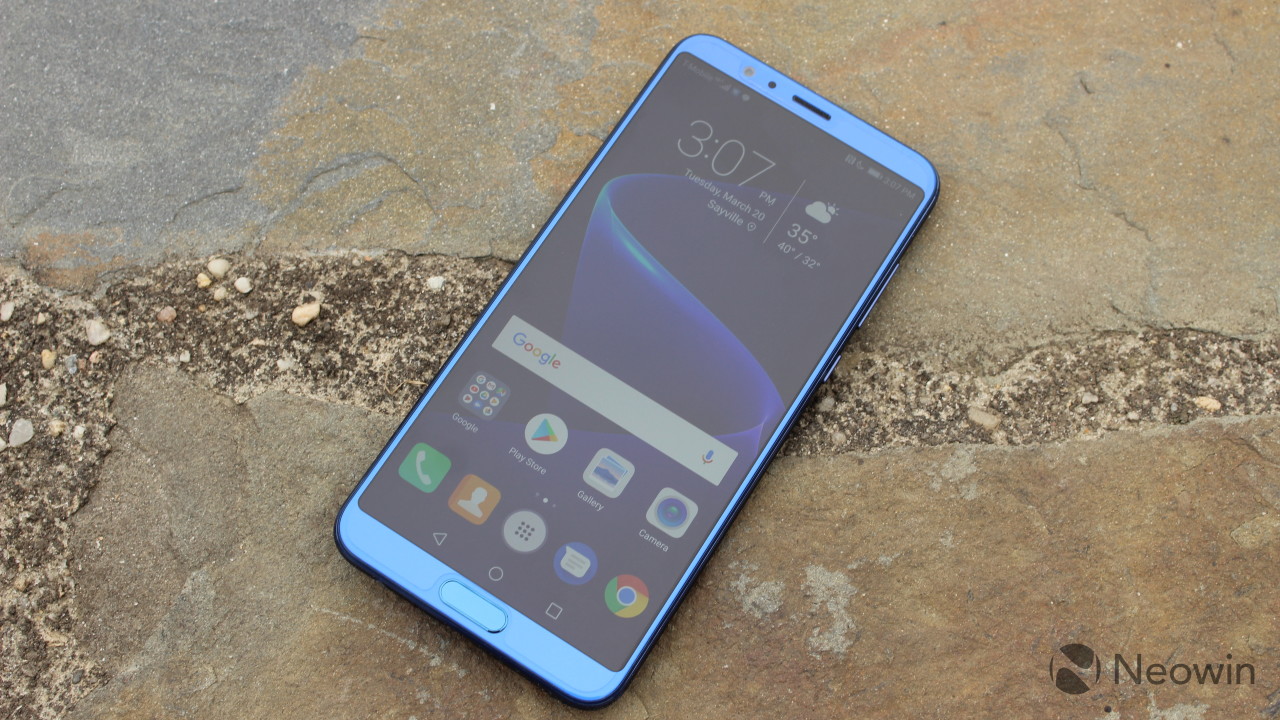 The View10 uses an IPS LCD for the display, whereas the Mate 10 Pro uses an AMOLED display. That means that the View10 will be less susceptible to burn-in, but it also won't produce black colors as well, since LCD panels are backlit.

Still, the display does look beautiful. The colors are quite vibrant for an LCD, and they're accurate too. The white balance seems to be spot on.

The Honor View10 has a dual-lens camera, as is the trend these days. There's a 16-megapixel RGB sensor and a 20-megapixel monochrome sensor, and these are not Leica lenses like you'd find in Huawei phones. Still, the camera is pretty impressive. 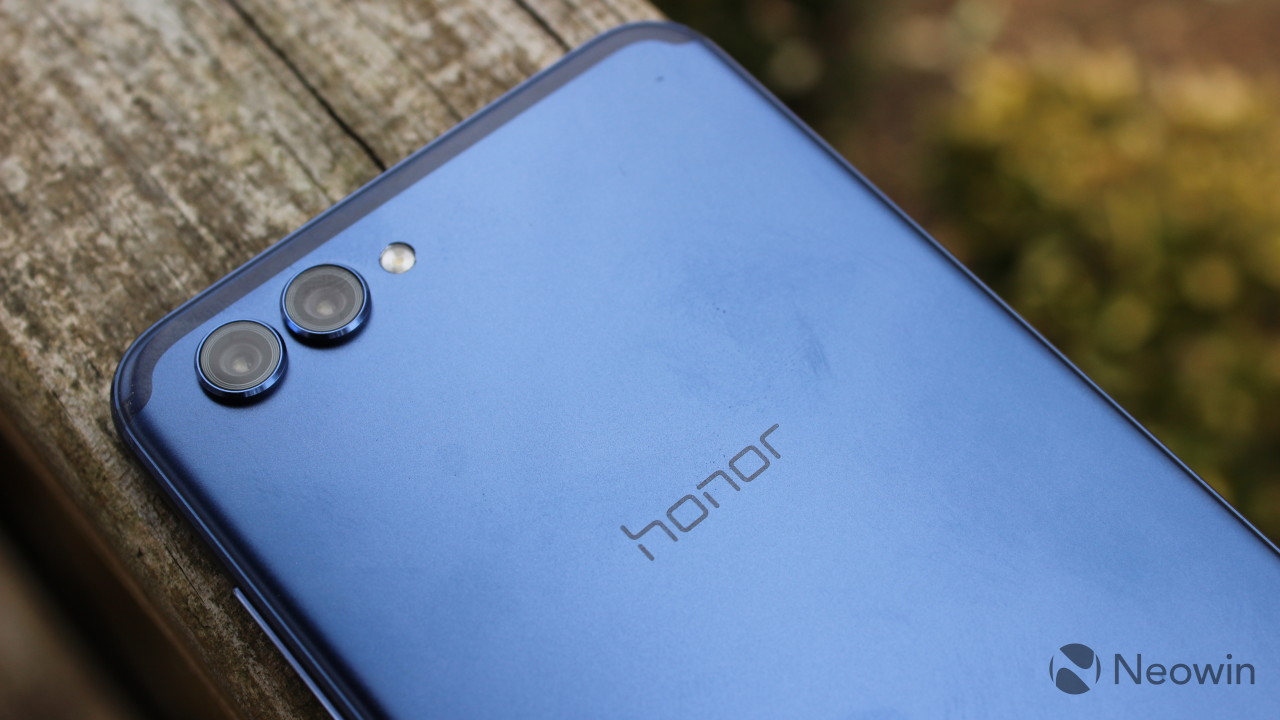 One of the key features in the View10 is what Huawei is calling AI photography. The idea behind this is that the camera can actually tell what it's looking at, by leveraging the Neural Processing Unit (NPU) in the Kirin 970 chipset.

The Honor View10 can currently identify the following scenes, and adjust the camera settings accordingly:

The way it works is that when taking a picture in automatic mode, you'll see a little icon that shows what it's looking at. Unfortunately, there's no way to change it if it's wrong, although I've not yet seen it be wrong. If you don't like it, of course, you can always use manual settings.

You can see that it recognized snow, plants, flowers, and text without issue, and you can also see that it doesn't work when using the monochrome lens. Huawei will be adding six more scenes to the device through a software update that is already available on the P20, but it hasn't stated when those will be available.

There's also a 3D Panorama feature, which allows you to move around an object and scan it. It outputs a large JPEG file, which doesn't seem to be entirely useful after being exported from the device.

In the samples that I took, there are some that used the RGB lens, and some were monochrome. I also played around with the wide aperture a bit, which seems to work quite well. There's also a shot in there with some blue flowers that were rendered as purple. They're actually my favorite flowers to shoot with a smartphone camera, because very few phones can pick up their true blue colors.

I found the camera to be very impressive. I think I expected a bit less from it because it doesn't use the Leica lenses that you'd find on the Mate and P-series lineups. I was particularly impressed with the low light performance. I took those pictures in a snowstorm, which can produce tricky lighting situations, but the View10 handled it quite well.

I also love the monochrome lens, just like I do on the Leica phones. I don't know why, but for some reason, it just looks better than if you took an RGB photo and converted it.

In fact, I've found the battery life of the Honor View10 to be fantastic. This is another benefit of the NPU. The device can tell how you use it, and adjust power settings accordingly, maximizing battery life.

For benchmarks, I used AnTuTu, Geekbench 4, and GFXBench. First up is AnTuTu, which tests a bit of everything to provide an overall score. 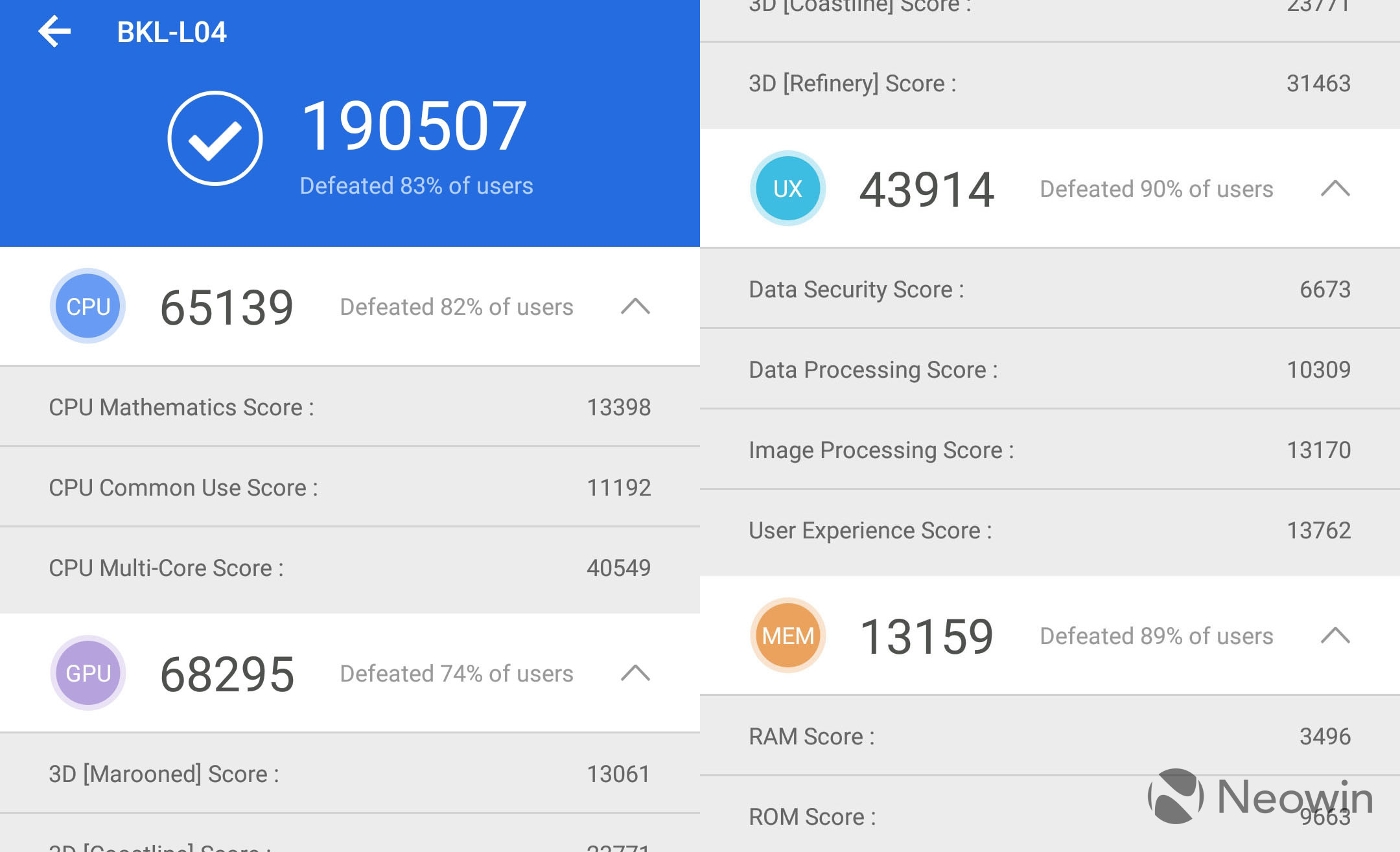 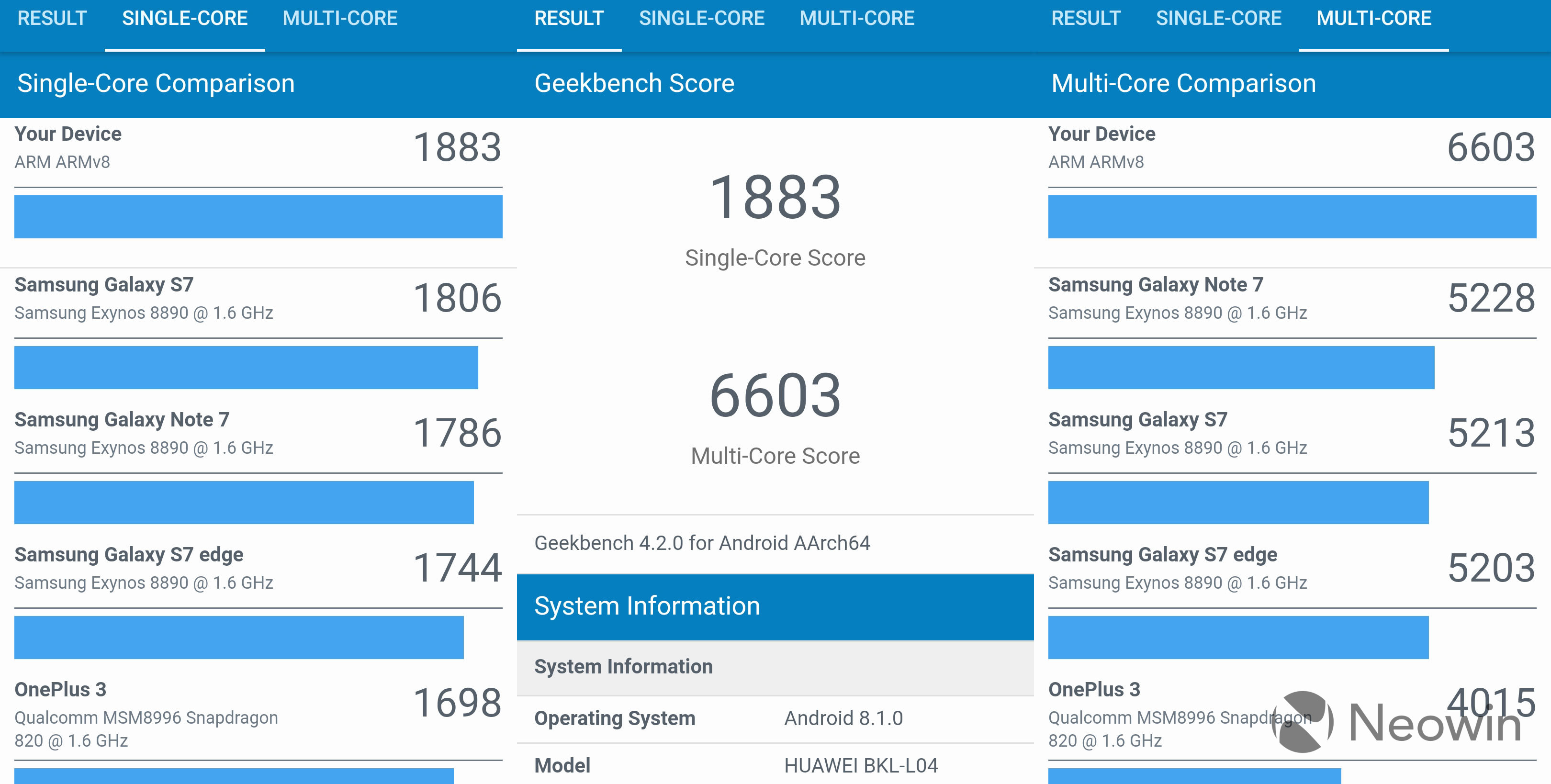 In general, the various tests go back and forth between the View10 and the Galaxy Note8, while the iPhone X comes out on top again.

I really don't have a lot to say here, but Huawei's fingerprint sensors deserve their own section, because as far as I'm concerned, they're the best fingerprint readers around. They're so fast and accurate that you'll find yourself testing it with other fingers to make sure that it's scanning anything at all.

The Honor lineup uses the same skin as Huawei-branded phones, which is called EMUI. The View10 is on EMUI 8.1, which is a jump from EMUI 5.1, as it's meant to line up with the version of Android that it's paired with. EMUI 8.1 is meant to provide more AI functionality, such as the camera and performance features that I've noted above.

The thing about EMUI though is that it's a pretty heavy skin. It doesn't affect performance by much with 6GB of RAM, but if you're one of those that thinks that stock Android is the best Android, this phone is not for you. I'm not one of those people, as I think that the ability to provide different experiences on different devices with the same core assets is Android's greatest strength. 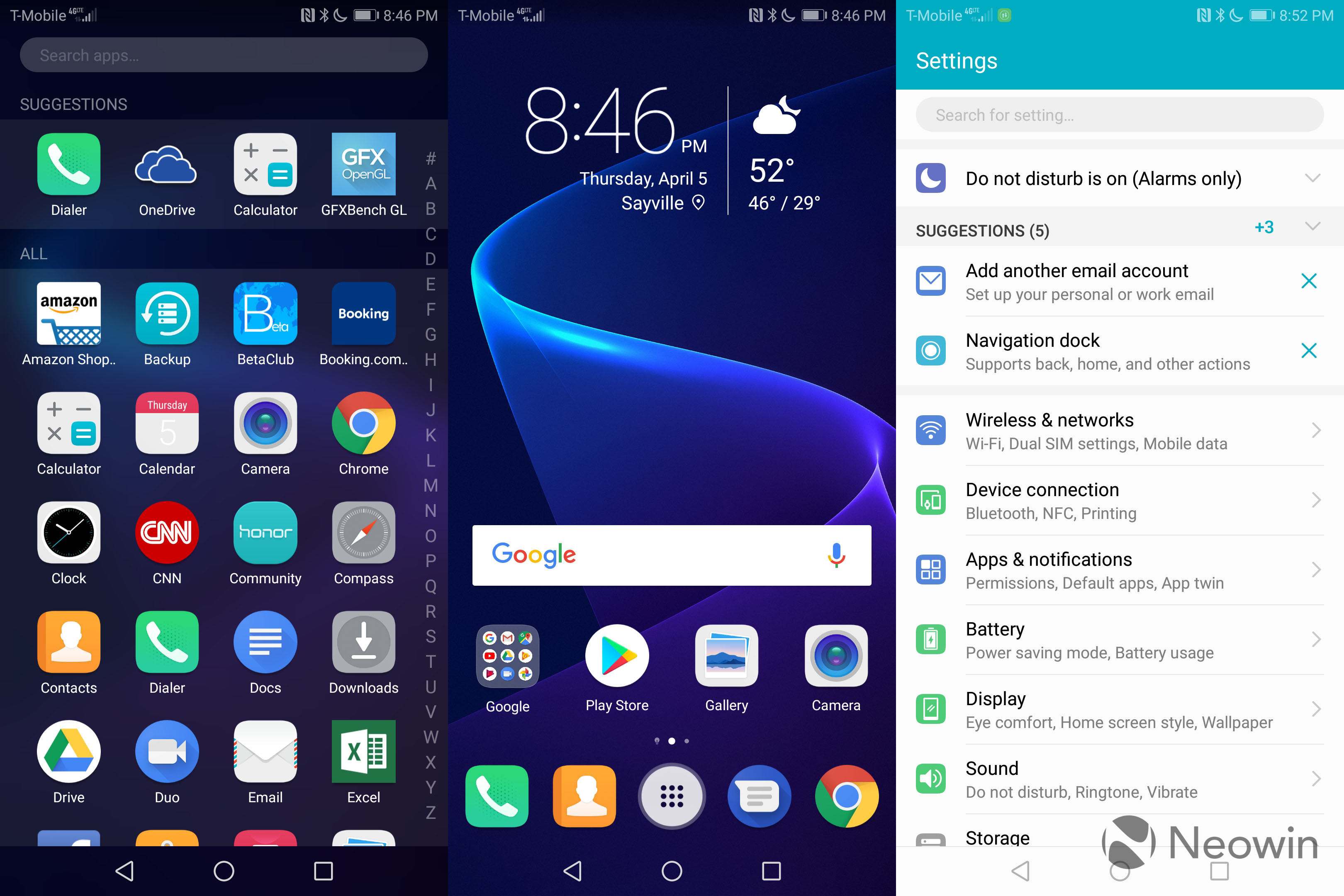 You'll find various apps on EMUI that aren't part of the stock experience, many of which seem redundant, like Flashlight. There's also a Mirror app, which is exactly what it sounds like; it uses the front camera like a mirror, and while it adds frames, you can't take a picture. There's also a Store app, which you can use to purchase your next Honor smartphone.

Some of the apps are useful though, depending on what you're looking for, such as Files, Health, Huawei Video, Smart Remote, Themes, Notepad, and more.

The point is, there are a lot of pre-installed apps on this phone. You might love it, and you might hate it, but they're there. Some of them are uninstallable, which is great.

Much of EMUI is clearly designed to be more similar to iOS, which I also think is fine. Huawei doesn't really try to hide it, so if that's the look you want but on Android, EMUI is the way to go. You can see this pretty clearly in the Settings app.

As I mentioned earlier, the Honor View10 feels a lot like an Honor 7X with the internals of a Mate 10. It looks strikingly similar to the Honor 7X, with the aluminum unibody, 18:9 display with narrow bezels, and independently housed camera lenses. I praised the Honor 7X's design when I reviewed it, being that it's a pretty phone for $199, but it feels a bit uninspired in a flagship. 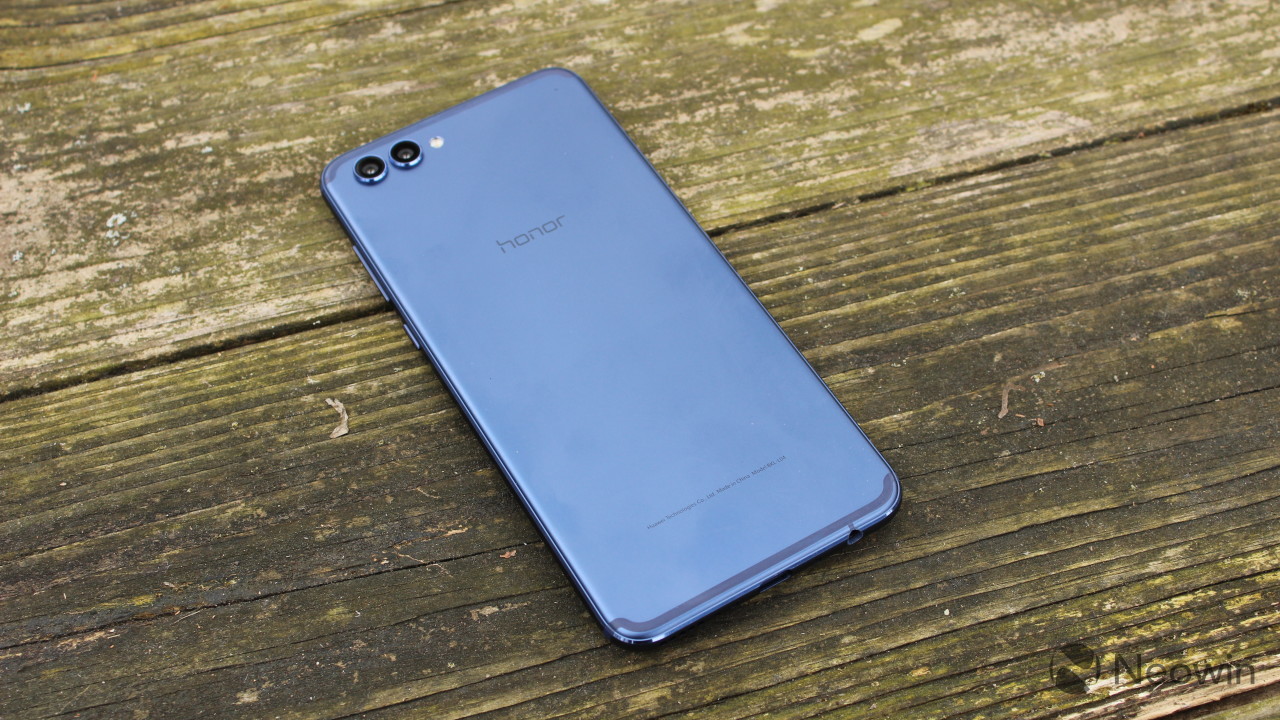 The flagship features are there though. The camera is excellent, and the AI components of it make it even better. The battery life and performance of it made it even more impressive.

Ultimately, this is a phone that you'll be happy that you spent $499 on. It checks the right boxes, with a beautiful display, a camera that takes great pictures, and a battery that lasts all day. 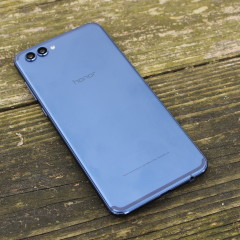 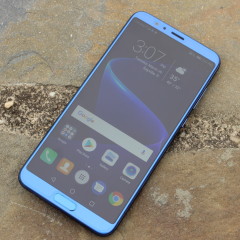 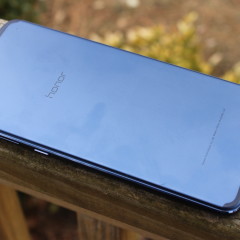 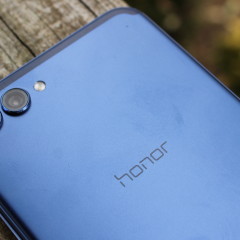 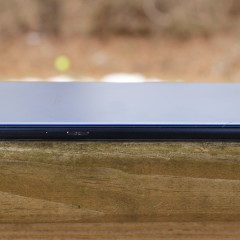 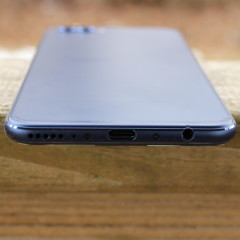 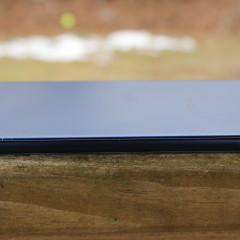