A couple of weeks ago, rumors first hit the Internet about yet another unannounced smartphone from Nokia, the Lumia 525. Now new images that allegedly show the phone itself have made their way to the Internet, thanks to the Chinese certification agency TENAA posting up photos of the device on its website. 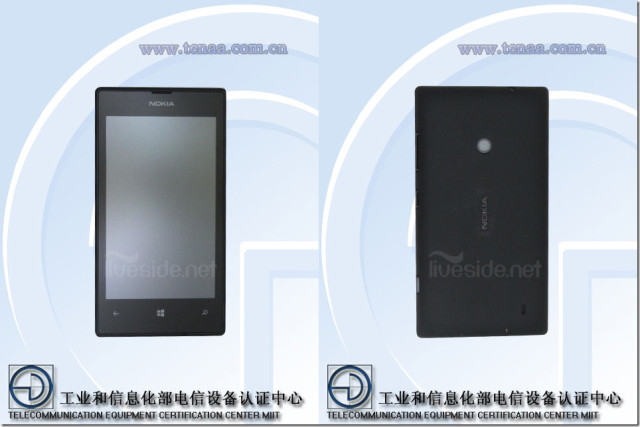 While the site has since removed the images, Liveside.net managed to pull down the renders of the Windows Phone. The images show that the smartphone seems to be very similar in looks to the Lumia 520, the budget priced phone that was recently named as the best selling Windows-based hardware product.

It's more than possible that the Lumia 525 is the successor to the 520 and if that's the case, it could be a huge release for both Nokia and Microsoft when it comes out. Rumors claim the 525 will have a focus on music and will contain a dual-core Qualcomm processor with 1GB of RAM. compared to the 520's 512MB of memory.

The big question? When will the Lumia 525 launch and how much will it cost? NokiaPowerUser.com says it's possible that Nokia will hold yet another press event at the end of November or the early part of December. If that happens, we might get confirmation on the 525 as well as the Lumia 929, the 5-inch smartphone that's rumored to be sold by Verizon Wireless.