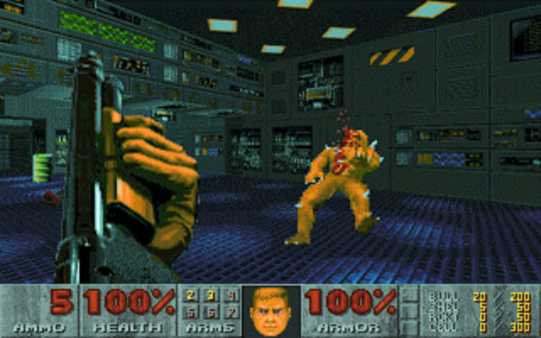 20 years ago today, Mesquite, Texas-based game developer id Software uploaded the shareware version of Doom to two sources; the Software Creations BBS and the FTP server at the University of Wisconsin–Madison. Once that happened, the sci-fi first person shooter was available to download and play to the rest of the world. Over the next few years, it sometimes seemed like the rest of the world was doing nothing else but playing Doom.

While the game was not the first FPS to be released, Doom was perhaps the game that gave the new genre a jumpstart into the mainstream. John Carmack's game engine was still technically 2D, but his programming genius allowed the Doom engine to give the player the illusion of walking inside a 3D space. It helped that the game had lighting effects that made the Mars-based game look scary and creepy. The art and level design can still give people nightmares even today, and including multiplayer deathmatch and co-op extended the life of Doom, and made it the bane of many an office network. Finally, Doom was easy to mod and became the basis for a massive community of amateur level designers, programmers and artists, many of which used those skills in remaking Doom to get hired at id and tons of other companies over the years.

One of the people who came on board id Software a few months before Doom was released was programmer Dave Taylor. In a quick email Q&A for Neowin, he gives his perspective on Doom 20 years after its launch:

What was the atmosphere like at id Software when you came to work on Doom?

It felt sort of like a treehouse club with a lot of youthful testosterone in the air, but with everyone working really, really intensely as the game came together. It was my first job out of college and my first commercial game, so while I found it super exciting, I also found it super challenging.  No one told me John was one of the best coders in the game industry, so I just assumed I was an exceptionally poor coder and pushed myself all the harder to catch up.  It was very useful naivitee, and I became a much stronger coder as a result.

Did you or any of the other team members at id have any idea when you were working on the game that it would become one of the most acclaimed and most played games of all time?

We all knew it was something special and even more so once the deathmatch came online, but at the time, I think we were all really focused on developing the game, not so much those sorts of things. 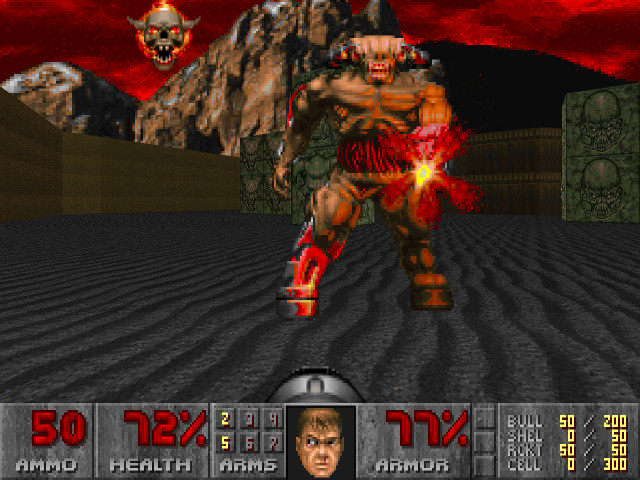 What was one thing about the development of Doom that is not generally well known?

To be honest, I think it’s been really thoroughly discussed and documented, but it still feels like a lot gets lost in the translation.  Anyone working passionately on an indie game with a small, talented team of people doing something challenging and new probably has the best idea of what it was like though.

How did id Software change after the release of Doom?

A lot of money started flying around, and the owners were very generous with bonuses.  This had a tendency to amplify personalities.

The only original member of the Doom team still at id is Kevin Cloud after the official departure of John Carmack a few weeks ago. Does this mean we have seen the end of an era in PC gaming?

While I was only there for Doom, Doom II, and Quake and don’t know much about the culture before and afterwards, I feel very lucky to have been a part of the story, and I suspect I got to witness some of the best years of id Software.  I still remember development with surprising clarity.  It was really fun to work with everyone on the team- John, Romero, Kevin, Adrian, Jay, Sandy, Shawn, American, Bobby, Paul, and Donna.  I miss hanging out with all of them and with the Rogue guys down the hall too.

Finally, do you think any game will have as much of an impact among the PC game industry as Doom did?

I’m sure, but I think like Doom, most won’t really see it coming.  It’ll hit us like a ton of bricks.

We want to thank Dave for answering our questions. For more about Doom's 20th anniversary, check out Wired's chat with John Carmack, and Kotaku has chats with Carmack and former id designer John Romero.