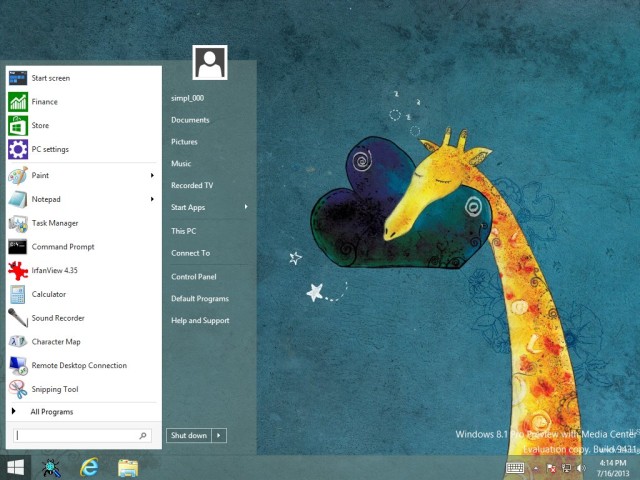 There are quite a few of Start menu programs for Windows 8 to choose from but as Microsoft gets ready to launch Windows 8.1 later this week, many of those programs are now getting updates. One of them is StartIsBack, which recently released a new version, StartIsBack+, with a number of new features. Neowin got the main developer of the program, Tihiy, to talk about StartIsBack+, his reactions to Windows 8.1 and more

First, can you tell us a little bit about yourself and your programming background?

I was passionate about programming since middle school. I’ve started with Logo and Basic, wrote a few games, learned Pascal, C, then Visual Basic / Delphi / C++ and beyond. I’ve used all Windows versions starting with Win 3.1, but Windows 95 had a special place in my heart. I felt in love with its UI – I even created GUI app with QBasic on 286 PC which could draw its 3D-esque windows, Start button and Start menu (yep ;). That was about 15 years ago when Windows 2000 was on the horizon but I was always a bit of a retro lover. That’s water under the bridge now, although Win32 API and its principles still power most desktop apps. Now, I make various CRUD/ERP enterprise apps for a living, but that would probably change soon.

How did the idea for StartIsBack come about?

Being a retro lover, I wasn’t a retrograde – Windows 7 was very satisfying OS evolution which brought UI changes which I welcomed. Windows 8, on another hand, was incompatible with my mind set. Start menu, being a central UI place, has turned into gimmick which had nothing to do with the way I use PC. I’ve started to think a way to return things back to norm, and I’ve come with Ex7ForW8 – way to shim explorer.exe from Windows 7 to work on Windows 8. It was mostly about disabling Metro and it was quite a hack. Windows 7 - like start menu apps started to appear when Windows 8 release was around the webs. I tried them and thought – “That’s not the way I used it”, “That’s too gimmicky”, “That’s technically ugly”. So I decided to make a better one. And sell it. That was possible to create quickly, since start menu UI code still was in Windows 8.

So StartIsBack was a hack – but a beautiful one. Instead of disabling Metro, I’ve had to find a way to befriend it. I’ve come with ideas how to make Start screen more useful and whole new UI less annoying. The ideas were in the air and forums but each one required careful evaluating and the thorough implementation which required the deep knowledge of how the Windows shell works and how people use it (and how programs abuse it).

What has the response been like since the first StartIsBack was first released?

The response was fantastic. StartIsBack was acclaimed as the most accurate Windows 7 menu possible – which it was since it was actually Windows 7 start menu! It was universally praised by everyone who tried it, even some Microsoft guys couldn’t live with Windows 8 usability thriller. StartIsBack appeals to broad auditory so I had to evaluate many points of view when implementing new features. Over time, I’ve added a lot of small things to improve Windows 8 experience – for example, you can close Start screen with Alt + F4, like any other window, you can expect that closing Metro app will return you to the desktop or Start screen, depending on which environment you used last, Metro apps are added to Start menu (but not by default) and search but have square icons to differentiate them from classic desktop apps. 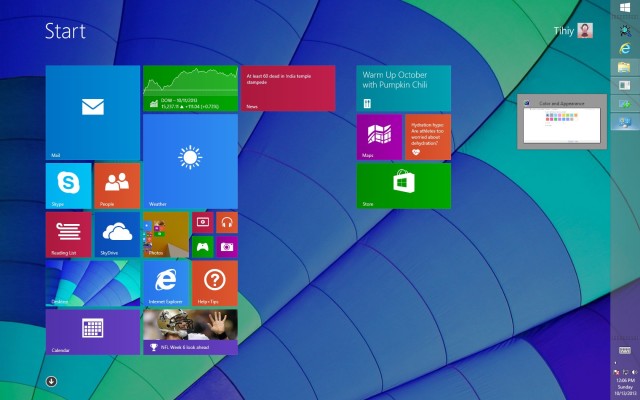 You have finished a new version StartIsBack+. What can you tell us about the new features?

StartIsBack+ is all-new StartIsBack version for Windows 8.1, although you should not notice a lot of differences when you install it. Whole Start menu UI was redone from scratch since its code was removed from Windows 8.1, so StartIsBack+ is no longer a hack. That wasn’t easy but I had to make sure no user expectations are compromised. There are a lot of languages, themes, settings, PC configurations and other programs which have to work with it. I’m proud with the result – start menu configuration is now is both easier and more flexible, and new start menu consumes fewer resources than the original one. StartIsBack+ can add taskbar to your start screen. With the new 8.1 feature – desktop wallpaper on Start screen, switching to it does not hurt your workflow as much, but adding taskbar there is really useful – you can switch, peek and launch apps from there, check time, sound, network, etc. – everything that people are used to for the last 18 years. It’s not that hard to do and makes Start screen much friendlier, makes one wonder why Microsoft didn’t do this.

There’s also “Everything at once” (not Lenka song). I’ve created this function to make key aspects of Windows UI available without hunting, and it came as a great multitasking helper which rises all hidden Windows 8 chrome at the same time – app switching bar at left, charms (or search pane) at right, and taskbar at bottom. When it’s on, you can go to any app from any app without having to dig layers of hidden interface. It’s done by holding Windows key (or double-tapping Windows logo on the tablet, since unfortunately long-press is not possible there). I imagined various advanced functions for Windows key, but prototype testing resulted in shaving most of it with Occam’s razor. Finally, StartIsBack+ is better suited for notebook/tablet transformers. StartIsBack+ distinguishes Windows key under tablet screen and on keyboard, opening start screen or start menu accordingly, which allows you to have best of both worlds separately: use StartIsBack+ enhanced start screen on the tablet, then plug keyboard to it and work with real apps with the real start menu.

What do you think about Microsoft's decision to add the Start button, but not the Start menu, back into Windows 8.1?

“No more half measures, Microsoft”. Start button in Windows 8.1 is a great visual cue, but isn’t a solution to any other UX issue. Changes in Windows 8.1 are positive but they’re not enough to return users disappointed with Windows 8 deprecating experience which was essential for them for years. I would expect more radical UI changes in the future Windows versions, but that would require vision, bravery and speed which Microsoft may not have. So maybe stick to the classic UI which works in your favor while developing new stuff?

What plans do you have for additional features in StartIsBack?

Improving looks and functionality of start menu, start screen, taskbar and whole Windows 8 UI dilemma. It’s unlikely other Windows 7 features will make a comeback with StartIsBack, but I may create other apps to do this.

Do you think you would consider making an app for the Modern UI of Windows 8?

I don’t think so, yet. I’m a native code programmer and native Windows 8 app ecosystem is experiencing troubles – after one year, there still isn’t any third-party browser with proper touch support, no Modern VLC, no first-party native library porting toolkit. There are no apps which use amazing new system stuff like DirectComposition, Pointer API, etc.; lot of apps are still not even DPI aware! The only possibility of Modern UI app which seems to me as not a waste of time right now is some HTML5 app.

Finally, is there anything else you wish to say about StartIsBack+?

StartIsBack+ is not just about legacy. It’s about common sense. It’s about making your life better, allowing you to be productive without fighting with the operating system. Use it or not, your choice. But if you use it, you will get the start menu as close as possible to original one.

We would like to thank Tihiy for answering our questions!