Boygeniusreport is reporting the first leaked screenshot of the iPhone 4.0 OS (2B13), leaked from an inside Apple contact.  According to the Apple contact, there are some new exciting features added to the iPhone OS 4.0.

Here are five features added to the iPhone OS 4.0 that should make iPhone fans excited:

•    There will be multi-touch gestures OS-wide. (Would make sense for that as the rumored OS for the iTablet is close if not the same as the iPhone)
•    “A few new ways” to run applications in the background — multitasking.
•    Many graphical and UI changes to make navigating through the OS easier and more efficient. We haven’t had this broken down, but we can only hope for improved notifications, a refreshed homescreen, etc.
•    The update will supposedly be available for only the iPhone 3G and 3GS, but will “put them ahead in the smartphone market because it will make them more like full-fledged computers” more than any other phone to date. Everyone is “really excited.”
•    The last piece of information is the most vague, but apparently there will be some brand new syncing ability for the contacts and calendar applications.

If the list is true, it could mean that we might see the next generation iPhone next week during Apple’s press event on January 27.  Fans will also be happy to see that Apple is finally adding in multitasking, a very long overdue feature, which is something to get excited about, much like copy and paste was in iPhone OS 3.0. 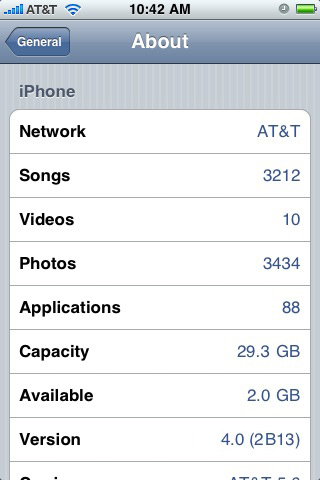