Kickstarter is a site that gives people with product ideas a place to pitch their offerings to people who want to donate to their cause. While donators aren’t investing in the idea, they are given rewards for their generosity. Last week we showed you projects for a computer museum, a Facebook documentary, and an iOS cookbook by Celia Brooks Brown. Of those projects, the Museum of Art and Digital Entertainment is 75% funded with nearly a month left, and the Future of Facebook project has been successfully funded as well. The vegetarian cookbook is only 10% of the way there with a month left. We also previously discussed the Minecraft documentary; that project is now 100% funded, but there are still a few days left if you want to contribute.

This week we are dedicating the segment to projects that can enhance your iPad or iPod experience. This includes an interesting stand for your iPad, a device that lets you hold your iPad like a phone, a charging station the iPhone that plugs directly into the wall and has a built in speaker, and a game where YOU can be a playable character for others.

There’s no question that tablet computing is growing quickly and the iPad is leading the way. One of the common complaints about a tablet is that it’s large, bulky, and uncomfortable to use in bed for long periods of time. Designer Seth Quest aims to fix that problem with a device he calls Hanfree. The device has a v-shaped stand with a stainless steel neck. A clear case with a ball and socket joint on the back snaps around your iPad in order to connect it to the neck. The joint allows the tablet to be rotated 360 degrees for perfect positioning no matter where you are. The device supports both the iPad and the iPad 2, but there's no information on whether it will eventually support other tablets such as the Xoom. There is only one pledge level for this project, and that will net you one of these devices once they’re completed. Funding is 33% done with over 50 days left in the project.

Meglio: Rotatable ergonomic handle and stand for the iPad

If you would like to hold your iPad, but don’t like having to use two hands to do so, then Salman Paracha’s project is for you. Dubbed the Meglio, the device is in essence a handle for your tablet. The video pitching the idea starts by showing someone going through their day – pouring a cup of tea, picking up the cup, opening a door – and then poses the question, “Life’s essentials require a handle. Where’s yours for the iPad?” The Meglio allows the user to hold the iPad like they would a phone while still giving the freedom to rotate the device. In addition the handle doubles as a stand and a hook, giving you more flexibility on where and how you use your iPad. The video even humorously shows someone using the iPad in the bathroom with the device hooked over a bar on the shower door. The Meglio project is roughly 25% funded with over three weeks to go. 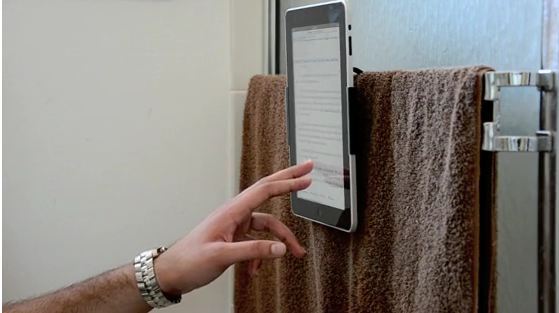 One of the problems with charging electronic devices is the constant tangle of cords. Designer Hern Kim is looking to fix that problem with a project he calls the WALdok, a device that plugs directly into an outlet and allows the user to simply slide their iPod/iPhone into the slot to begin charging. While this is cool by itself, WALdok takes things one step further by integrating a speaker into the system, allowing users to listen to their music and charge the device at the same time. This can be used to play music in the kitchen while preparing dinner or in the bathroom while getting ready for work, while keeping the device’s battery constantly charged. The project still has nearly three weeks to go and has more than doubled its goal, meaning the WALdok will soon be a reality. There’s still time to get in on the ground floor if this device interests you. 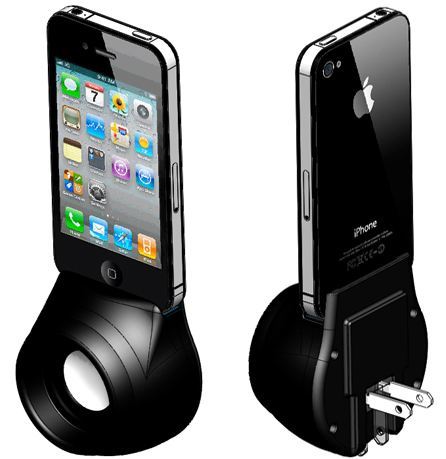 Board games are the passion of Green Haven Games so when their physical board game project failed to reach its lofty goal, they decided to turn it into an iPad app instead. This family-oriented game revolves around protecting a plane crash site by building dams. The tide raises and lowers based on the moon and players must collect supplies while avoiding various perils on the island. According to the project notes, the game itself is almost complete but it’s missing artwork for in-game characters. In an interesting twist, for a donation of $195 or more the game creators will put your caricature in the final playable version. In addition, they will also use the same caricatures in the printed board game should that ever come to fruition. The project has received two-thirds of its funding with a little over a week to go. 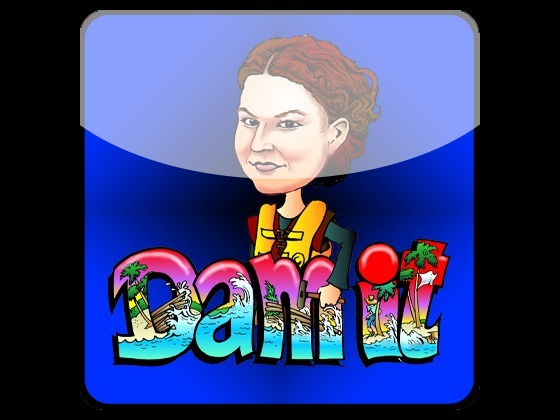