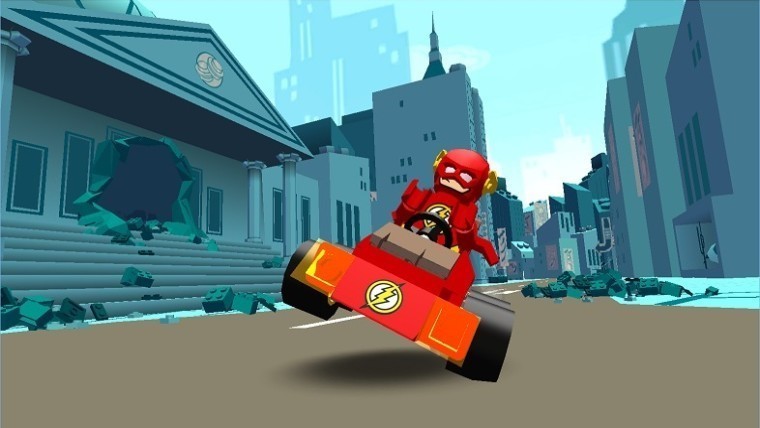 This week, a new game based in the DC Comics universe and aimed at kids, or even those young at heart, was released for both Windows 10 and Windows 10 Mobile.

LEGO DC Super Heroes Mighty Micros puts you in control of a variety of DC Comics characters, including Batman, Robin, and The Flash, racing to catch villains before they get away. Alternatively, players can turn the tables and play as the bad guy trying to successfully escape the city by evading the super hero's attempts to capture you.

Players start off the game by choosing one of three super heroes, with additional characters unlocked by collecting studs throughout the course of the game. Studs can also be used to open up new environments and stories.

In terms of in-game controls, your vehicle is controlled using an on-screen steering wheel. While this may not be a big deal for those playing on touchscreen devices, those playing on PCs without touch input have no choice but to use a mouse.

At this stage, no plans of bringing a Marvel version of the game to Windows 10 have been announced.

LEGO DC Super Heroes Mighty Micros can be downloaded from the Windows Store for free, and the game does not contain any in-app purchases.