We've all been there. A friend asks us what kind of PC they should buy, and when we ask what they want in a PC, they say the equivalent of "everything". When we ask how much they want to spend, it's a couple hundred dollars.

Obviously, at a price point of a few hundred dollars, there are sacrifices to be made, but if you're looking for a convertible, there's the Lenovo Flex 6 11. Coming in at $329, it has a premium build Dolby Audio Premium, and a convertible form factor.

Unfortunately, it only has 2GB RAM and 64GB eMMC storage, limiting the use case of the device.

Made of polycarbonate plastic, the Flex 6 11 comes in any color you want, as long as it's black. To me though, the build quality feels pretty premium though. I had actually guessed that parts of it were made of metal until I read through the specs. 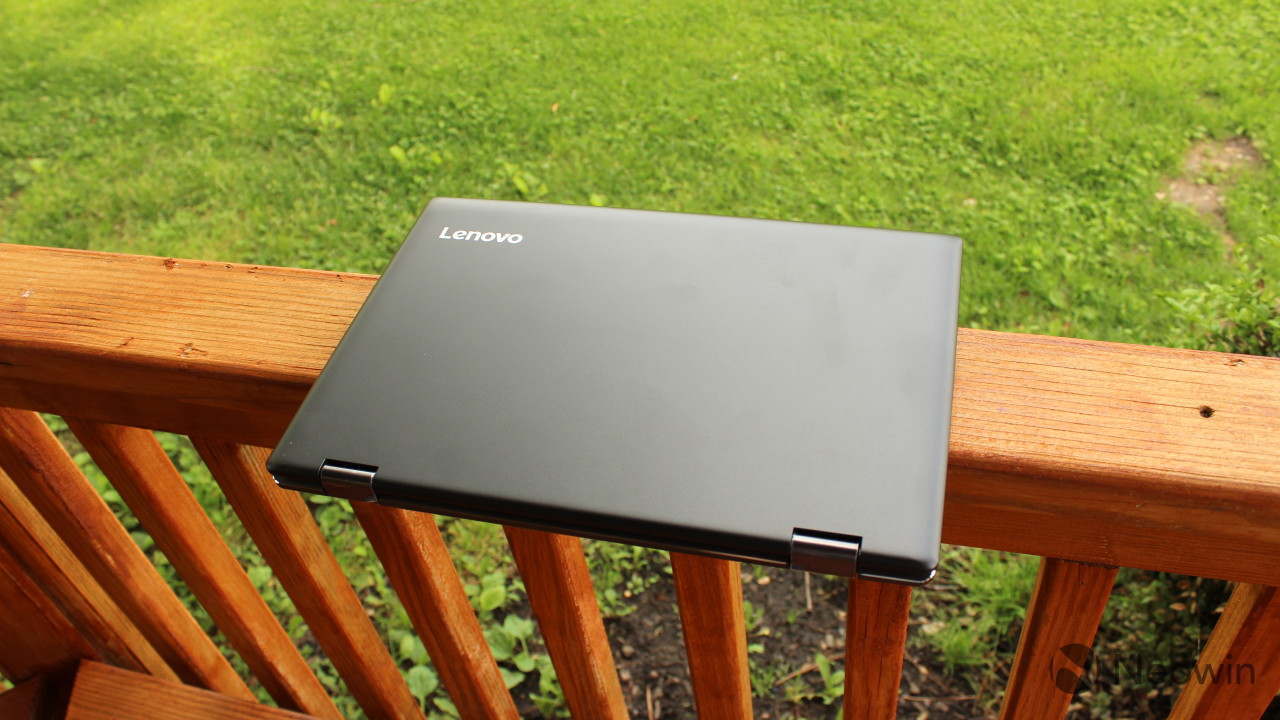 One thing that I can appreciate about this device is that it's very portable, meaning that it's small and light, so it's easy to throw in a bag and take on the go. It weighs in at just 2.75 pounds, and it's only 0.7 inches thick. With a convertible form factor, I really can't complain about the design. 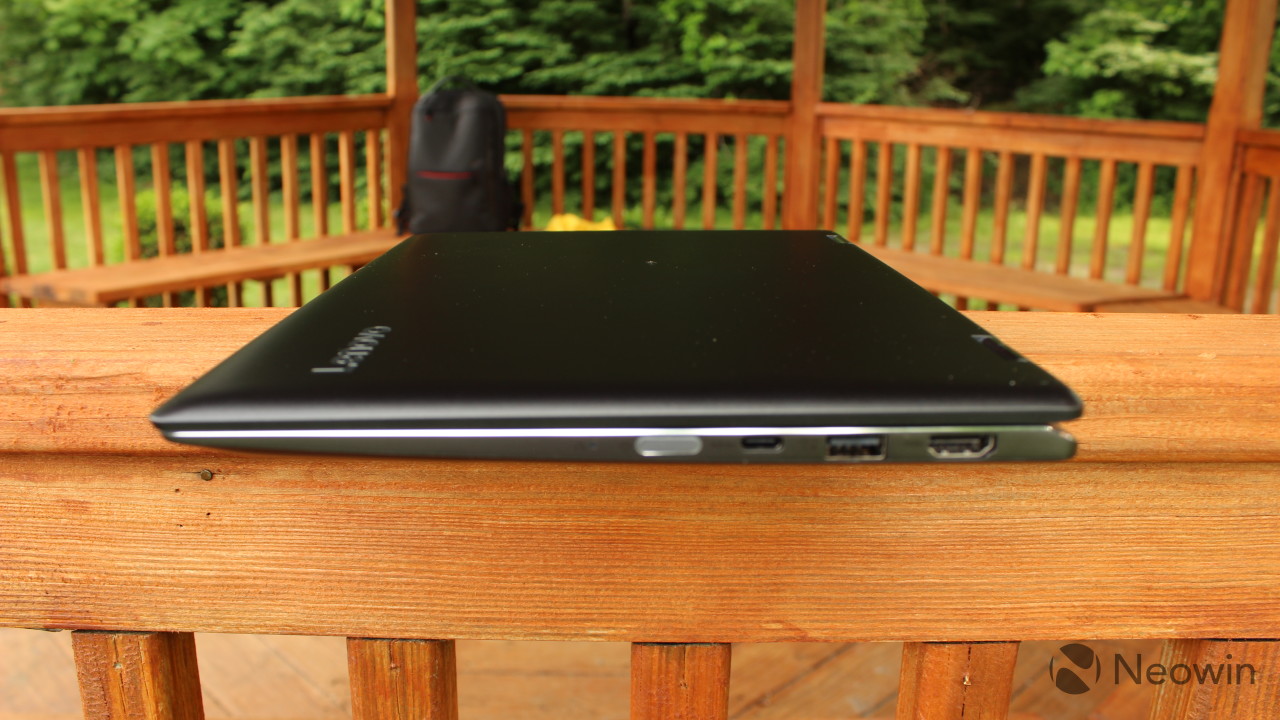 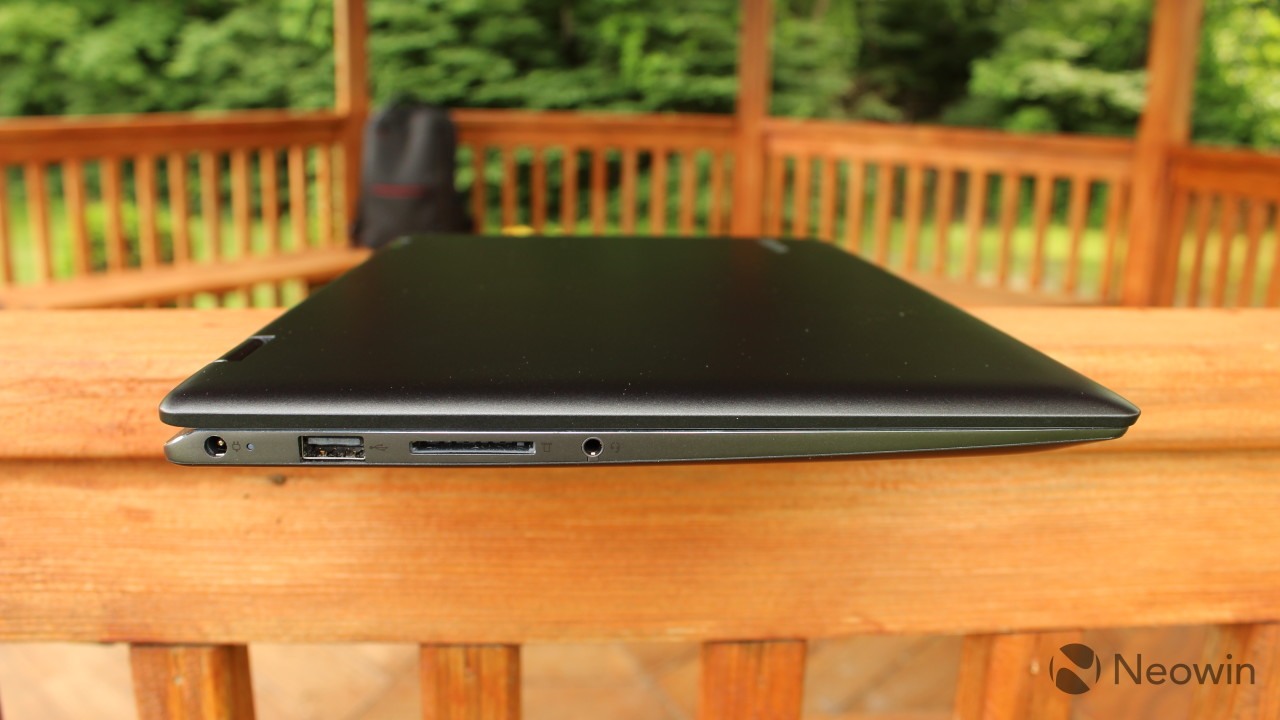 The bad news is that the charging port is a pin charger, and the USB Type-C port does not support charging at all. This always disappoints me, because I'm a big fan of the idea of using the same charger for all of my devices. After all, this could be a PC that a parent might buy for a child, and the child might want to borrow the parent's charger.

It's nice that one of the USB Type-A ports supports always-on charging. That means that you can use it to charge your phone while the PC is powered down and plugged into power.

The inside of the device is pretty stylish as well. The gray keys on the six-row keyboard look pretty with Lenovo's rounded bottom edges. Below the keyboard and aligned slightly to the left is the trackpad, which doesn't have any additional buttons like some of Lenovo's laptops.

I am not as impressed with the display as I was with the general design of the PC. For one thing, it has exceptionally large bezels, although there is an HD webcam above the screen. The chin is well over an inch tall, although that likely serves to elevate the 11.6-inch screen a bit. 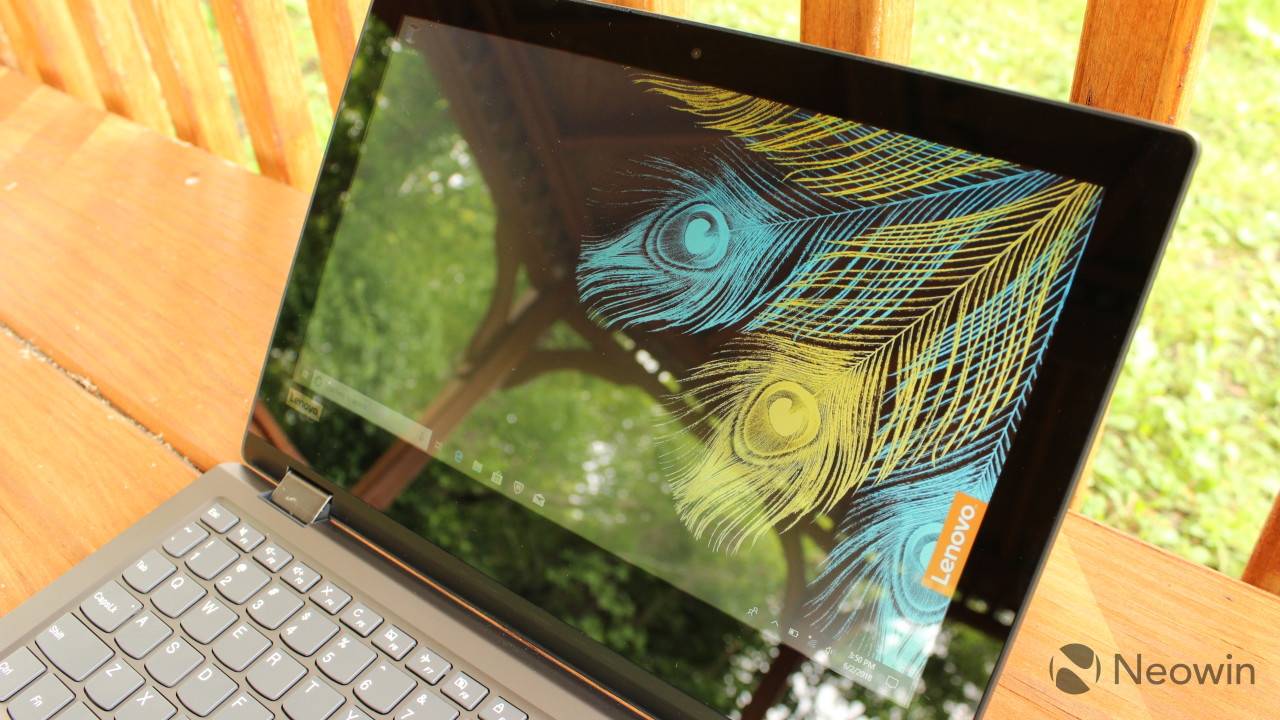 The resolution of the display is 1366x768, which actually feels fine on a screen this small. It's really just not a very good screen. The LCD backlight feels too bright, and everything looks a little bit washed out because of it. Again, considering the price of the Flex 6 11, this is probably to be expected.

It's also listed as being an anti-glare display, something that's also not impressive. From my experience, this thing is terrible when it comes to glares in bright lighting conditions.

Of course, it is a multitouch display, and it wouldn't be much of a convertible if it wasn't. It would be nice if the device had pen support, even if it didn't come with a pen. That additional functionality is really useful when it comes to convertible PCs. Sadly, any pen you use with this machine will not be an active one.

While I appreciate the design of the Flex 6 11 and not the display, I do enjoy the keyboard. In fact, I don't think that I've ever used a Lenovo keyboard that I didn't love. I think that the keyboard on this PC feels really premium. 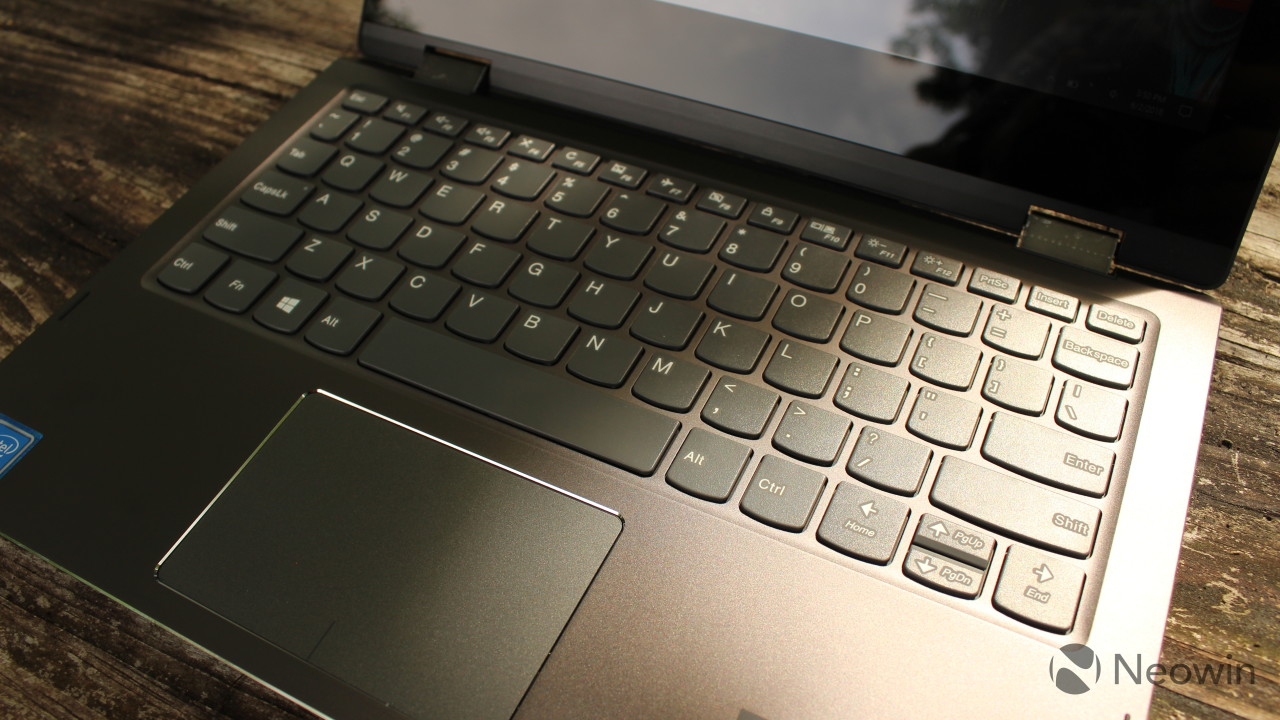 Lenovo's rounded keys always feel really comfortable to type on. And for some reason, it's never too sensitive, or not sensitive enough. It feels just right. Also, the keyboard is a bit smaller than a standard one given the form factor, but it doesn't feel cramped. Key travel hasn't been shortened either.

I also don't have any complaints about the Mylar trackpad. I'm a bit spoiled with the physical buttons on ThinkPad trackpads, but as far as general purpose trackpads go, this one is precise and comfortable.

There's a lot of good and a lot of bad about the Lenovo Flex 6 11, and again, that will be true of any PC at this price point. With that in mind, I wanted to give a shout-out to the 360-degree convertible form factor, as that's definitely the main selling point of the device.

With a 360-degree hinge, there are four main modes that you can use the device in. For the most part, you'll probably be using it in laptop mode, which is where the display is folded at the standard 90-ish degrees. I think that's pretty self-explanatory, so we won't go any deeper into laptop mode.

Folding the screen back a full 360 degrees is tablet mode, because you're using it like a tablet. Since there's no active pen support, you won't be using it for Windows Ink. Still, you might want to use it to play some (very) light games, or watch movies on Netflix or Hulu.

Another thing that's good about being able to use it as a tablet is that at this price point, people are often choosing between an inexpensive tablet and an inexpensive laptop. With the Flex 6 11, you really don't have to choose.

And then there's tent mode. Just like the name implies, this is where you're propping the device up like a tent. This can be good for watching movies, or displaying things like recipes while you're cooking.

Finally, presentation mode is where the keyboard is facing down and the display is folded up. This can also be good as a display for watching movies, although I wouldn't use it like that in the kitchen, since the keyboard might get greasy on your counter.

The whole point of this section is to draw attention to the fact that the convertible form factor offers quite a bit more functionality than a traditional clamshell laptop.

If you know anything about PC specs, then you know that performance is where the Flex 11 really struggles. The dual-core Celeron processor probably wouldn't be that bad if it wasn't for the 2GB RAM and the 64GB eMMC storage.

Remember, 2GB RAM is a very small amount of memory, and you can feel it in everything you do on this PC. Also, eMMC flash storage is much slower than an SSD, so everything about the Flex 6 11 is a bit rough when you're using it.

Normally, this is the part of the review where I'd explain how it performed in my normal workflow, which includes Chrome, OneNote, Skype, and Slack running all at the same time. That's not happening on this PC. If you're looking to get real work done, you're going to have to either spend a little more money or get a traditional clamshell with better specs.

If you're just using Microsoft Office or browsing the web though, you'll probably be OK. This machine could work great for students, or just people doing simple tasks.

This score of better than 12% of other PCs accurately reflects how well this thing performs. Next up is Creative, which checks more GPU-intensive tasks like video editing, mainstream gaming, and more.

As you can see, it does not perform well, and again, that's no surprise. Finally, the Work test checks productivity-related tasks like writing and spreadsheets.

The Work test results aren't terrible. Like I said, for basic tasks, the Flex 6 11 is OK.

If you're looking for a cheap convertible that's stylish and somewhat functional, the Lenovo Flex 6 11 is the way to go. In fact, at Lenovo.com, it's on sale for $249.99. Seriously, you can't beat that. You can get your Christmas shopping started early with that price. 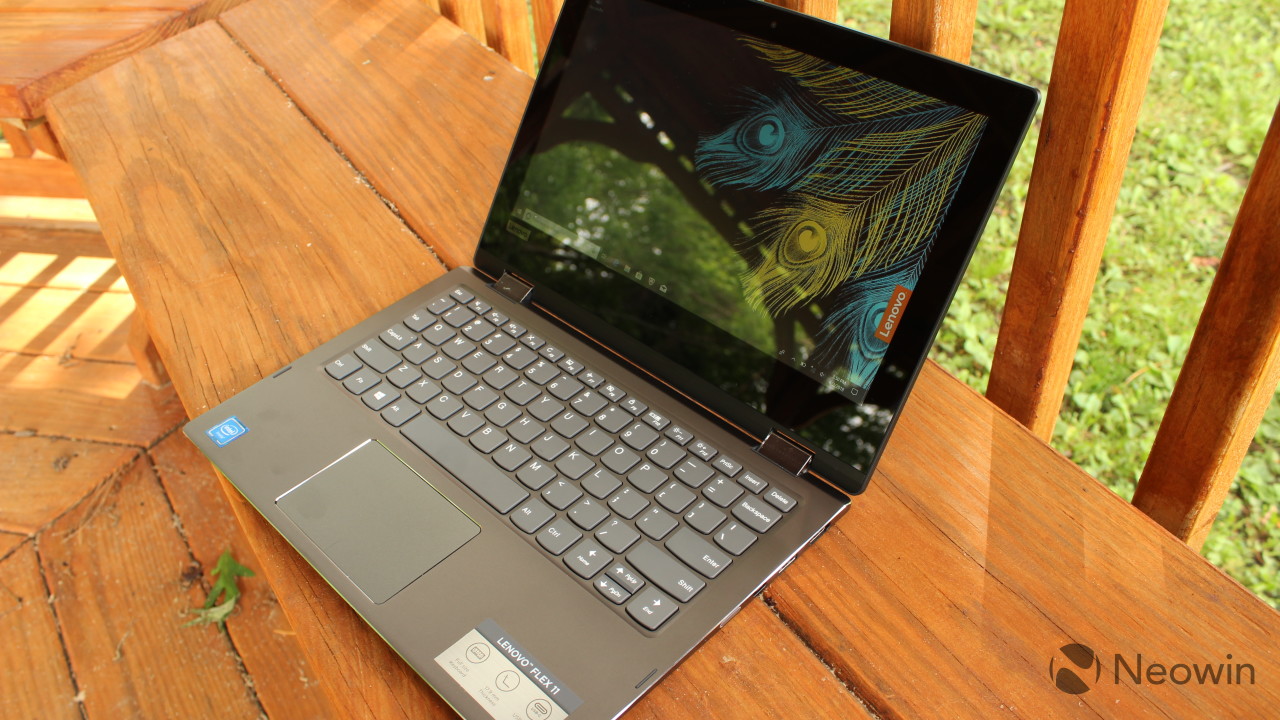 But I have a better idea. Lenovo is also selling a model for $386.99, which is just $57 more than the one I reviewed. This one has an Intel Pentium Silver processor and 4GB RAM, so you'll get a massive boost in performance with that. Storage is bumped up to 128GB, so you'll get more, although it's the same eMMC flash storage.

I think that the model that Lenovo sent me is OK for some very specific use cases. For example, if you're choosing between a tablet and a laptop and you don't have a specific use for either, this is probably perfect for you. Also, for the student that's just going to use the browser and Office apps, this definitely works.

Still, I have to recommend buying that higher end model for an extra $57. The added processing power and RAM will open up a ton of possibilities, and you'll just have a better overall experience. 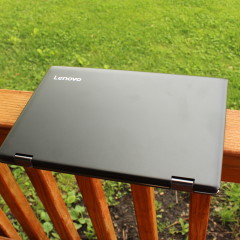 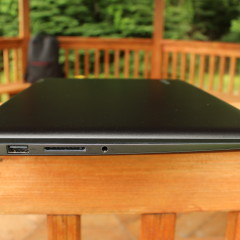 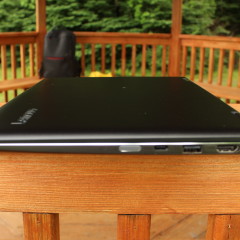 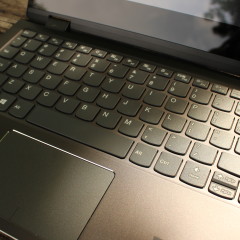 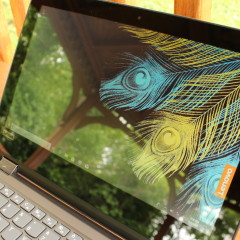 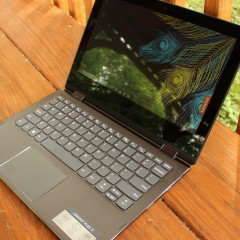 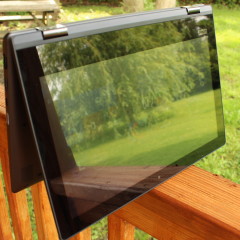 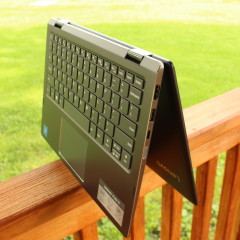 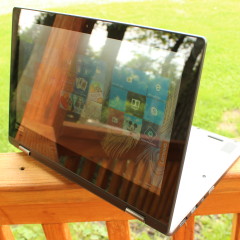 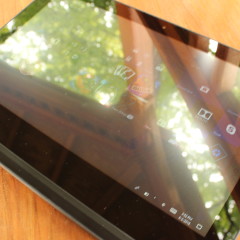