Back in July, I reviewed the Lenovo ThinkPad X1 Yoga with a 1080p LCD, and then a few weeks ago, I unboxed the 1440p OLED model. They're both wonderful machines, but what if these flagship machines are just a bit too big and bulky for you?

That's where the ThinkPad Yoga 370 comes in. Announced ahead of CES this year, the convertible Windows 10 PC includes a 13.3-inch display instead of a 14-inch one, but it maintains all of the cool features of the X1 Yoga, such as the retractable keys and the pen that's stored inside of the device.

These are the specs of the unit that I was sent.

I love the design of Lenovo's ThinkPad lineup. Composed of a carbon fiber material, it's not the same old design that you'll find from almost everyone else, which is to say an aluminum unibody that looks like it was modeled after a MacBook Air. No, instead of copying Apple, Lenovo dares to think different. 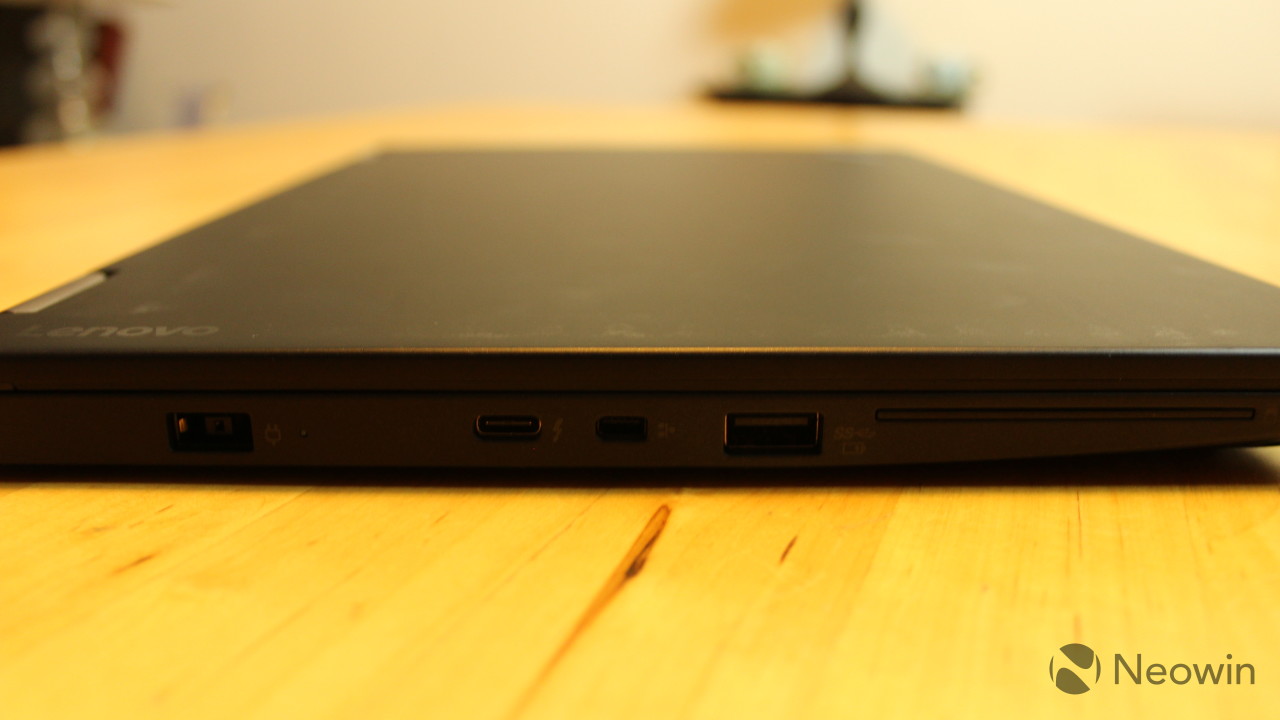 On the left side of the device, you'll find a power port, USB 3.0 Type-A, Thunderbolt 3, and Mini-RJ45. The cool bit about the Thunderbolt port is that you can use it for charging the Yoga 370, so users actually get dual charging solutions.

I'm a huge fan of laptops that do this. The main power port maintains backward compatibility with existing accessories, and the addition of USB Type-C for charging uses a standard that we're finding across many modern devices. Microsoft could take some notes from companies like Lenovo and HP that have implemented this idea. 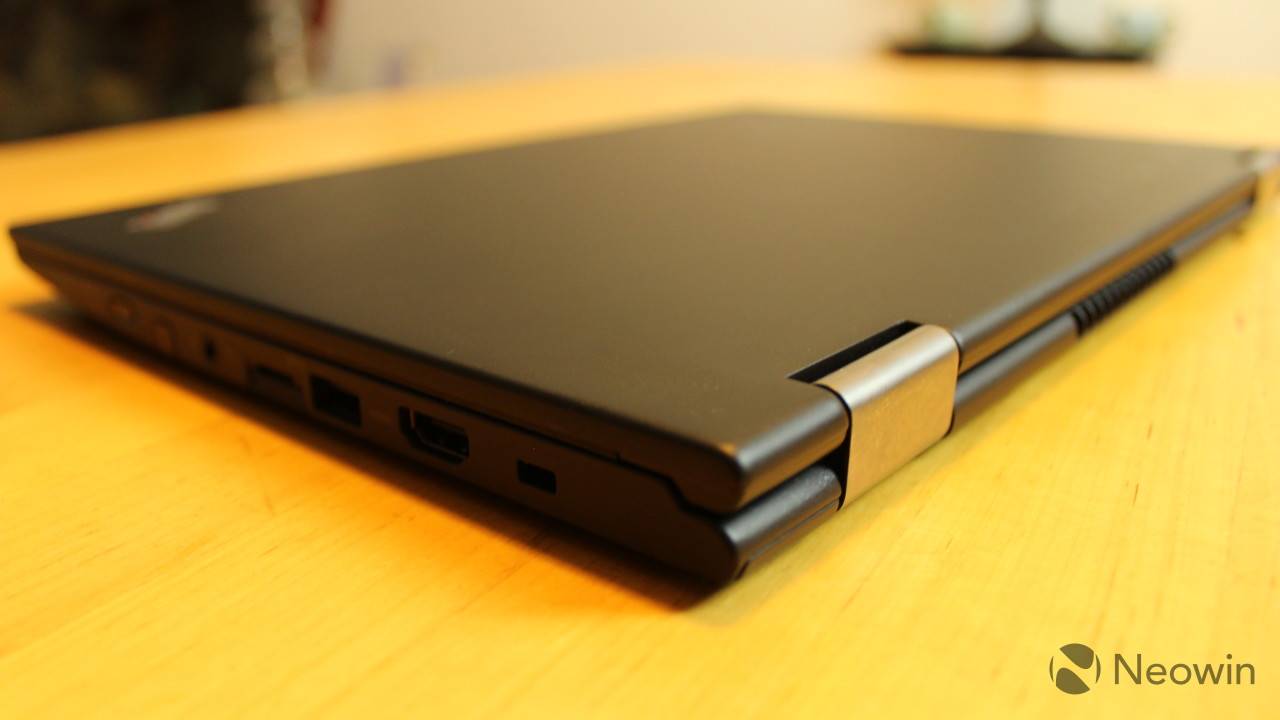 On the right side is another USB 3.0 Type-A port, HDMI, and a micro-SD card reader. You'll also find the power button over there, along with the pen, which is stored within the device itself.

The keyboard has the same rounded keys that you'll find on all of the ThinkPad PCs, and like the X1 Yoga, they retract into the device when you fold back the screen. Below the keyboard and all the way to the right is the fingerprint sensor, and right in the middle is the trackpad with left and right buttons above it.

As I've noted on other Lenovo convertibles, I do wish that there was a physical volume rocker. This comes in handy when using it as a tablet.

And let me tell you, the OLED ThinkPad X1 Yoga is stunning. I don't want to spoil a review that I haven't written yet, but it's just so pleasant to work on. In the meantime though, you can check out the unboxing and first impressions video. 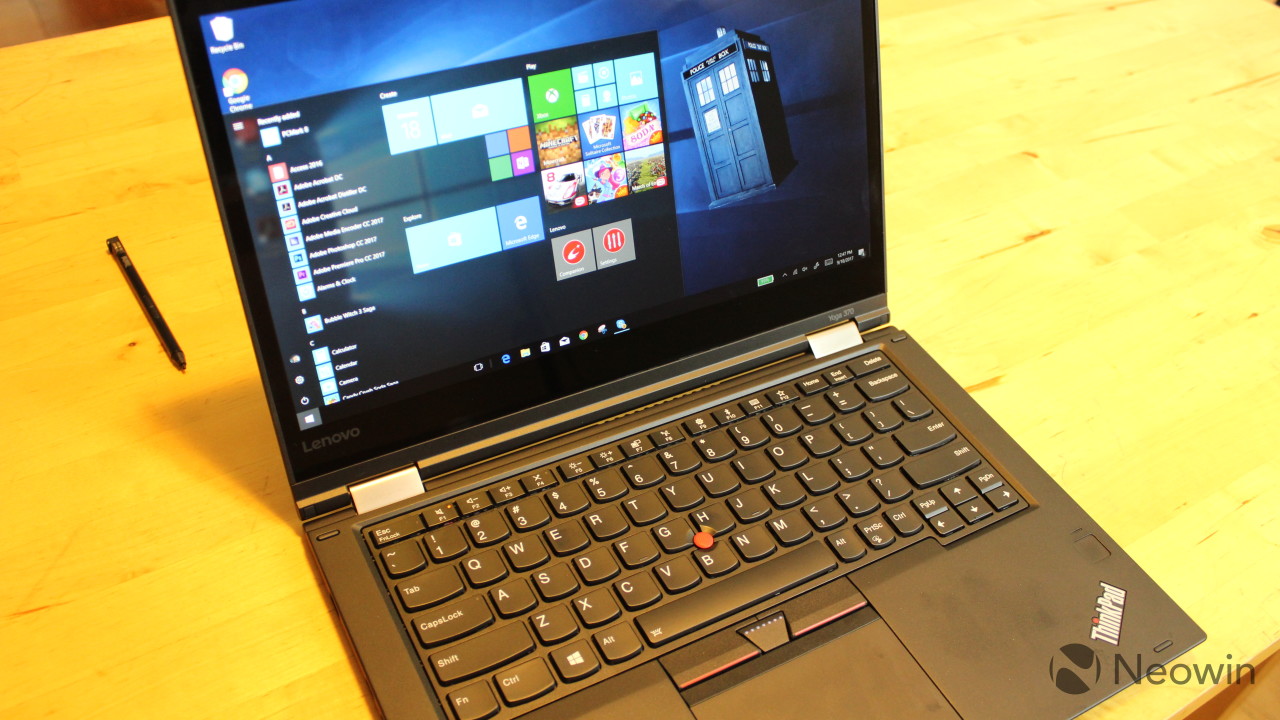 The reason that I draw the parallel between the Yoga 370 and the X1 Yoga is that they are extremely similar devices, but the 370 is smaller. The 1080p LCD limitation is one example of a sacrifice that comes with that.

I do wish there was a 1440p model, as I've often said that 1080p just doesn't seem like enough in a device with a 13.3-inch screen. 4K is too much, as it drains the battery, so 1440p is usually just right. This is disappointing in a PC that costs as much as this one does.

But other than that, the screen looks great. The colors are vibrant, and it's generally pleasant to use.

One other thing that's worth noting is that the ports on the Yoga 370 do support 4K monitors; in fact, one Thunderbolt 3 port can power two 4K screens or one 5K, and since there's a seventh-generation 'Kaby Lake' chip, you're free to stream various services in 4K, like Netflix.

The keyboard on the Yoga 370 has the same soft feel that it has on other PCs in the ThinkPad lineup. It's quiet to type on, which is great for me, as I'm known for being quite the loud typist (yup, I'm that guy). 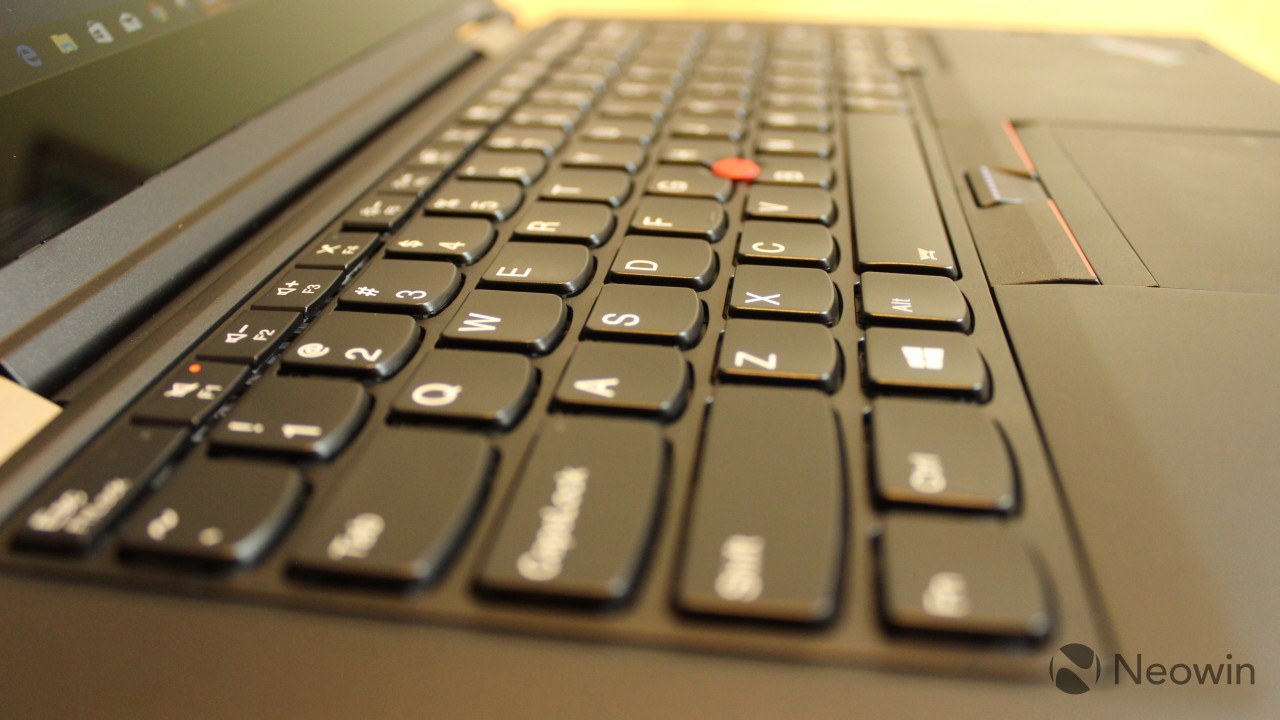 My one complaint is that it feels a bit small, and the keys are smaller than they are on the larger PCs. There's enough area surrounding the keyboard for Lenovo to have made a larger keyboard, so it really didn't have to be this way. It's not terrible, but they're small enough that you might accidentally hit some keys accidentally, depending on your typing skills.

One feature that I love though, and I can't say this enough, is the retractable keys, which Lenovo includes in all of its ThinkPad Yoga devices. When you fold the screen backward or forward, the keys retract into the device, making them flush with the body. It's one of those little things that make all of the difference.

Lenovo isn't promising Harman speakers on the ThinkPad Yoga 370, or Dolby Audio. With that being said, the speakers sound pretty good, lacking any sort of tinny qualities, and they can get fairly loud.

One area where the speakers are certainly lacking is bass. If you listen to a lot of pop or hip hop music, you're going to want some sort of external speaker setup, or you can use your favorite headphones. 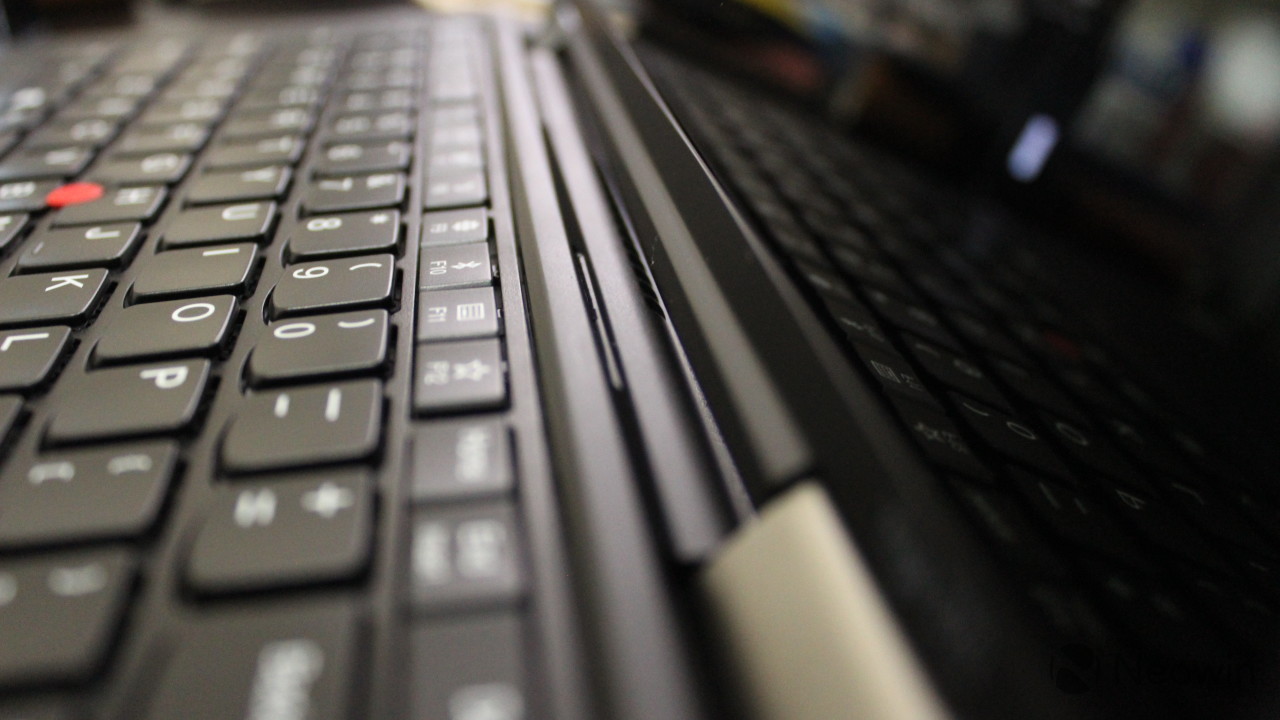 The speakers are placed above the keyboard, almost in the crevice of the hinge. I thought that this was an interesting solution to the convertible problem, where depending on which way the display is folded, the speakers might be pointed in the wrong direction.

As far as things like video chat go though, the audio sounds great.

For Windows Hello, the Yoga 370 uses a fingerprint sensor, which seems to be the route that Lenovo has chosen for itself. I'm more of a fan of facial recognition on laptop-style devices, as it feels more natural. 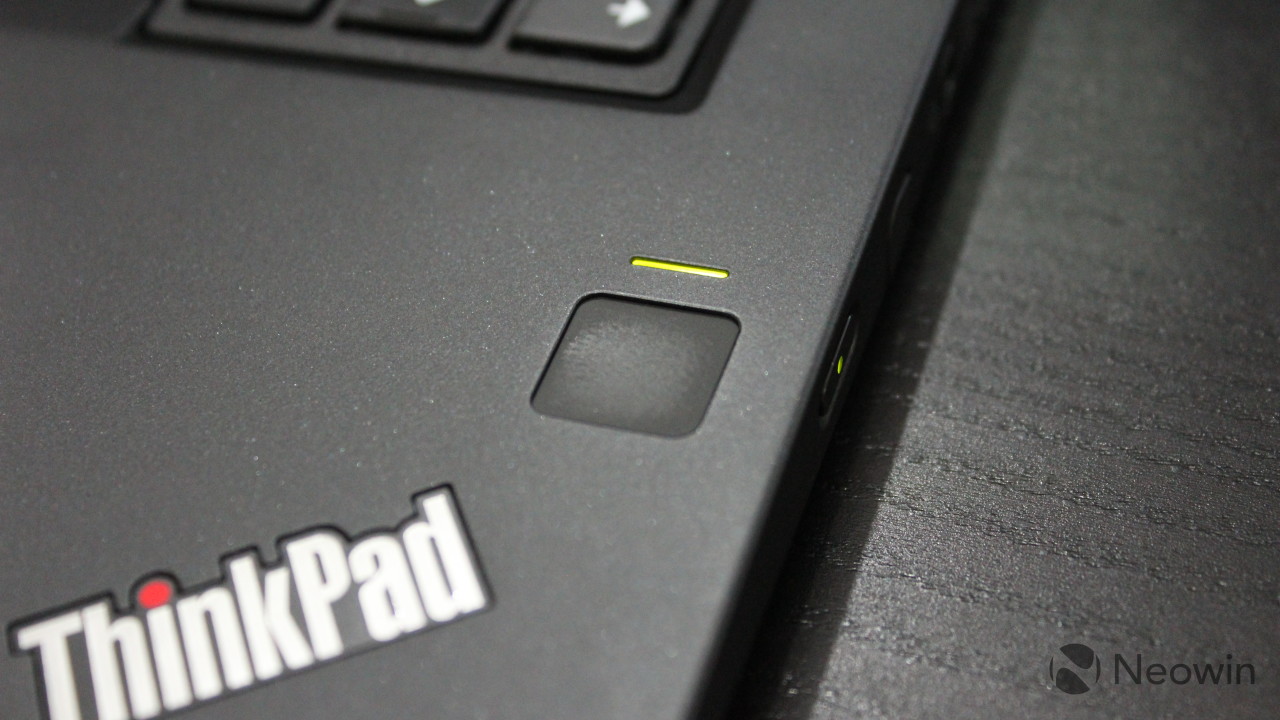 But the fingerprint sensor works just fine, and it's better than many Windows PCs that I've tested. I've not had any issues with signing in, so it works.

This machine is a Signature PC, and this one came with Windows 10 Pro, although the base model comes with Home. Signature PC means that there's minimal bloatware included, so you don't have to waste your first few moments with your new PC uninstalling McAfee antivirus.

You do get Lenovo Companion and Lenovo Settings, which are both pretty useful. The former is used for downloading and installing new drivers and firmware, and the latter can be used for various system settings that the company includes.

The pen and the 360-degree hinge

I love Lenovo's implementation of an active pen. I've seen way too many PCs at this point with no feasible way of attaching a pen to the device, so it's refreshing to see that Lenovo has a built-in slot for it. 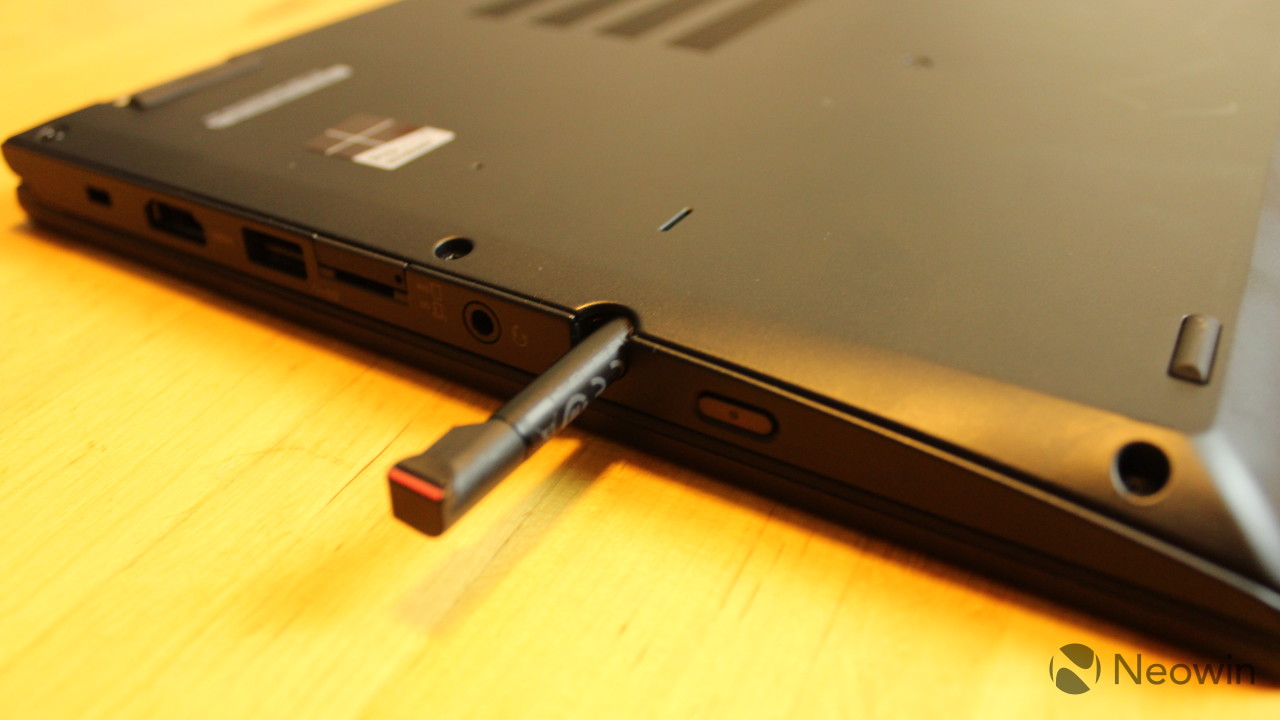 The active pen does include a rechargeable battery, but that's not something that you ever need to worry about. It recharges while it's being stored.

And as with all of Lenovo's Yoga devices, there's a 360-degree hinge, meaning that it can be used in a variety of form factors. This is where the pleasantness of the retractable keyboard comes in, as the keys don't get in the way when you're using it as a tablet. It's a minor annoyance on other devices, but it's always nice when a company takes the time to solve minor annoyances. 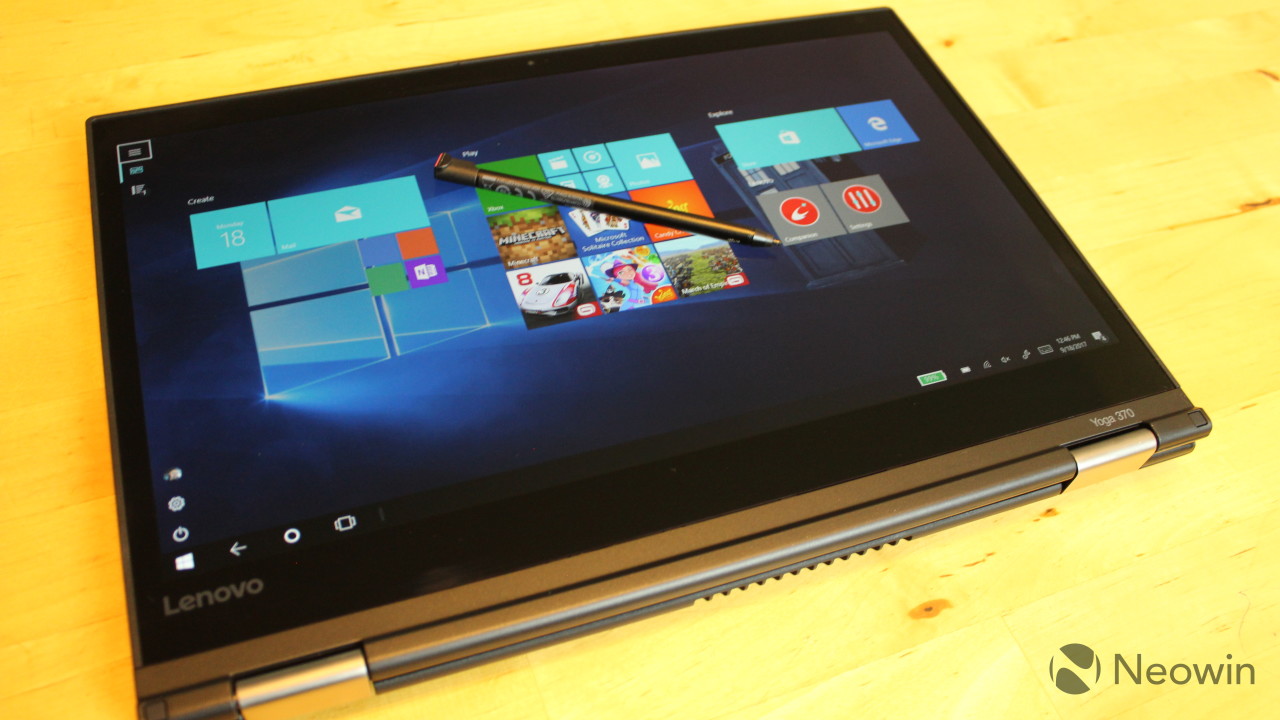 Of course, you're not just limited to a tablet or a laptop form factor. You can set it up in tent mode when you're watching a movie or doing a presentation, or you can fold the screen up and place the keyboard face-down. 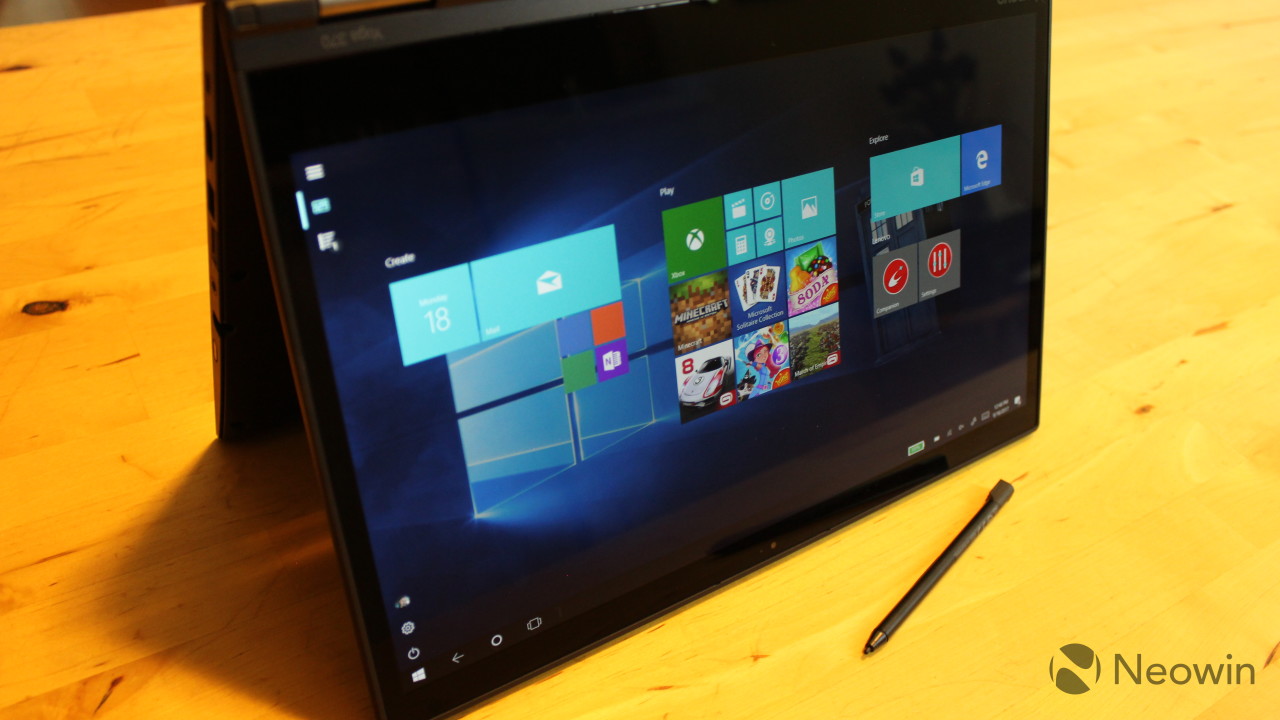 In my experience with Lenovo's ThinkPad Yoga 370, it's good for a solid six hours of battery life. This will vary with your usage, and you can probably make it last a good eight hours if you use all UWP apps.

My daily usage is between have a dozen to a dozen tabs open in Chrome, Skype, and OneNote 2016 open constantly, with sporadic usage of apps like Photoshop. These are all Win32 apps, so if you browse with Edge and check your email in the Windows 10 Mail app, you'll get much more battery life out of it.

But I really don't think that type of usage is realistic, and if it is for you, you may as well buy a Windows 10 S machine.

As I pointed out above, there are two different methods for charging: a legacy port and USB Type-C. Most of the time, I used USB Type-C, as it's super easy to have one charger that powers up the vast majority of my PCs. But again, if you've got a legacy Lenovo charger, that will work too.

The model that I was sent includes a Core i5-7200U processor, clocked at 2.5GHz. The '7' in '7200' means that it's Intel's seventh-generation 'Kaby Lake' chip, and the 'U' means that it's low-power. Kaby Lake U-series processors are dual-core, and it's the standard for what you'll find in a laptop, ultrabook, or convertible.

The 7200U includes Intel's HD Graphics 620, which isn't quite as good as the Iris Plus 640 integrated graphics that are found in the Core i5-7260U chip. The Core i7 models also include HD Graphics.

Also, this model includes 8GB RAM, although it's offered with up to 16GB. While I assume that Lenovo sent me this model because it expects this to be the most commonly used one, I'd recommend the upgrade to 16GB. It's an expensive machine, so spend a few extra dollars and get the most out of it.

With all of that being said, I've been happy with the performance on this machine. It's not rocking the house or anything like that, but it's suitable for day-to-day usage.

I used PCMark 8 for benchmarks, running three tests: Home, Creative, and Work. First up is Home, which tests things like web browsing, video chat, photo editing, and other common tasks.

Considering the processor and the lack of a dedicated GPU, the score here is pretty good. Next up is the Creative test, which checks up on things like video editing, video group chat, and more.

As I'd have suspected just from using it, the Yoga 370 does very well on productivity-related tasks. After all, that's mainly what I use it for, and haven't had any issues.

Like I said in the beginning of this review, if you think that Lenovo's ThinkPad X1 Yoga looks great but is a bit too big for you, look no further than the ThinkPad Yoga 370. It has the same premium carbon fiber design, soft and comfortable keyboard, and of course, 360-degree hinge. It also includes retractable keys for when you're using it as a tablet, and a pen that can be stored in the device.

The convertible also has what I'd consider to be the perfect amount of ports. Two USB 3.0 Type-A ports leaves room for a mouse and one more for anything else that you might want to plug in, and than you have Thunderbolt 3 for even more expandability.

But with all of that being said, this machine is still a little expensive, and if you're going to spend that much, I'd say that it's a better idea to shell out a bit more for the ThinkPad X1 Yoga. That's why I've repeatedly mentioned that the Yoga 370 is perfect for you if you think that the X1 is a bit too big.

Either way, I've always been a big fan of Lenovo's ThinkPad machines for their keyboards and carbon fiber designs, and the Yoga 370 holds true to the brand.