Back in March at Mobile World Congress, Lenovo announced the Yoga 520, which arrived in the United States branded as the Flex 5. It comes in 14- and 15.6-inch sizes, and the larger one is even offered in a 4K flavor.

It includes an Nvidia GeForce 940MX GPU with 2GB GDDR5, and while that doesn't make it a gaming laptop, it's still better than Intel's HD Graphics 620, which comes with the Core i7-7500U processor. There's a fingerprint reader for Windows Hello support, dual Harman speakers with Dolby Audio, it has pen support, and it offers a 360-degree hinge.

That's quite the package, especially when you consider that it starts at $849.99. For the price, it seems that the Flex 5 can't be beat. Read on for our review.

These are the specs for the Flex 5 15 review unit that I received:

The Lenovo Flex 5 is made out of a combination of polycarbonate and glass fiber, which adds up to something that looks and feels like an aluminum alloy in a gunmetal gray color. To be honest, there's really nothing exciting about it. There's no 'wow' factor here. And really, there's nothing wrong with that, but I don't know; it just feels bland. 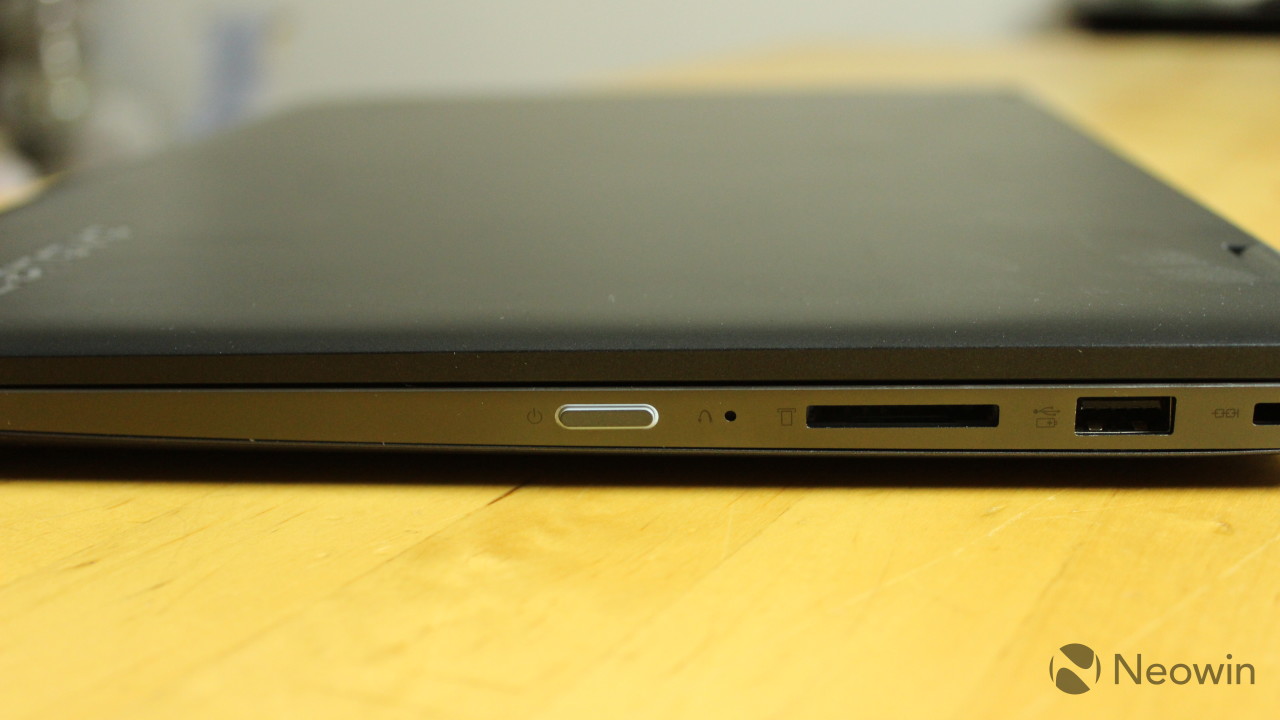 On the right side of the device, you'll find a 4-in-1 card reader and a USB 3.0 Type-A port, along with the power button. One thing that I really appreciate about that Type-A port is that it's always on. You can use this PC as a portable battery to charge your devices if you'd like. Even when it's shut down, you can charge your phone with it. It's a feature that's not on all laptops, and it really comes in handy.

On the left side are another USB 3.0 Type-A port, a USB 3.0 Type-C port, and HDMI 1.4b, along with jacks for power and 3.5mm audio input/output. While I'm pleased with the options, I really wish that Lenovo had used better specs with the Type-C and HDMI ports. I'd have loved if the USB Type-C was Thunderbolt 3, which would make it support two 4K monitors or one 5K monitor, or even if it was just USB 3.1. HDMI 1.4b is nice, but if you want to hook it up to 4K, you're going to wish it was HDMI 2.0. 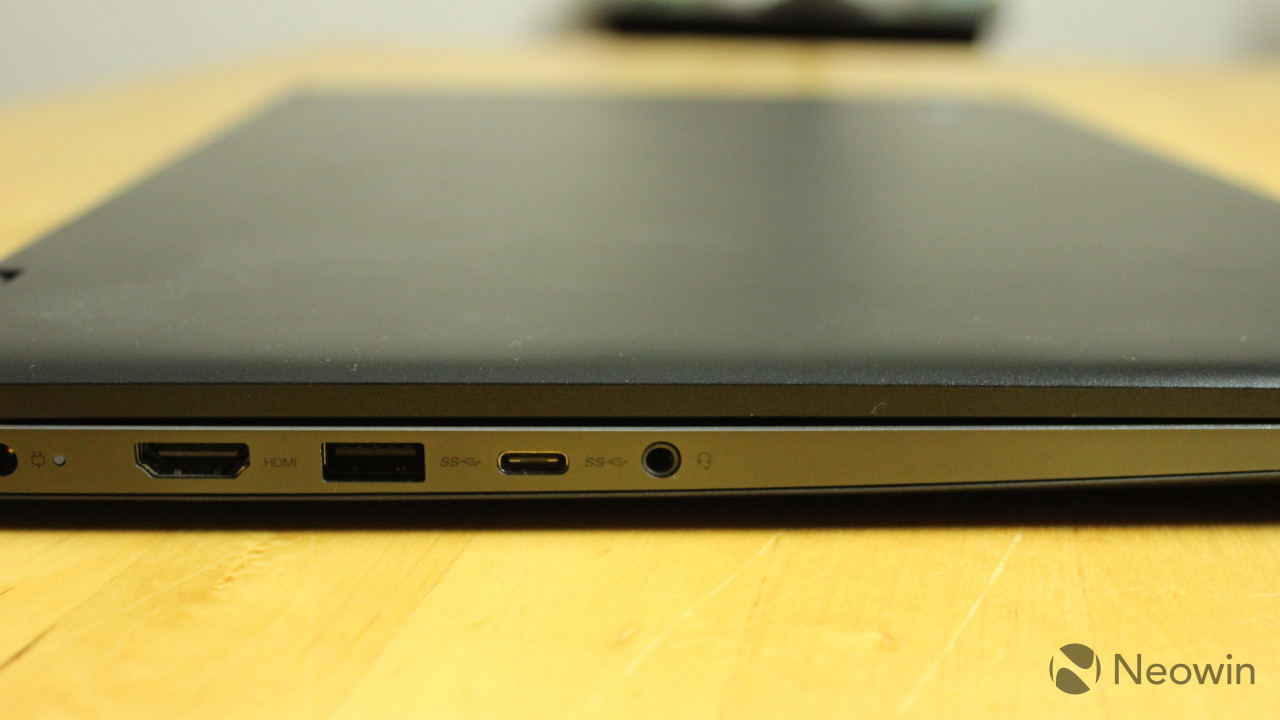 The fingerprint reader is placed all the way to the right, below the keyboard. I'm right-handed, so this works out fine for me, and I really can't speak to how much of an annoyance this would be for left-handed users.

One thing that I'd like to have seen in the design is a physical volume rocker. Those are always nice with a 360-degree convertible. While the software volume controls are just fine when using it as a laptop, it's nice to have a button to press when using it as a tablet.

I have to say, the screen on the Flex 5 looks pretty sweet. Normally, I'm not a fan of a 1080p resolution on a display this large (15.6 inches), but the colors look great and the bezels are narrow. It really feels premium.

With that being said, Lenovo lists this as being anti-glare, and that doesn't seem to be the case at all. It's very glossy and does show reflections. Again, it looks fantastic, but I wouldn't call it anti-glare by any means. 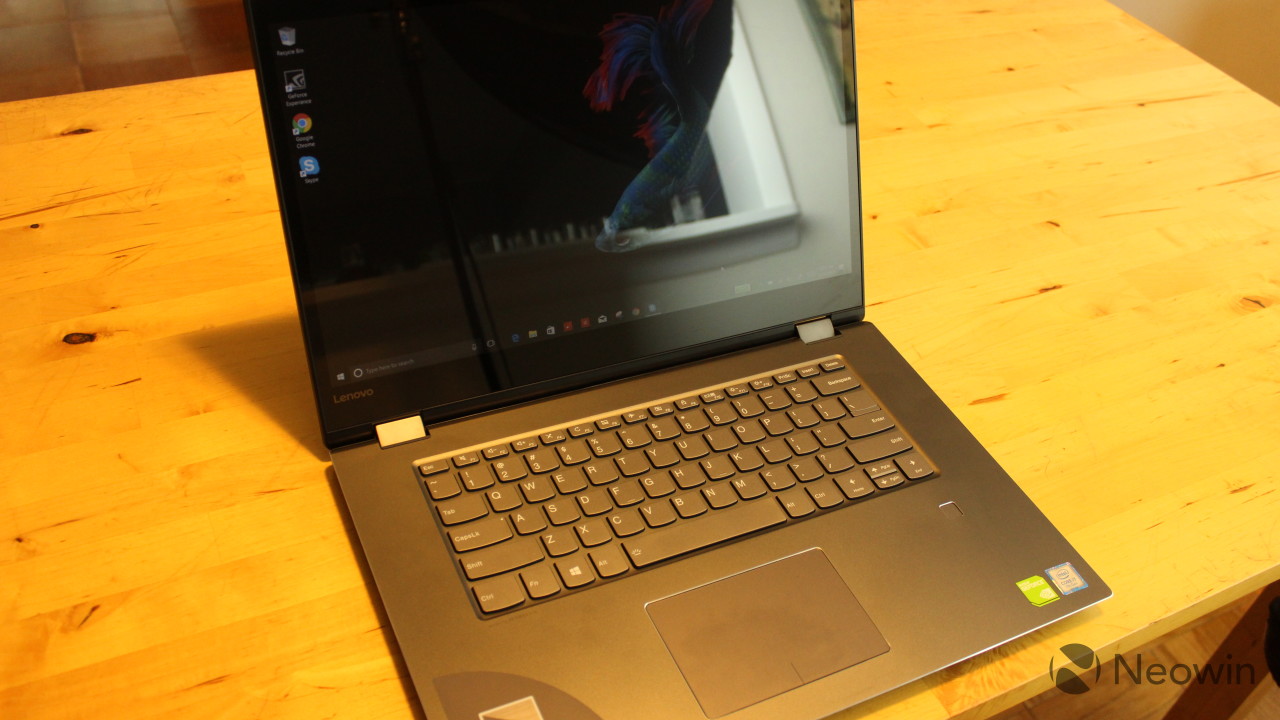 The screen also supports pen input, although oddly enough, it doesn't actually come with a pen. The pen from the ThinkPad X1 Yoga works fine, and it would have been nice if they included a pen that can be stored within the device like with the X1 Yoga.

But what's cool about the Flex 5 is that it comes in at a moderate price point, given the features that it offers. If you want a pen, you can buy a pen. At least you have that option.

Windows Hello is implemented on the Flex 5 15 with a fingerprint sensor that's placed right under the right side of the keyboard. It's pretty small, but I have to say, it works quite well. 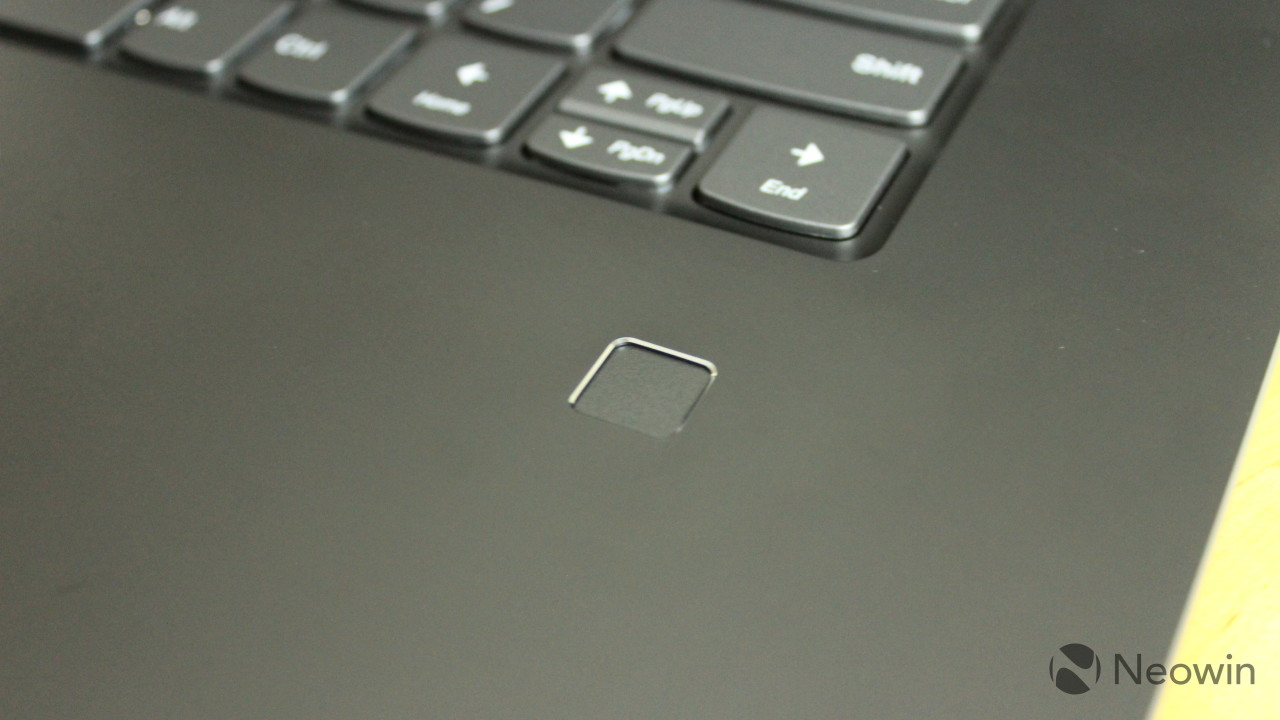 Fingerprint sensors on Windows PCs vary from device to device. I've been noticing some lately that just suck, but that's not the case here. I've not had any experiences where it hasn't worked, and it's fast enough. In fact, I'd go so far as to say that when it feels slow, it's due to the Windows 10 OS.

Personally, I'm more of a fan of facial recognition on a device of this form factor though. It just makes more sense to me, where you can just open up your laptop, it sees you, and you're signed in.

But a solid fingerprint reader is the next best thing. To answer some people's questions, no, it doesn't wake the device, and no, it won't serve as a Start button to open the Start Menu.

Like much of the Flex 5 15, the keyboard falls somewhere right in-between greatness and mediocrity. It's comfortable to use, but it's not on par with the ThinkPad X1 series of PCs. That's probably the biggest issue that I take with the Flex 5, in fact; I've seen what Lenovo can put in a PC, and this doesn't quite live up to that. Again, we can look at the price point as a solution to that. 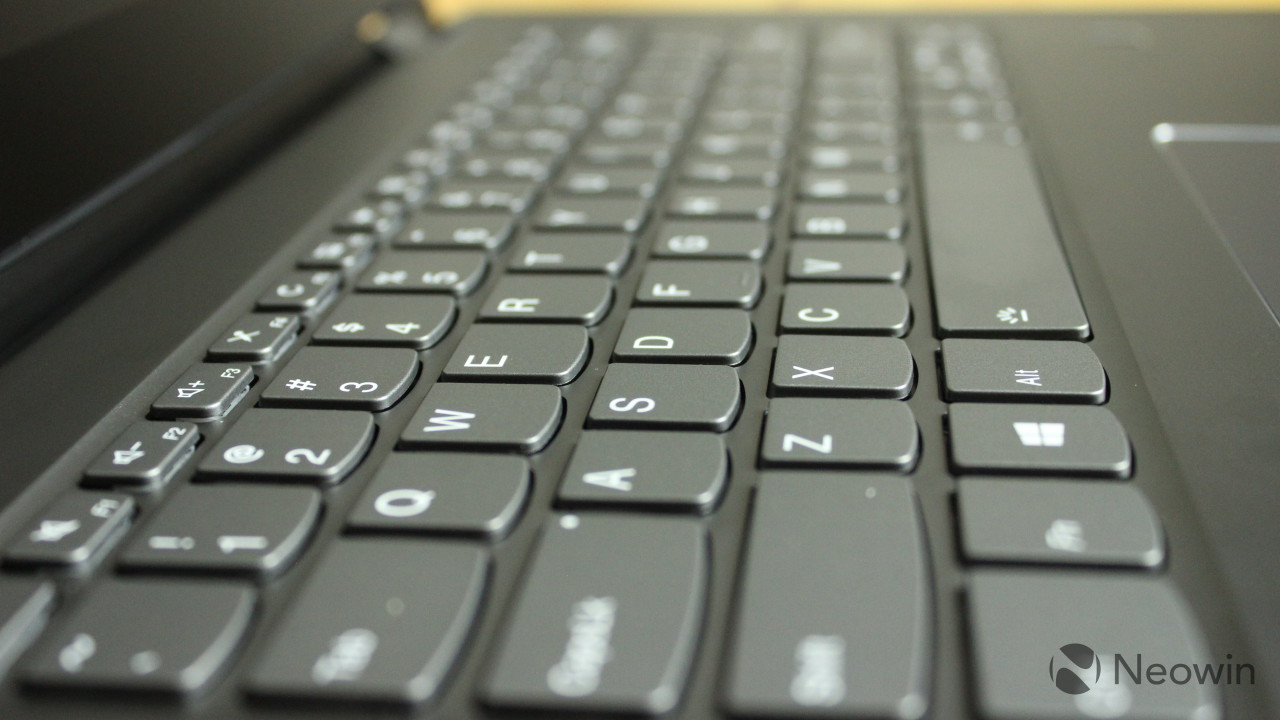 A feature that I've always loved about the firm's ThinkPad Yoga devices is the retractable keys, meaning that when you fold the display, the keys retract into the device, making for a flat surface. The Flex 5 doesn't have that, and I do wish that it did.

One more issue that I had is that while writing this review, the keyboard occasionally (rarely) became disconnected. The issue was similar to what you'll get from a Surface Pro with a Type Cover; the keyboard stops working, Windows asks if I want to go into tablet mode, and then everything starts working again. I don't think this is a widespread issue, and if it was, it could easily be fixed via a firmware update through the Lenovo Companion app.

But other than those minor things, I was happy typing on the Flex 5 keyboard, and this review was almost entirely typed on the Flex 5 15.

The Lenovo Flex 5 uses two Harman speakers with Dolby Audio, which are placed on the bottom of the device. I'm going to describe the sound quality as 'pretty good'. Let's go with six out of 10. 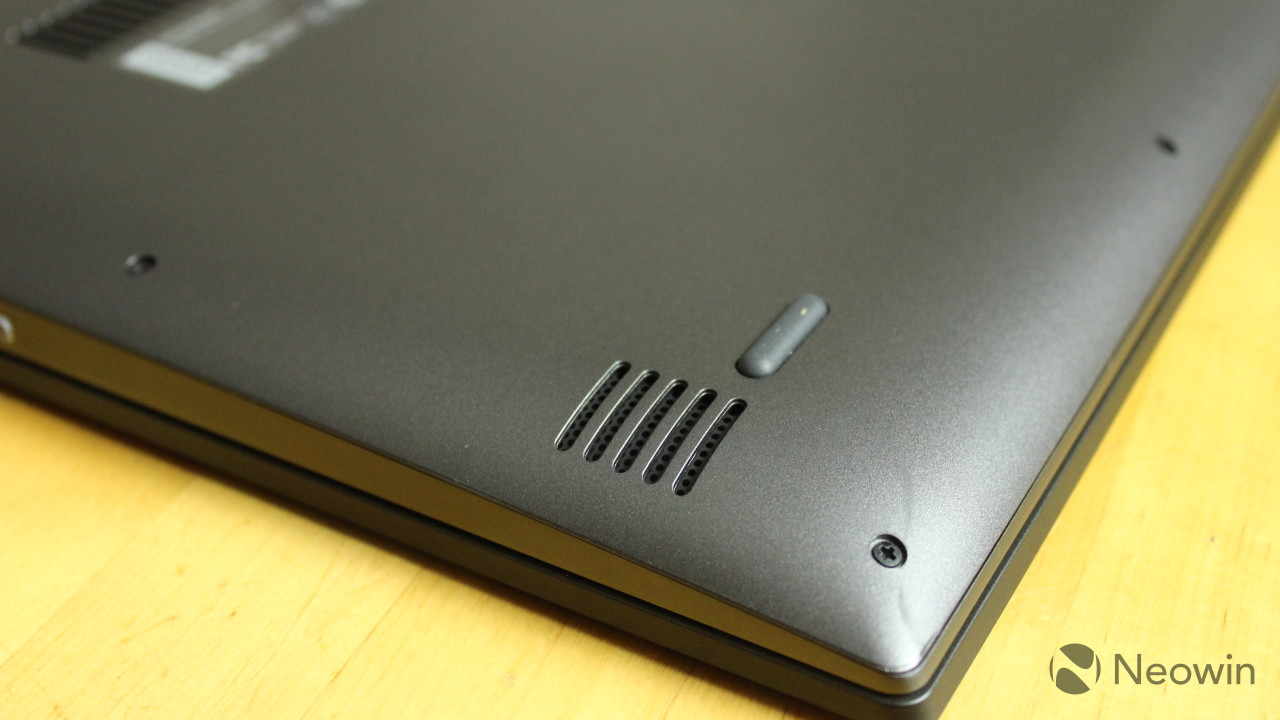 It lacks a bit when it comes to audio clarity, and it can sound a bit tinny at times. Again, these aren't major setbacks; when I say it's tinny, I mean to a small degree.

As far as volume goes, it does get pretty loud. You won't have any issues playing music on the Flex 5 while you're working.

You also get the benefits of Dolby's software, which offers pre-set settings for Movies, Music, Game, and Voice. There's also a Dynamic option which detects what kind of audio it is. I usually keep it on Dynamic, mainly because I'm too lazy to change it around manually, but I've also always found it to work well.

Finally, there's a Personalize option, which gives you controls for an equalizer, and toggles for Surround Virtualizer, Dialogue Enhancer, and Volume Leveler.

I've found that the Lenovo Flex 5 15 gets up to eight hours of battery life with average usage. For me, this mostly includes having between a half dozen and a dozen tabs open in Chrome, Skype, OneNote 2016, and then other sporadic tasks that use apps like Photoshop, Calculator (UWP), Word 2016, and Excel 2016.

And when I say up to eight hours, I do mean that with reasonable usage you'll almost definitely get at least seven hours. With heavier tasks though, you'll get less. For example, if you're installing a lot of applications from the web, editing video, or doing something else that's power-intensive, expect to use more power.

I've been satisfied with the battery life on the Flex 5 15, and I think that most of the time, you'll be able to get a full workday out of it, but you should probably keep a charger in your desk anyway.

Of course, the Flex 5 comes with a 360-degree hinge, which means that it can be used in a variety of form factors. One feature that's notably missing here is the retractable keys that Lenovo includes in the ThinkPad Yoga devices. On those, when you fold the display back, the keyboard becomes flush with the device, making it more comfortable to use.

That's called tablet mode, when the display is folded all the way back at 360 degrees. The other obvious way to use it is in a laptop form factor, which is at around 90-100 degrees. 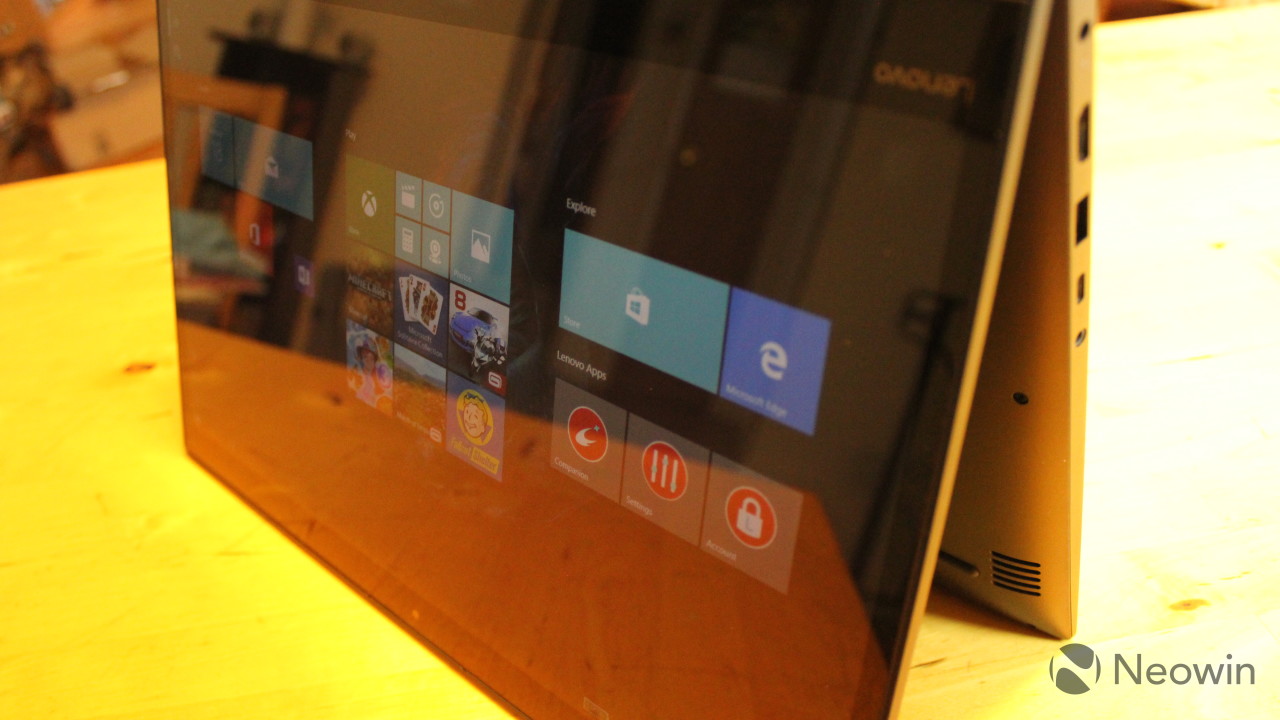 You can also put it in tent mode, which is where the device is propped up like a tent, or you can place the keyboard facing down and fold the screen up. Either of these can be great for watching movies or doing presentations.

One good thing about the design here is that the dual speakers are placed underneath the device, so if you're using it like a tablet or in a tent form factor, those speakers are facing toward you.

With an Intel seventh-generation Core i7-7500U CPU and an Nvidia GPU, you can bet that the Flex 5 provides some solid power for day-to-day usage. Kaby Lake U-series processors are dual-core, low-power chips, which is what's commonly found in laptops, convertibles, and ultrabooks.

I already broke down my general daily usage, which mostly includes Chrome, OneNote 2016, and Skype running constantly. I did some light photo editing in Photoshop, and I even tried out Premiere Pro. Everything worked fine. If you're really looking to go heavy on gaming or video editing, you might want something more powerful, but otherwise I think you'll be good to go with the Flex 5 15.

I used PCMark 8 for benchmarks, running the Home, Creative, and Work tests. First up is Home, which tests common tasks like web browsing, casual gaming, video chat, and writing.

The score is pretty impressive, despite only outperforming 40% of other machines. It still does better than Intel machines with integrated HD Graphics.

Next up is Creative, which tests more advanced things like video and photo editing.

Again, the performance is pretty impressive across the board. That's one of my favorite things with the Flex 5 15. It may make compromises in some areas, but it still performs at a moderate price point.

The point that I've been trying to make throughout this review is that while Lenovo's Flex 5 15 isn't the flashiest convertible on the market, and it doesn't have all of the bells and whistles, you still get a heck of a lot of bang for your buck. This machine that I reviewed can be yours for $849.99, and I don't think that you can beat that. 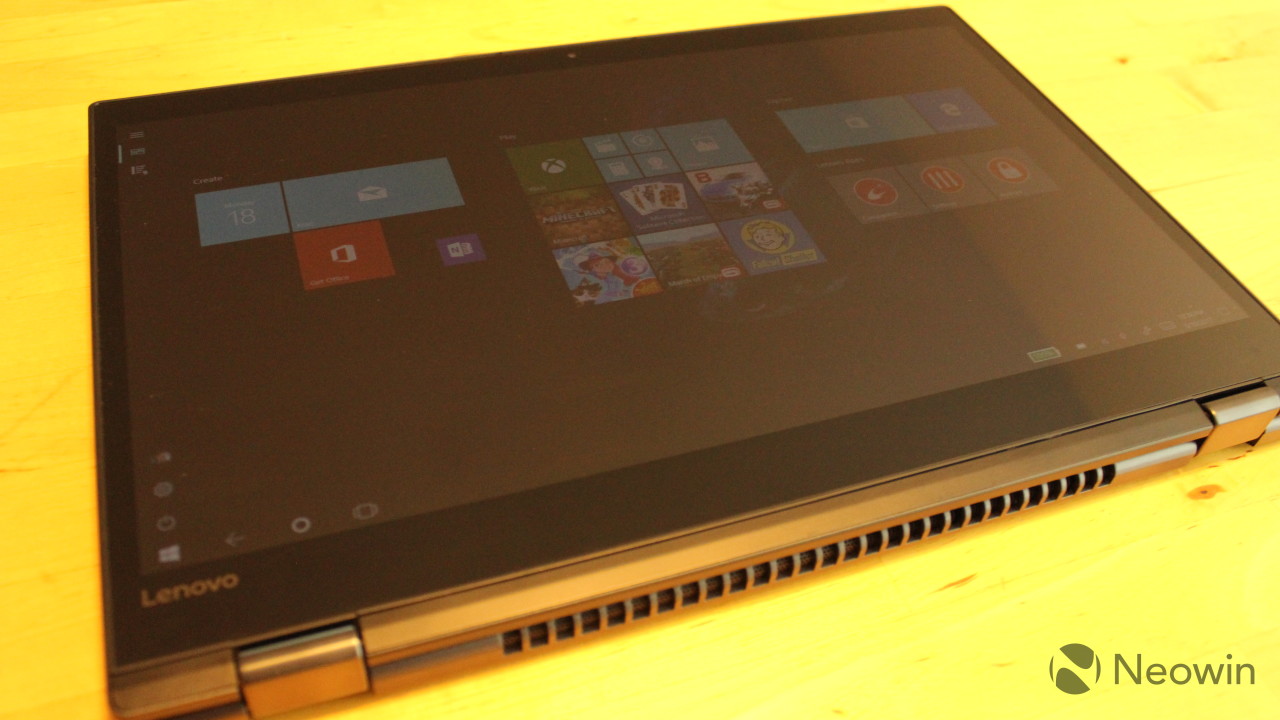 It's a 360-degree convertible, which means that you can use it in a variety of form factors. There's a fingerprint reader for Windows Hello, and it comes with pen support. You also get a Core i7 and an Nvidia GPU, so performance is great.

The downsides are that it doesn't come with a pen, and you can't really output at 4K with the lack of supported ports, so you can't get the extra use out of the GPU that you might want to.

Still, you get a big screen, a lot of power, and some great features in a convertible that doesn't break the bank. 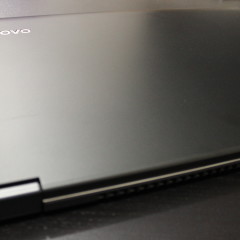 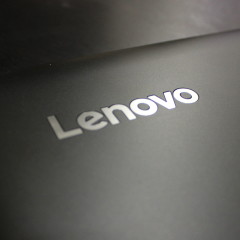 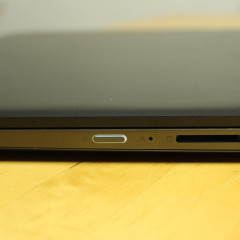 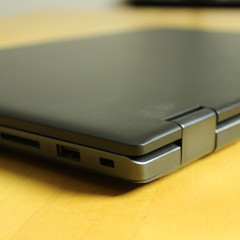 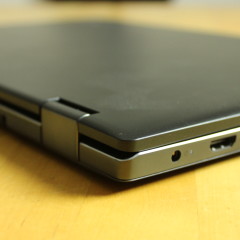 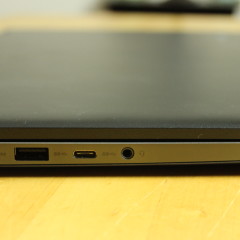 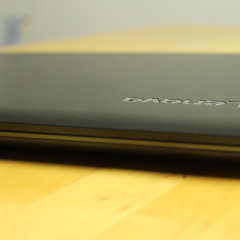 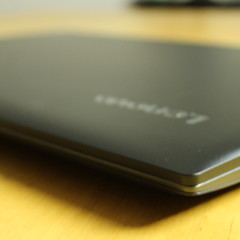 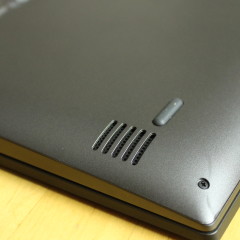 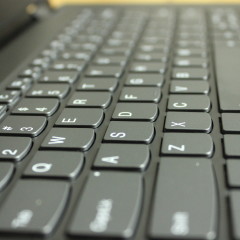 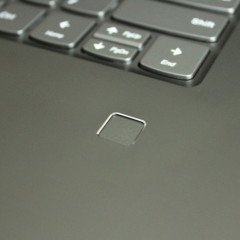 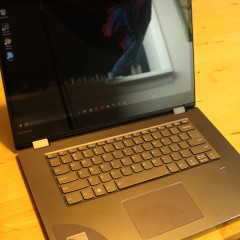 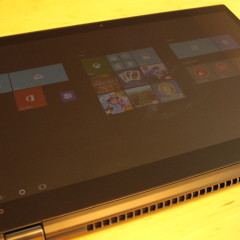 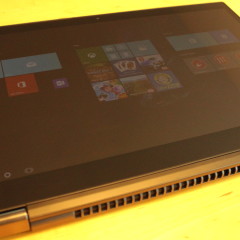 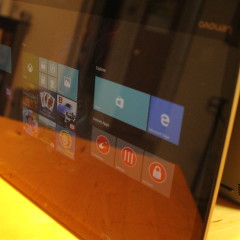