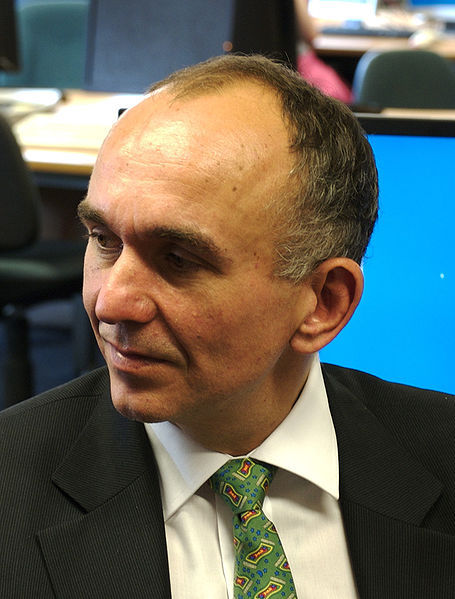 Peter Molyneux, the creator behind some of the most acclaimed PC and console games of all time, has a new gig. Today, he revealed on his Twitter page he was leaving Lionhead, the UK-based studio which he co-founded in 1997 and which was acquired by Microsoft in 2006. Lionhead co-founder Mark Webley will now take over the studio manager job for Microsoft.

In his announcement, Molyneux said he was departing Lionhead for "something really amazing, scary and brave, a new company called 22 Cans." Details about the new company have not yet been announced.

In a statement to Kotaku, Microsoft said:

As co-founder of Lionhead and an integral part of Microsoft Studios, Peter was the creative visionary behind the blockbuster Fable franchise, and one of our most passionate and influential developers for the Xbox 360 platform. He has made an indelible mark on the games industry and we wish him all the best of luck in his future endeavors.

This is the second time that Molyneux has left a game development studio he founded. Previously he left Bullfrog, where he helped to create classic PC games like Dungeon Keeper, Populous and more, a few years after it was acquired by Electronic Arts. At Lionhead, Molyneux lead the studio to develop games like the Black and White series for EA and The Movies for Activision.

Molyneux also lead the development of Fable, the Xbox fantasy RPG for publisher Microsoft. The game, released in 2004, lead to two sequels for the Xbox 360 console. It also lead to Microsoft acquiring Lionhead in 2006. Molyneux was later named as the European creative director of Microsoft Studios in 2009.

Also in 2009, Microsoft, Fable and Molyneux showed off Milo and Kate at E3. It was one of the first demonstrations of Microsoft's Kinect device for the Xbox 360. The demo showcased Kinect's voice and pattern recognition technology as a person talked naturally with Milo, a simulated 10 year old boy. While there have been conflicting reports about whether or not Milo and Kate was supposed to be turned into a full fledged game, Microsoft and Lionhead never showed anything more of that demo after E3 2009.

Molyneux leaves Lionhead in the middle of development for the studio's next major Xbox 360 game, Fable: The Journey, which will also have Kinect features. Lionhead also announced another new game, the Xbox Live Arcade title Fable Heroes, this week.