We’ve known for some time that Microsoft has been planning a further update to its Windows Phone operating system in the next couple of months, ahead of the more substantial overhaul that will arrive in the form of Windows Phone 8 later this year. But the exact composition of that interim update, known by its codename 'Tango', still isn’t completely clear.

Our understanding is that there are actually two ‘branches’ of Tango: the first is essentially a new variant of the Windows Phone operating system, designed to optimise the OS for entry-level devices with low-end specifications; the second is an update for existing Windows Phone 7.5 (‘Mango’) handsets, which will bring some minor improvements and additional features to current OS installations on mid-range and higher-end devices. 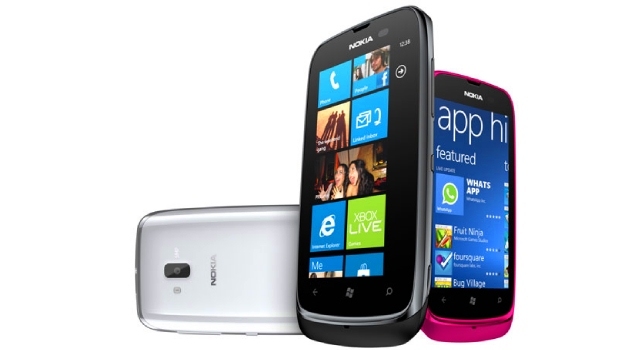 Lower-end handsets with 256MB of RAM, like the Nokia Lumia 610, will face some OS restrictions.

While Microsoft has worked hard to ensure that its OS works well on handsets with low-end specs, there have been some murmurings of ‘restrictions’ that would limit certain functions and features on devices with 256MB of RAM. At last month’s Mobile World Congress, where the first Tango handsets – the Nokia Lumia 610 and ZTE Orbit – were revealed, Microsoft downplayed this, but now LiveSide.net has dug out information from the official Windows Phone website, which confirms the nature of the restrictions imposed on handsets with 256MB of RAM:

App limitations: As Microsoft has acknowledged already, some processor-intensive apps won’t work with 256MB. The company previously suggested that up to 5% of apps currently available on the Marketplace will not work with this amount of RAM.

Fast-app switching: This feature will not work at all.

Local Scout: This feature will not work at all.

Video playback: Video compressed using some of the codecs that Windows Phone supports will not work (the affected codecs are not specified).

SkyDrive automatic photo upload: This feature will not work at all.


But for owners of handsets with better specs, the news is a bit brighter, as the Tango update will bring a few handy features:

Export and manage contacts to SIM card: Export contacts to a SIM card, and create/edit individual contacts on the SIM card (note: this feature is currently specified only on the Chinese version of the Windows Phone How-To site).

Location awareness icon: A new icon will appear on the status bar (see number 8 in image below) to highlight when an app is accessing your handset’s current location information.

Are the restrictions on lower-end handsets a lamentable sign of fragmentation in the Windows Phone ecosystem, or a sensible measure to expand the range of devices that can handle the OS? And are there any new features that you’d like to see on Tango, which aren’t listed above? Let us know in the comments below.