The attacks against Xbox Live and the Playstation Network have been relentless for the past month, causing outages on numerous occasions. It looks like the Lizard Squad hacking group might be to blame for the latest outages that are currently occurring on both platforms. 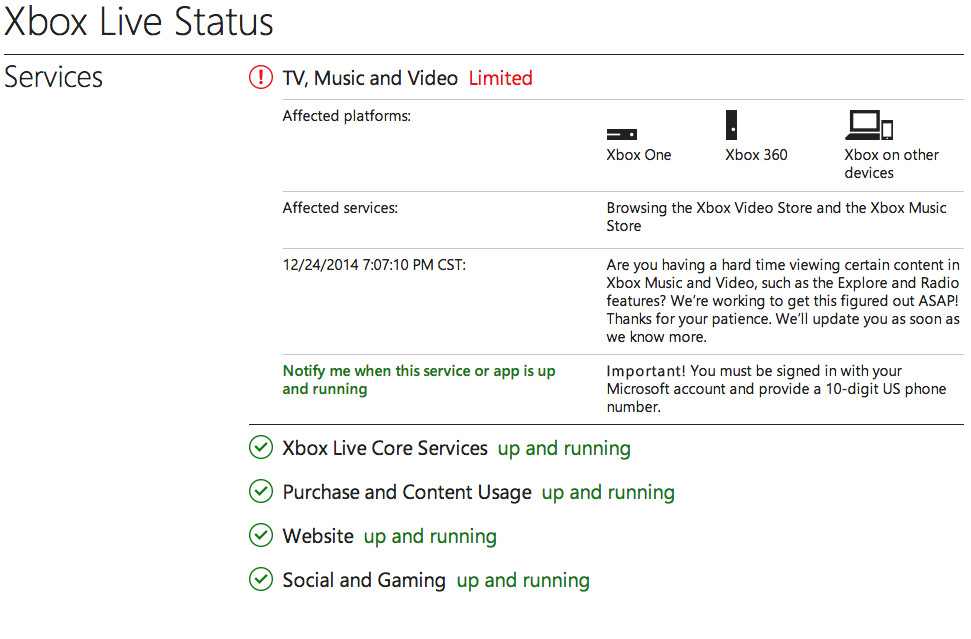 While many around the world are celebrating the holiday, it looks like Lizard Squad is looking to disrupt the joyous fun by causing outages for Xbox and Playstation owners. While it's difficult to confirm the source of the outages because of Lizard Squad's Twitter account being suspended, many suspect the team as the source of the disruptions. Nintendo's online services for the Wii U don't appear to be suffering any service interruptions.

Although the attacks have been occurring for some time, it looks like Microsoft has recovered some of its service for the mean time, while Sony is still struggling to resurrect its service in time for the busy holiday weekend. This story will be updated with any changes to the network issues.