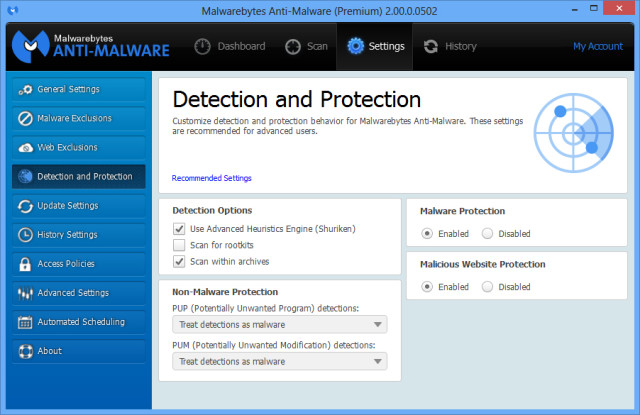 The following are the known issues for the first MBAM 2.0 RC1: