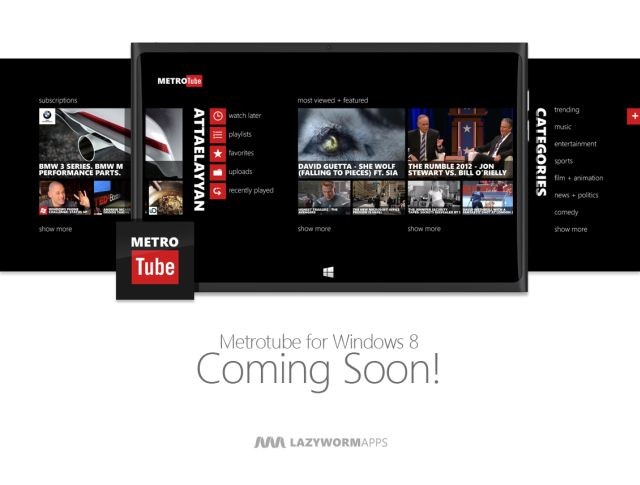 Developer Lazyworm Applications launched the Metrotube app for Windows Phone devices some time ago. The third-party YouTube app has turned into one of the most popular and highly reviewed YouTube clients for Microsoft's mobile OS. Today, Lazyworm announced that a Windows 8 version of Metrotube is in the works and is very close to release.

The developer announced their Metrotube Windows 8 port on their Twitter page and in a news release to the media, the company said that the port is now in beta and should be submitted to the Windows Store for publication within two weeks.

The Metrotube port for Windows 8 will be a free app to download without any ads. However, Lazyworm stated, "Seeing as we passionately hate serving up ads within our apps, we plan to introduce an in-app purchase 'donation' system in the hope that enough people will be happy to support ongoing development." We plan to get some more details from Lazyworm about Metrotube for Windows 8 in the near future. 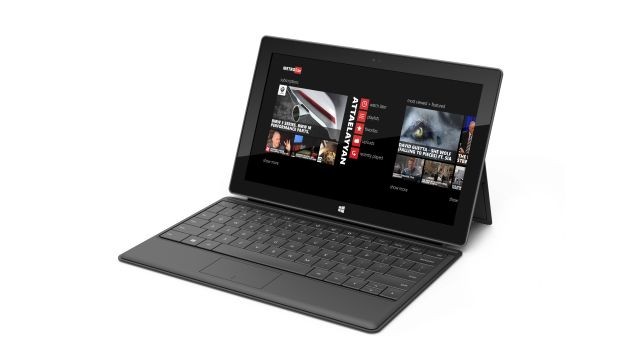 Lazyworm Applications has already released the Twitter app Tweetro+ for Windows 8 and has announced plans to bring the Windows Phone newsreader app Weave to Windows 8 sometime this June.