Microsoft added some new photo-related features to its SkyDrive storage service in May, including a new photo timeline. Today, the company announced even more new photo additions for SkyDrive users, including added support for more file formats and some improvements in sharing images.

Microsoft, for some odd reason, decided to add viewing animated GIF images in SkyDrive with this new update, so those annoying cute images that you see in so many banner ads can now be included in a SkyDrive photo folder. Microsoft has also added the ability to rotate photos in the SkyDrive folder, along with putting in photo filters in the "all photos" view, which was something that was recently reported as coming down the pike. 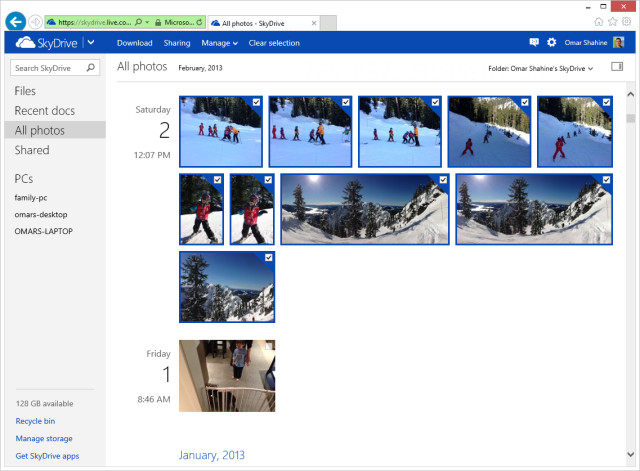 Sharing photos on SkyDrive should be easier as Microsoft has now added a way to share individual groups of files from anywhere on a SkyDrive account. Microsoft states: 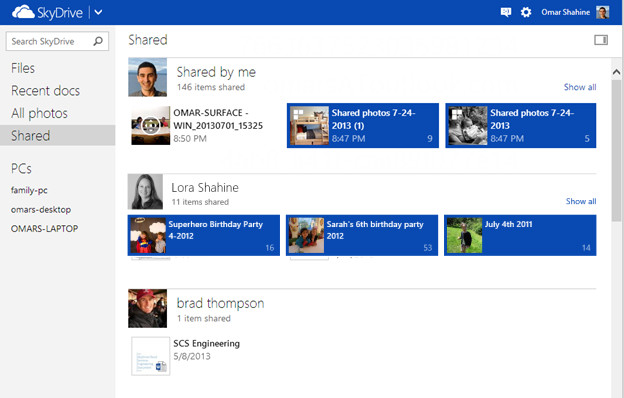 The update includes a new Shared view, shown above, that lets a user see which files he or she have shared, along with with files other SkyDrive subscribers have shared with the user. Also, there's an email share option called "Recipients can edit" that when selected lets people edit files shared on SkyDrive, without the need to sign into the account.

Finally, heavy text editors and developers will now be able to edit more text files in SkyDrive, such as JavaScript, CSS, HTML, and a number of code files. Those files can also be shared with others who can edit them as well.