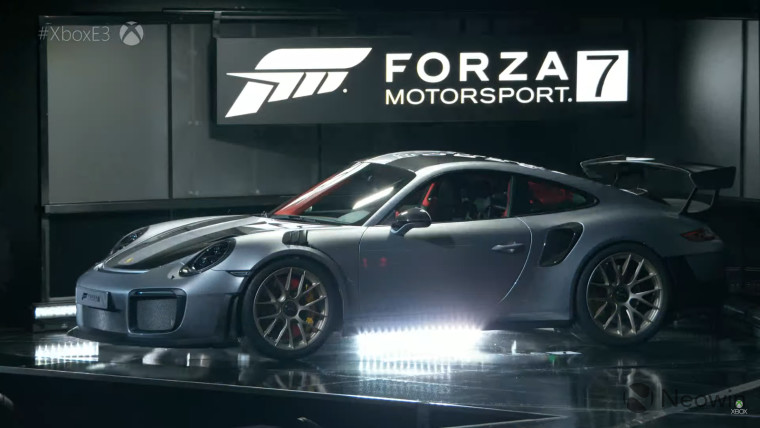 One of the first new games Microsoft showed off for their new Xbox One X is the latest addition to Microsoft's popular racing series, Forza Motorsport 7.

Phil Spencer confirmed previous speculaton that the game will run at native 4K on the new Xbox One S but will, of course, also work with the rest of Microsoft's current generation of console. Also available in game will be over 700 cars and 30 different locations to race around in. Microsoft even had a surprise announcement for us, unveiling Porsche's new 2018 Porsche 911 GT2 RS super car at their conference, a first for a gaming show of any kind.

Though Microsoft's Play Anywhere initiative, the game will be available to play on both consoles and the PC starting October 3, 2017.