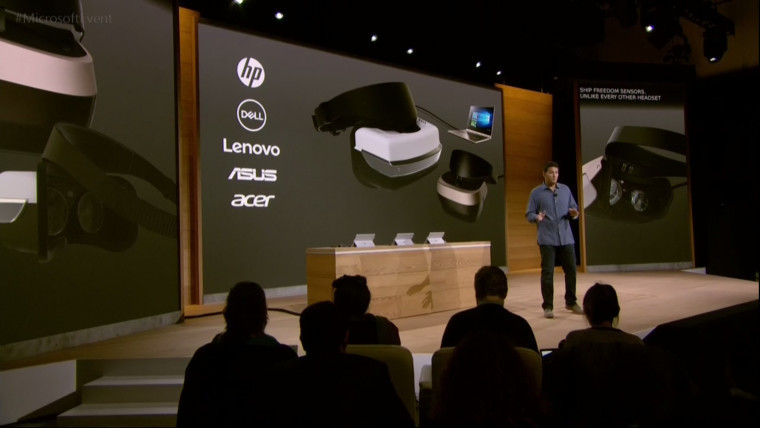 While Microsoft is already a major player in the AR space, it also has big ambitions for VR. To that effect, the company today gave us our first look at Windows 10-powered virtual reality headsets that are to take on the offerings from the likes of Oculus, HTC and Samsung.

Starting at $299, the headsets will be offered by a variety of Microsoft partners, such as HP, Dell, Lenovo, Asus and Acer. Taking advantage of the VR features in the upcoming Windows 10 Creators Update, these headsets are also expected to feature 'inside-out' tracking, meaning they don't require external cameras to track - and project in the virtual environment - the user's motion in the real world.

This would make them the only contenders to Oculus' self-contained Santa Cruz prototype in the market, though they do still seem to be wired so some crucial details are still left to be seen.

While the technical details will inevitably be released by Microsoft sometime in the future, the relatively low-cost of these devices may make them a smash hit, and a fitting middle ground between the cheaper but lacking-in-features mobile headsets like Samsung's Gear VR and the more powerful but costly Rift.