It's not often that you would see a super sized Windows Phone device go up next to a Macy's in New York City. It is Microsoft's way of creating the landmark for an upcoming secret reveal which "will bring Windows Phone to life in a big, big way." As posted on the Windows Phone blog, the event will take place on November 7th and will only be open to those who have been invited to the reveal. To add onto the fun, they have also made mention of an extra event that will occur within the pedestrian plazas of Herald Square around noon that day.

The invite to the event featured renderings of Samsung's Focus S and Focus Flash as well as HTC's Titan with AT&T branding. With all three phones currently unreleased in the United States, Microsoft may be cooking something up with this reveal event between the two private portions and the other public one. Maybe the public event will celebrate the release of the three devices with a giveaway of sorts. Only Microsoft knows what they have up their sleeves to provide "an unique experience."

If you are in the area around the specified time on Monday, consider taking a drop by. 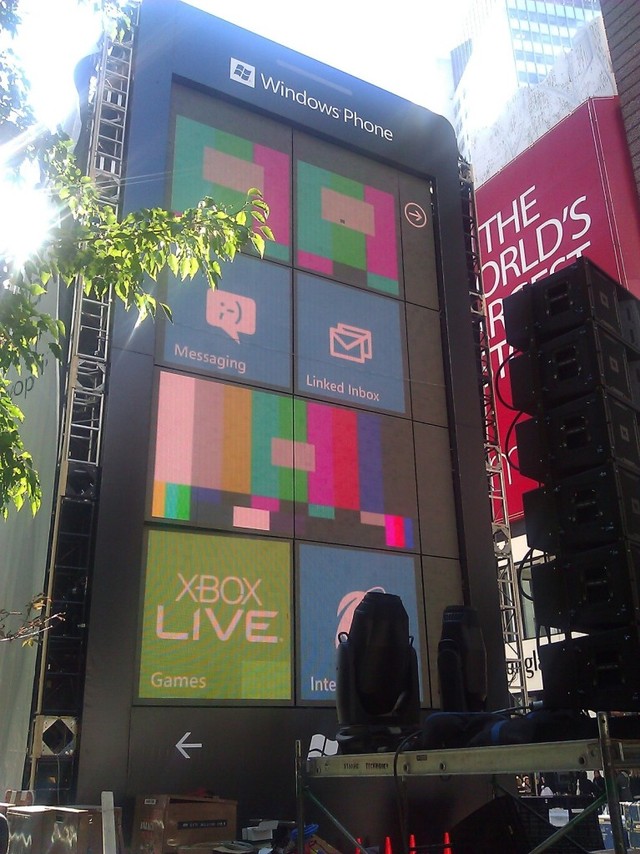 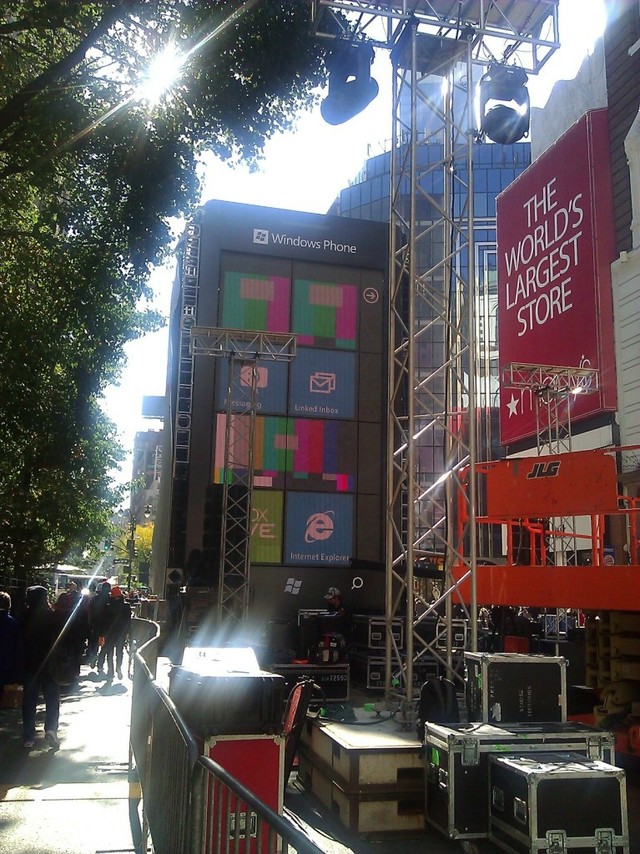