With a string of updates already under its belt, the Xbox One has been quietly getting better and better in recent months. By all accounts, it seems the Xbox One hasn't been selling in quite the same volumes as the PlayStation 4 so far, but Microsoft is working hard to boost the appeal of its next-gen console.

The next update is already in the works and, for those enrolled in the Xbox One update preview program, the wait will soon be over. Microsoft today revealed details of the latest update to those on the program, promising that "the next wave of preview updates will start rolling out in the next few days". 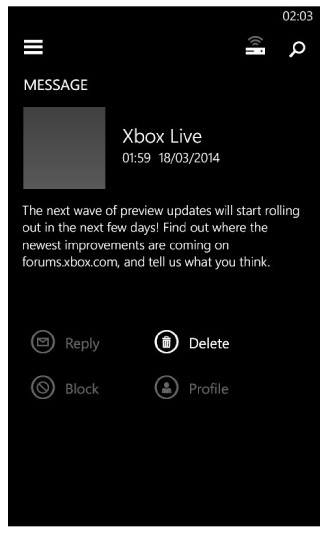 According to Microsoft, the next update (1404, or 'the April update') will differ from earlier previews, running for a longer period than normal. In fact, the 1404 preview may consist of two or more releases, with new features being added in later preview builds.

Microsoft was also good enough to share details of what to expect in the later 1404 update previews:

Nothing too wild then, but all improvements are welcome, after all. And don't forget, all these small but lovely enhancements will be available for you to enjoy (if you're on the preview program) within the next week or so.

Source: Xbox Forums (for update preview program users only) | Thanks to AJ for the tip!